A new investment at the old GM plant has optimism riding high in the Mahoning Valley. 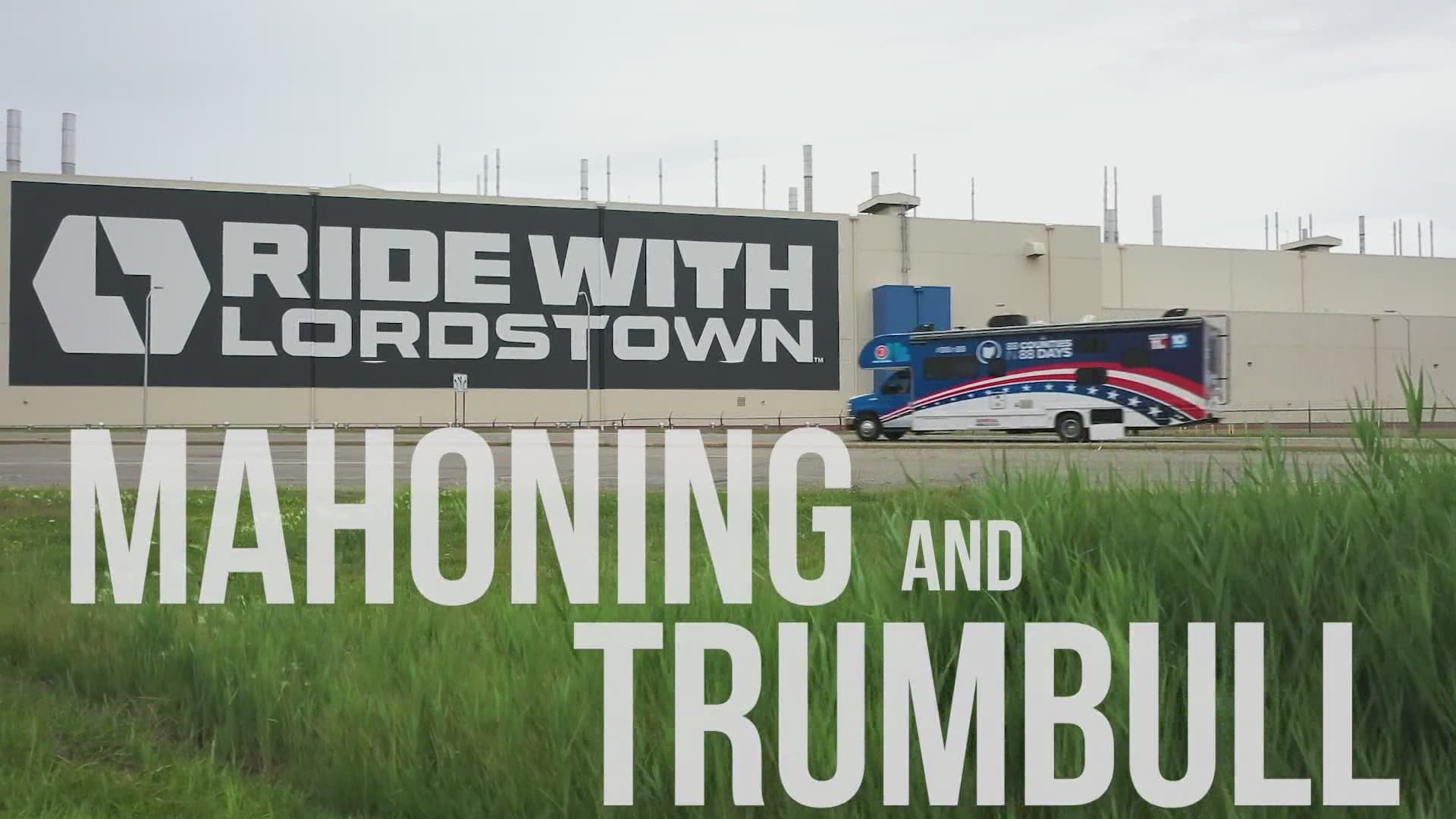 LORDSTOWN, Ohio — This content is part of our 88 Counties in 88 Days coverage, which focuses on the current issues Ohioans are facing in this election year.

When the last Chevy Cruze rolled out of the General Motors Lordstown plant in March of 2019, some worried it represented the end of the line for the Mahoning Valley, which includes Trumbull and Mahoning counties.

The working-class valley that gave birth to Lordstown, Youngstown and Warren have for decades suffered from the loss of steel production and other manufacturing. But the Cruze, once a top-selling small car, fueled hope, if not a decent living for thousands.

“My lunch crowd has been traditionally 70 percent GM for 20 years,” Earl Ross, Owner of Ross’ Eatery & Pub in Lordstown, which located just a short drive from the plant. “Trumbull County, the whole valley, it just trickles down. But I was effected immediately.”

Yet, new investment and optimism is running high, says Ross and others who spoke to 3News for its 88 Counties in 88 Days project.

They say Trumbull and Mahoning counties and their residents are no longer defined by the giant automaker. They point to an all-electric truck company that’s taking over the GM plant, new battery plants and energy companies reshaping the landscape.

“The writing was on the wall for three years,” Ross said. “They were still here and making good money. But you could tell there was scared money in their pockets. Now you got guys coming and spending money making places nicer. They are spending $2.3 billion building a battery plant. Multimillion-dollar companies. One-million-square-foot industries. They are coming here. We are looking forward to being Voltage Valley.”

Lordstown Mayor Arno Hill said the counties are moving ahead in part because they are no longer stuck in the past.

“Maybe [GM] getting out of Lordstown sooner rather than later helped us position ourselves to be able to get a battery plant and look forward instead of always looking behind,” he said.

“What’s unique to this county is the ability and wealth of utilities,” he said. “All that’s still here. Lordstown has figured out how to capitalize on it.”

But the coronavirus pandemic is slowing Trumbull and the valley’s progress. Lordstown Motors, the all-electric truck company, said recently that the pandemic has forced the company to push back production on its new truck. The company said it had more than 14,000 pre-orders.

Ross’ business has also been forced to make changes.

“You got half the world ticked off and half the world scared and they are both trying to come to eat here and now you have masks showing that you are Democrat or Republican somehow because you are wearing one or not wearing one,” he said. “No place for that here. I have big sign outside of each door. We are told we have to wear it. I’m just hoping having not to police it.”

His pub now stretches out under a parking-lot tent to give customers more room, another chapter in his decades-old Mahoning Valley story.

“A roller coaster ride, that’s it, I’ve been riding the wave, man,” he said. “Twenty-three years of ups and downs. It’s been fun, yeah. It’s been exciting and it’s been a grind.”