An estimated loss of $7 million, well over a quarter of their budget this year, and a likely deficit next year of at least $4 million. 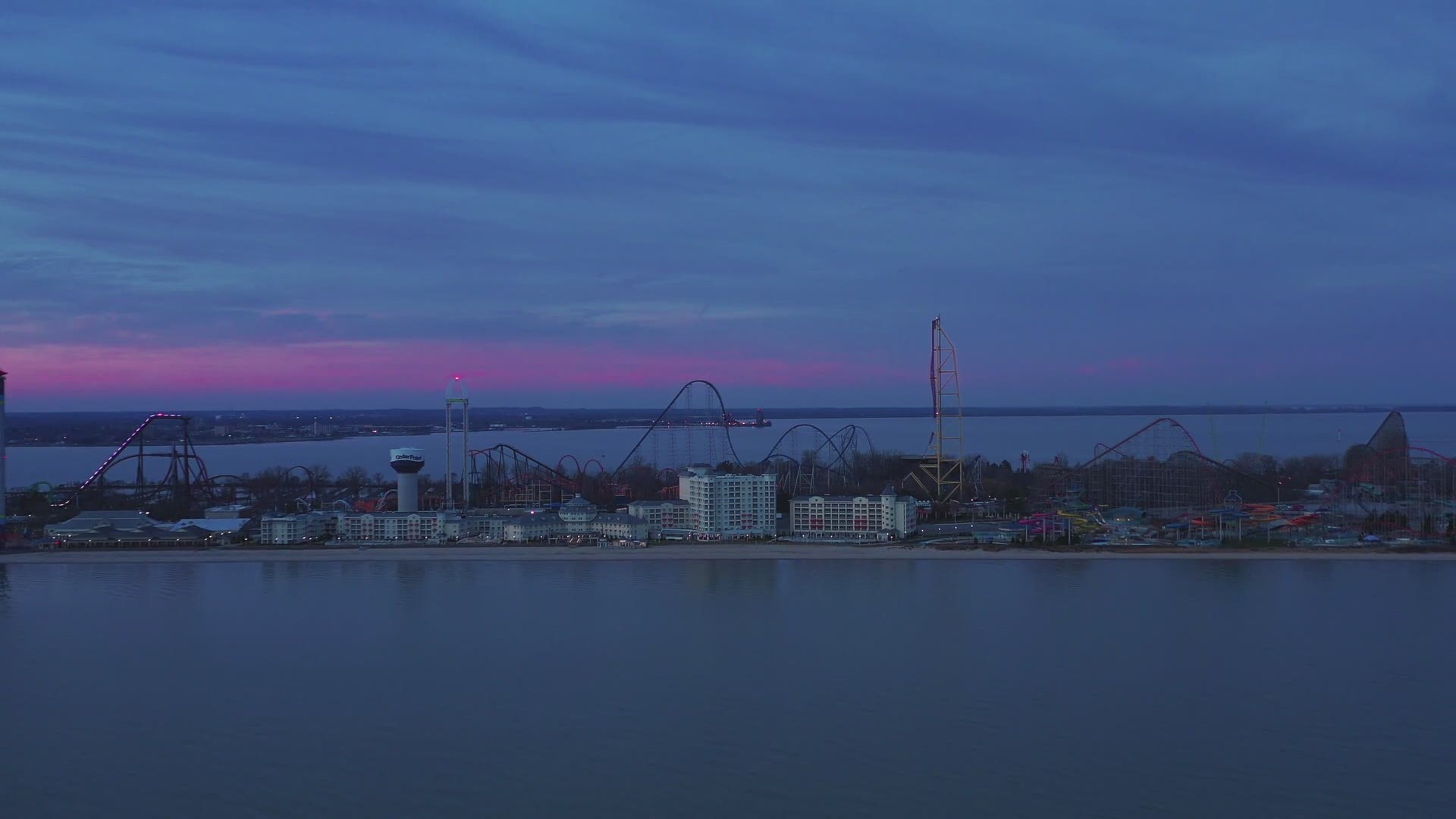 ERIE COUNTY, Ohio — This content is part of our 88 Counties in 88 Days coverage, which focuses on the current issues Ohioans are facing in this election year.

2020 was supposed to be a year of celebration for Sandusky. A new pier and waterfront downtown, Cedar Point’s 150th anniversary celebration and the debut of new schools -- a lot of hard work and years of planning.

“I know the entire country and world have been impacted by this, but on a per capita basis, Sandusky is one of the hardest-hit cities in the country because we’re a community that depends on over 10 million people a year visiting,” said Eric Wobser, Sandusky City Manager.

The city’s focus is keeping people safe amid the COVID-19 pandemic. That means less people taking ferries to the islands and visiting Cedar Point, which has cost the city to lose millions of dollars.

“That is a huge impact on a city of our size,” Wobser said. “Because of that, we’ve had to make really difficult choices.”

Wobser says this is the biggest financial test he’s faced in his more than 15 years of municipal government leadership. He said he believes that the city is giving everything it can to help.

“I know our city commission is doing what they can to give us the tools that we need to be successful. But ultimately we’re going to have to make some really tough choices to make sure that coming out of COVID-19, we haven't torn down everything that made our success possible over the last 5 years."

The good news, though, Wobser said city partners have stayed calm and continue to keep safety at the forefront of what they do.

“I see Firelands Regional Medical Center doing what they need to do,” he said. “I see Cedar Point working really hard to make sure that their guests can stay safe as they reopen, we’re very thankful that they are reopened now.”

Wobser said he believes Sandusky has the ability to be at the front of this movement back to cities by people who appreciate local culture and the history.

“I think one of the most important things that we have to do, we have to take the resiliency that we built up during this period, the momentum, the improved reputation regionally and on a statewide basis that Sandusky has, and continue to build on that as we get through COVID. And I know that we’re going to be able to do that, but we can't take it for granted.”