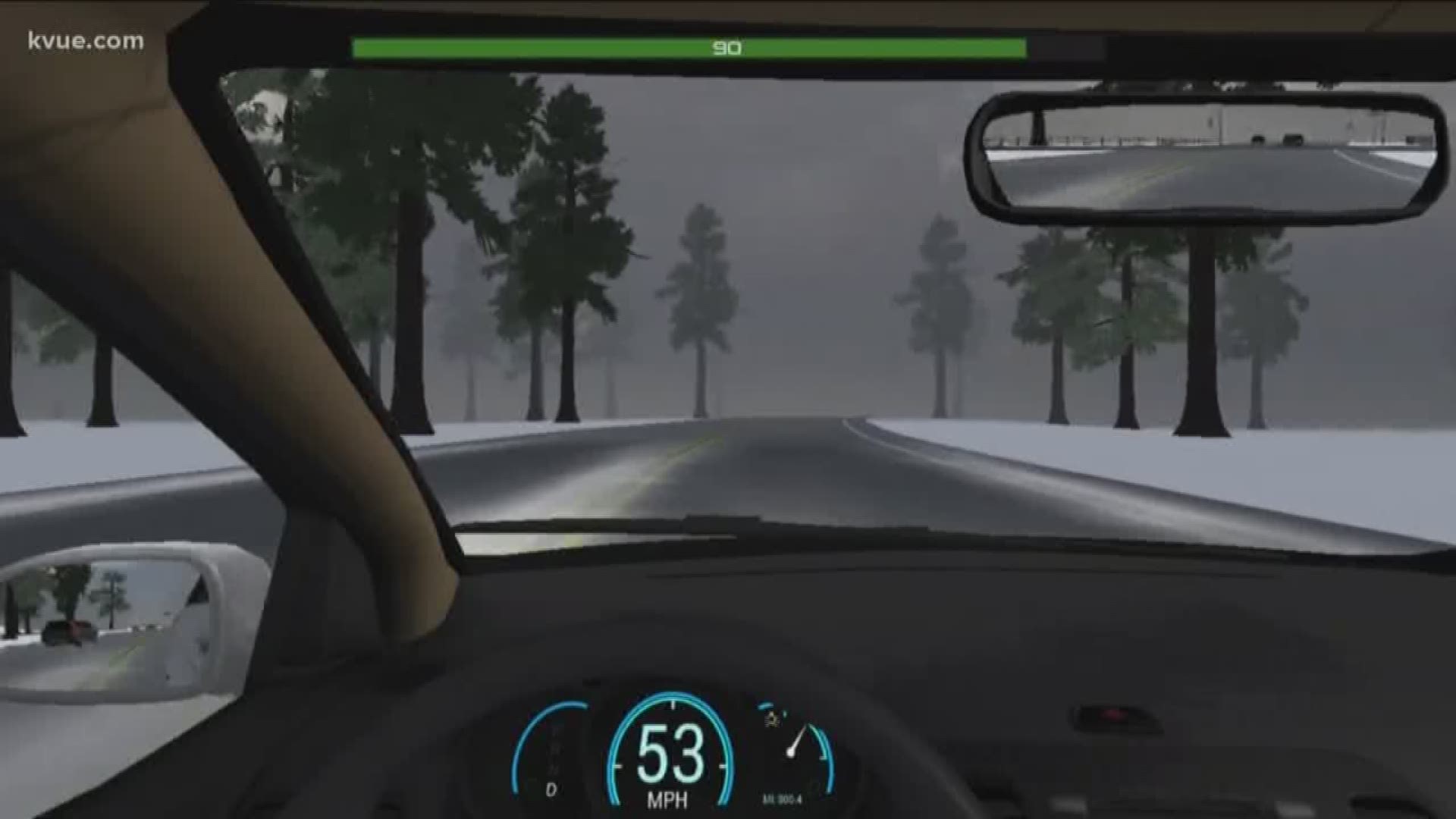 AUSTIN, Texas — Most schools are out for the summer, and teens will get behind the wheel looking for a place to go, which has traffic safety experts concerned. A new video game is trying to make the roads a little bit safer.

Teenage drivers were involved in nearly 250,000 wrecks in Texas in 2017, the most recent year for crash data from the Texas Department of Public Safety (DPS). Distracted driving was behind about 43,000 of those wrecks -- most often because of texting or talking on the phone from behind the wheel.

Experts have said newly licensed teen drivers are at greatest risk for crashing within their first month of driving. It's against that backdrop that a new video game is designed to help teens become better drivers.

Driving Essentials XE is a driving training company that creates different types of curriculum to teach people how to drive and refine critical skills connected to safe driving. Some of their programs are in classrooms while other's are a part of a driver's education program.

This past March, the company came out with a new product -- a video game product. The company's team created a Driving Essentials Xbox video game that would put players through dangerous situations on the system.

Cecilie Larcher is a sophomore at Lake Travis High School who turns 16 in August. She is currently taking driver's ed class with her parents and also playing Driving Essentials.

"It prepares me on how to react to bad situations," Cecilia said.

The course requirements currently in Texas don't put Cecilia through dangerous simulations like it did for her mom -- Emily Larcher -- when she learned how to drive in the 1980s.

"We don't have that anymore," Emily said. "Unfortunately, I don't want to recreate a dangerous situation when we're driving on the road."

So Emily got her daughter Driving Essential for the Xbox to help her get the simulated experience she thinks her daughter can benefit from.

"It's just an extra plus to help your kids be safe," Emily said. "This, for example, shows her what can happen when an emergency vehicle comes behind you or in front of you. A lot of accidents happen because you don't see or you're not scanning. You're not looking. This helps puts you there."

RELATED: UT expert: Uber, Lyft are not adding to Austin's traffic in the same way as in San Francisco

RELATED: TxDOT looks at motorcycle safety through the lens of VR

Andre Luongo is the vice president of product development for Driving Essentials. He said by creating this for the Xbox, it allows them connect in a new way with soon-to-be drivers in the same way as their other products but slightly different.

"There's just certain things you couldn't or wouldn't want to do in the real world," Luongo said. "They do not anticipate hazards. They don't have the experience. Simulation allows us to provide these experiences without actually putting them in danger."

The Xbox game costs $39 for the comprehensive driver training program. Luongo said his team is also working on a PlayStation version he hopes to release by the end of the year.