A report released Wednesday at a luncheon organized by the Toledo Regional Chamber of Commerce focused on the economic impacts of immigration in the local community. 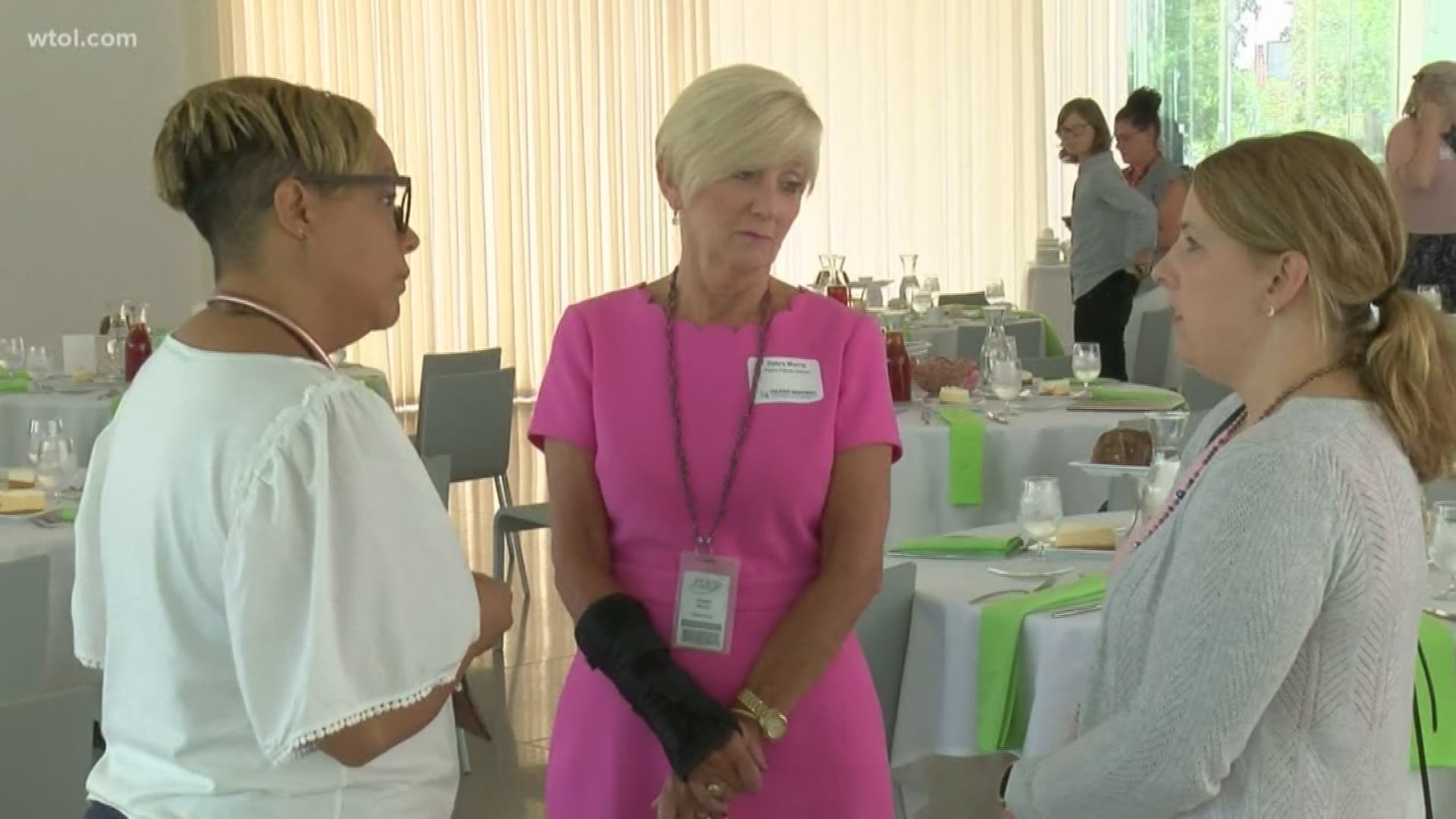 TOLEDO, Ohio — A recent report by the New American Economy shows that immigrants in Toledo have significantly contributed to the local economy and their population is continuing to grow. The number of immigrants in The Glass City has increased by 12.5% between 2012 and 2017.

Immigrants in Toledo have contributed over the years either by starting their own businesses, paying federal and local taxes, being a part of the workforce and having a meaningful spending power, according to Andrew Lim, Director of Quantitative Research Partnership for New American Economy.

In fact, according to the research, immigrants earned $200.9 million, paid over $50 million in federal and local taxes and had $151.2 million left in spending power in Toledo in 2017.

At a luncheon that featured the report's findings at the Toledo Museum of Art Wednesday, Lim, along with Brittany Ford, a policy analyst for the Lucas County Board of Commissioners, and Wendy Gramza, CEO of the Toledo Regional Chamber of Commerce, stressed many immigrants in Toledo are high-skilled workers.

“The Toledo region is competing not just locally, but nationally and internationally to attract and retain the necessary workforce to keep our region moving forward. Finding qualified employees is the number one challenge we hear from our members,” Gramza said. “This report shows the important role that immigration has in ensuring our region’s workforce needs are being met."

While some argued that having high-skilled workers being a part of the workforce in Toledo is beneficial to local businesses and employers who may have a hard time finding qualified workers, Spencer Raley, a senior research associate at the Federation for American Immigration, argued that this can actually drive wages to decline.

But, local leaders pointed out there are resources in place within the community that can help local employers find talent they need, including initiatives from the chamber of commerce and Welcome TLC, an outreach effort created by the county that works to build an inclusive community.

"I think one of the most important parts of the statistics that you saw today is the entrepreneurship of immigrants. They actually create jobs. They come here and they bring their talents," Council Member Peter Ujvagi said. "There's so much focus on folks who are poor and destitute, but even the people who come with that kind of a background still work to make America a better place."

Raley said current immigration trends show most people coming to the country are looking to reunite with their family, but having a merit-based immigration system in place, in which high-skilled workers or entrepreneurs are prioritized, would be better for the economy.

Others who spoke at the luncheon included Michael Jay, director of strategic networks at RGP Northwest Ohio, and Paul Toth, from the Toledo-Lucas County Port Authority.

You can see the full report and compare Toledo's statistics with other cities here.