DeSantis says Florida welcomes officers -- vaccinated or not -- and made clear that the $5K incentive is not just for unvaccinated officers, it's for any officer. 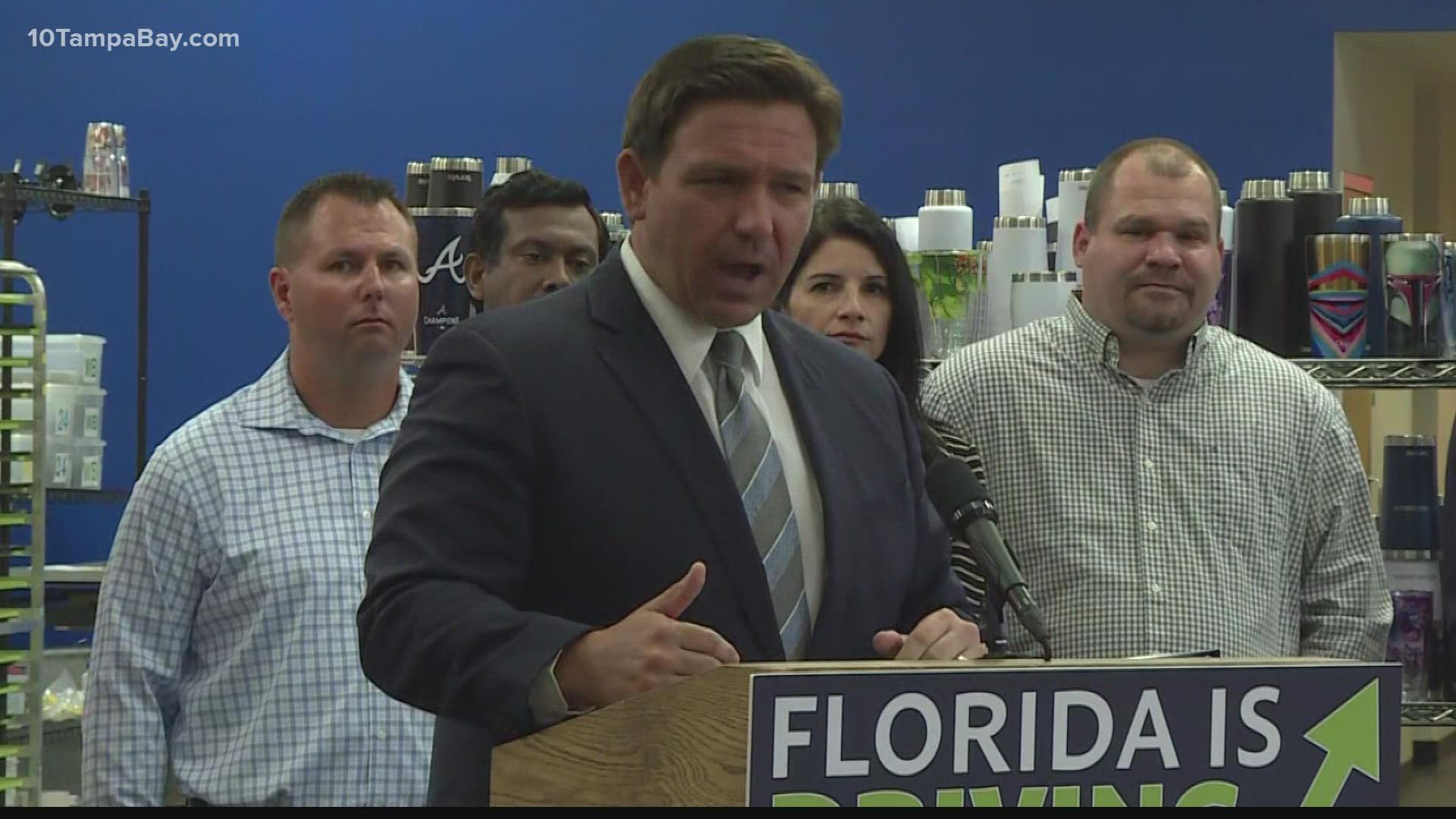 FLORIDA, USA — Days after announcing a special legislative session to address vaccine mandates, Florida Gov. Ron DeSantis revealed one of his hopes is to sign a law that would award a $5,000 bonus to any out-of-state police officers who relocate to Florida.

DeSantis told Fox News on Sunday that Florida would welcome officers who "are not being treated well" when speaking about members of law enforcement who have left the profession over local COVID-19 vaccine mandates.

However, the governor made clear on Monday that the incentive is not just for unvaccinated officers, it's for any officer.

"We're looking to capitalize off a lot of communities across our country who have turned their back on law enforcement, who aren't providing them the support. Where there's all kinds of different problems with just being able to do the job," DeSantis told reporters while speaking at an event about the economy in North Venice.

The recruitment money was originally announced back in September. DeSantis said his administration had proposed the idea in an effort to increase law enforcement recruitment across the state.

Many large cities and states across the country have imposed vaccine mandates for public workers, including first responders, typically giving them just two options — get vaccinated or risk facing termination.

CBS News reports more than one-third of Chicago's 13,000-member police force are defying the city's mandate. In Seattle, dozens of firefighters and officers faced termination after its mandate went into effect last week. One of Massachusetts' police unions has estimated that at least 150 state officers would resign over its vaccine mandate.

According to the National Law Enforcement Officers Memorial Fund, COVID-19 related deaths accounted for more law enforcement deaths in 2020 than any other causes combined.

Despite the resistance to vaccine mandates, an analysis from The Washington Post found they do work in increasing vaccination rates — ultimately bringing about a quicker end to the pandemic. For example, United Airlines was one of the first major companies to adopt a mandate, and it said at least 98.5 percent of its workforce is vaccinated.

Data from the Centers for Disease Control and Prevention shows a vast majority of people in the hospital with COVID-19 are unvaccinated.

DeSantis' proposal would still require legislative approval. As of Monday, no date of the state's special session has been announced.