The governor said the South Florida condo building had 'problems from the start.' 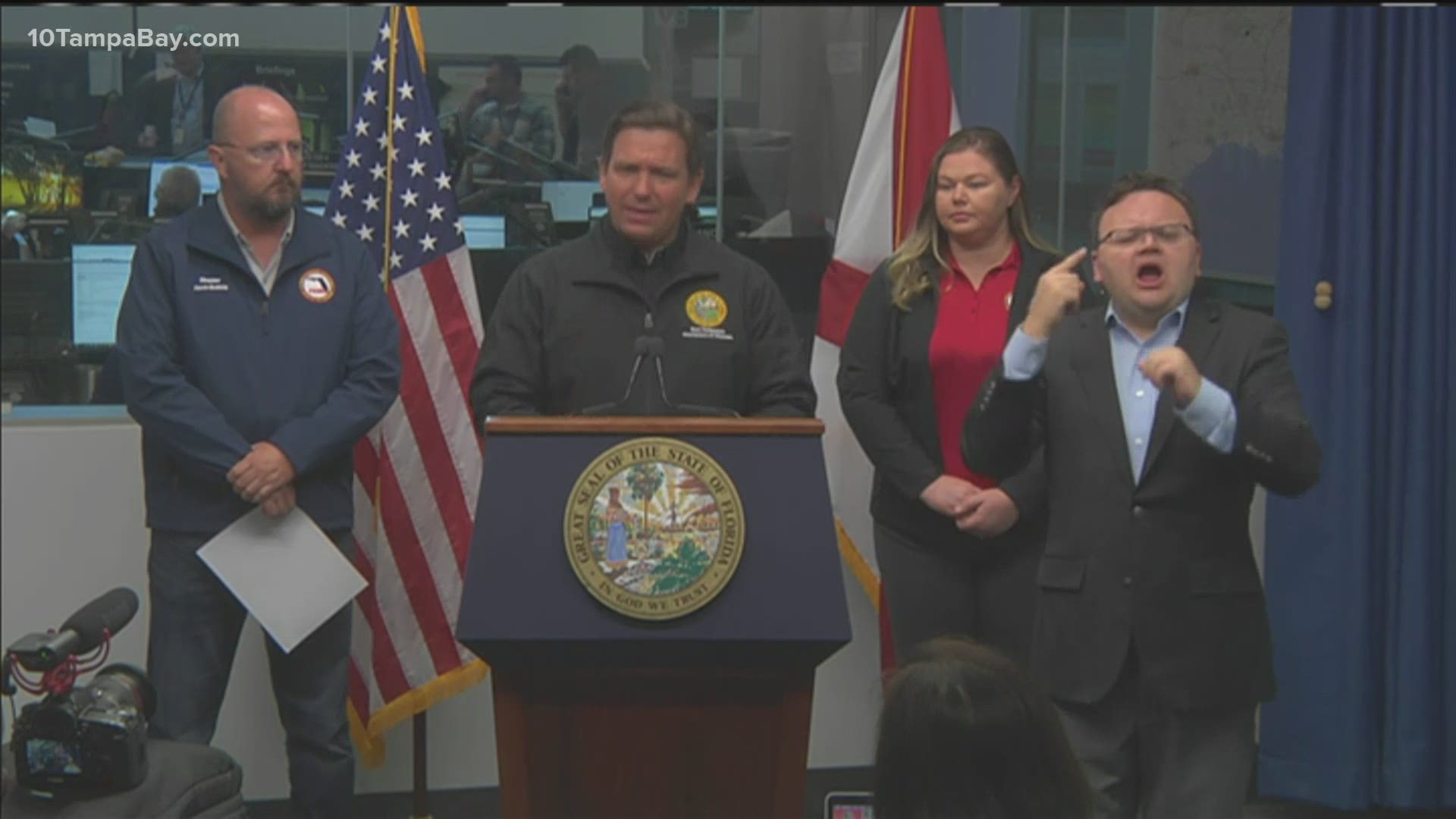 SURFSIDE, Fla. — While acknowledging the immense tragedy of the condo collapse in South Florida, Gov. Ron DeSantis isn't ready yet to commit to statewide changes in how Florida regulates condominiums.

"Those buildings are kinda a dime a dozen, particularly in southern Florida," Gov. DeSantis said during a Hurricane Elsa news conference Wednesday morning.

When reporters asked what could be the statewide implications from the devastating building collapse, DeSantis said the state is working on getting to the bottom of what caused the tragedy. Investigators have not yet released a cause for the collapse.

"I think this building had problems from the start, let's just put it that way," DeSantis said.

Problems with the building were first highlighted by an inspection report submitted by an engineering firm to the condo board in 2018. The report urged for work to be done on an improperly installed concrete slab causing "major structural damage" due to water being unable to drain.

The report submitted by Morabito Consultants did not warn that the building was in danger of falling down. And a town building official at the time was telling members soon after the report that the condo building was in “very good shape."

RELATED: Surfside pushes back on report on delayed building repairs

On Tuesday, the Florida Bar created a task force to review Florida's "condominium law, development, association operations and maintenance" following the collapse of Champlain Towers South in Surfside. The task force will work to determine if any legislative and/or regulatory changes should be made "to minimize the likelihood of a similar tragedy."

The task force will eventually make recommendations to Gov. DeSantis and the Florida legislature.

"It's been a unique tragedy. You don't expect to see that many folks impacted," he said.

"It was a massive collapse of a structure, which just doesn't happen in this country. And I think it's been devastating for Surfside, but also the broader community and southern Florida, and really Florida and throughout the world," DeSantis continued.

The governor then mentioned the outpouring of support from across the country and from other nations around the world. He also noted the dedication of first responders, who tirelessly searched for survivors and are still recovering the bodies of those killed.

"We obviously want to be able to identify why did this happen, is this something that was unique to this building, is it something that was unique to the person that maybe developed it, cause obviously there are sister properties. Is it something about buildings of that age that would have implications beyond that, whether southern Florida or the entire state of Florida? I think we need to get those definitive answers," he said.

"I wouldn't jump to conclusions about it, but at the same time, if there is something identified that would have implications broader than Champlain Towers, then obviously we're gonna take that and act as appropriate," he added.