The Miami-Dade fire chief called the incident the "perfect example" of just how hazardous the search and rescue process is. 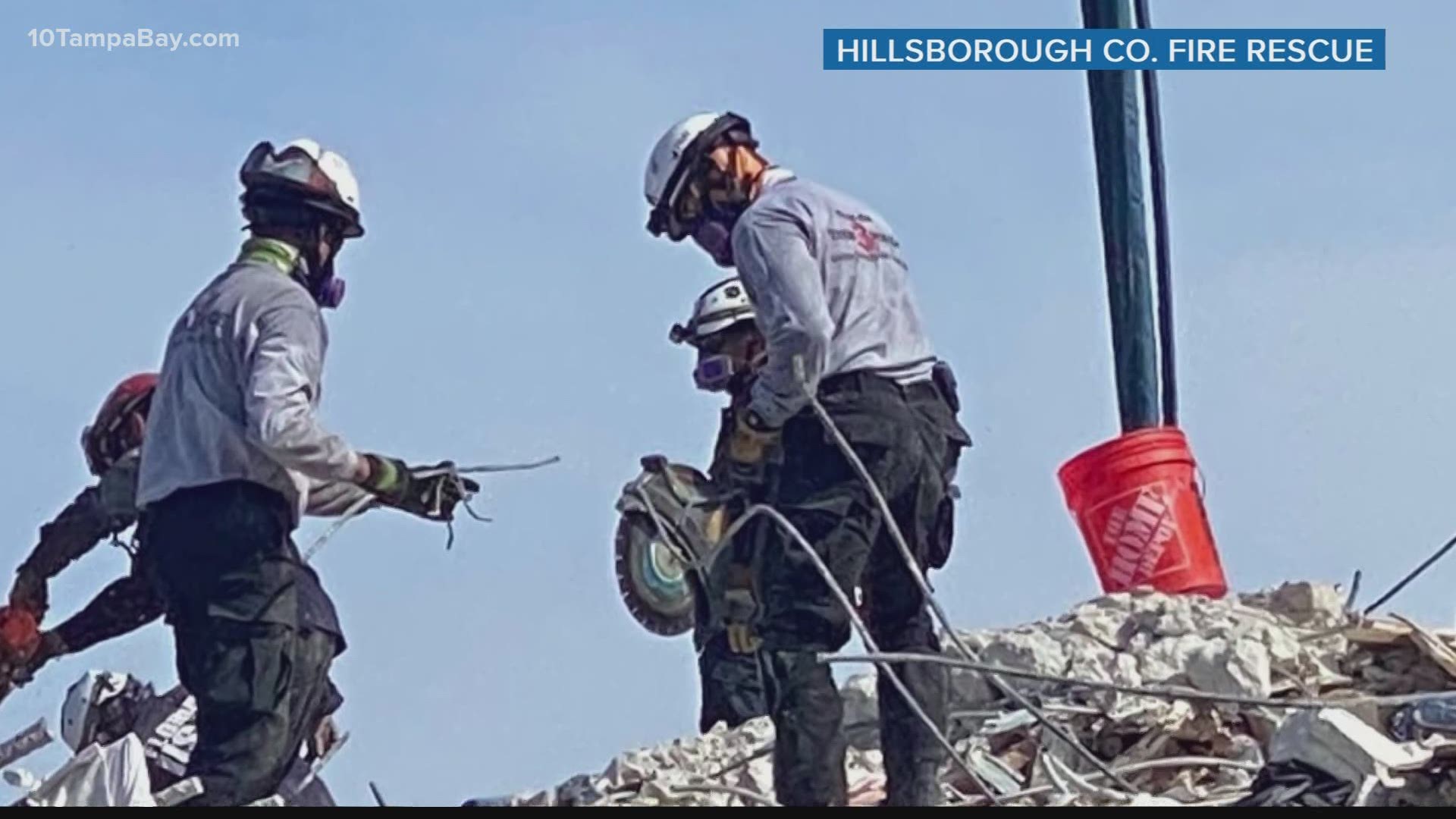 SURFSIDE, Fla. — Fire rescue crews continue the dangerous task of searching for those killed or missing after a 12-story condo collapsed last week in Surfside.

During a press conference Monday, Miami-Dade Fire Chief Ray Jadallah gave an example of just how dangerous the work is.

He said while some families were at the site, they saw a rescuer fall down about 25 feet.

Miami-Dade Fire Rescue did not say what condition the rescuer was in after the fall.

The slow work of sifting through the rubble stretched into a sixth day Tuesday, as families desperate for progress endured a wrenching wait for answers.

The work has been deliberate and treacherous. Thunderstorms rolled through the area Tuesday morning, and debris fell onto the search area overnight from the shattered edge of the part of the building that still stands, forcing rescuers to mark a “don't go beyond here" line and focus their efforts parts of the debris pile that are farther from the structure, Surfside Mayor Charles Burkett told WSVN.

Just two additional bodies were found Monday, raising the count of confirmed dead to 11. That leaves 150 people still unaccounted for in the community of Surfside, just outside Miami.