The president made stops in Vandalia and Swanton. 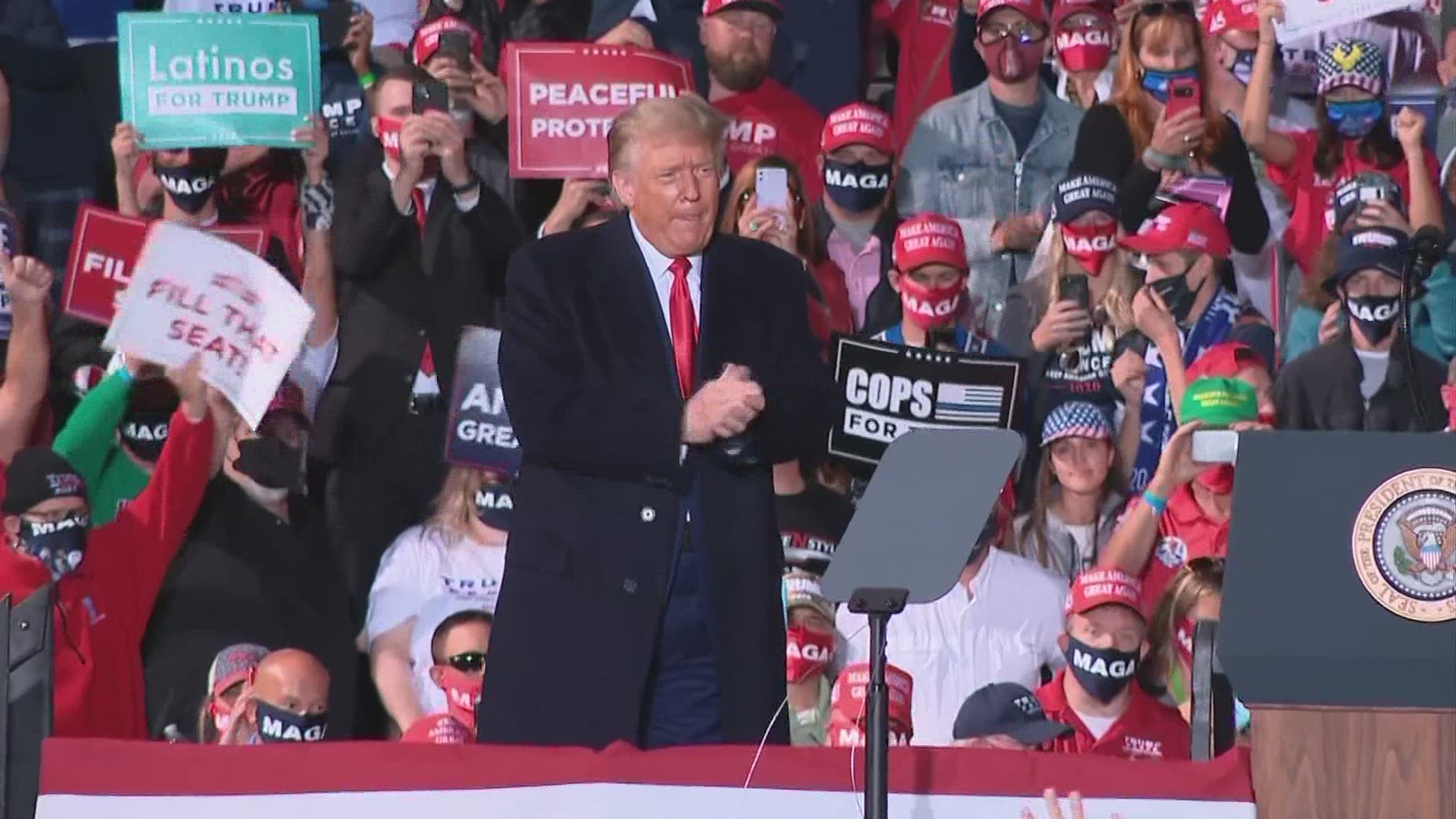 Trump first stop was in Vandalia, just north of Dayton. The president delivered remarks on "fighting for the American worker" at Wright Bros. Aero.

Trump then traveled to Swanton for a rally at Grande Air, located at the Toldeo Express Airport.