Trump says he gave aid to Ukraine after being asked by Sen. Rob Portman

"I gave the money because Rob Portman and others called me and asked." 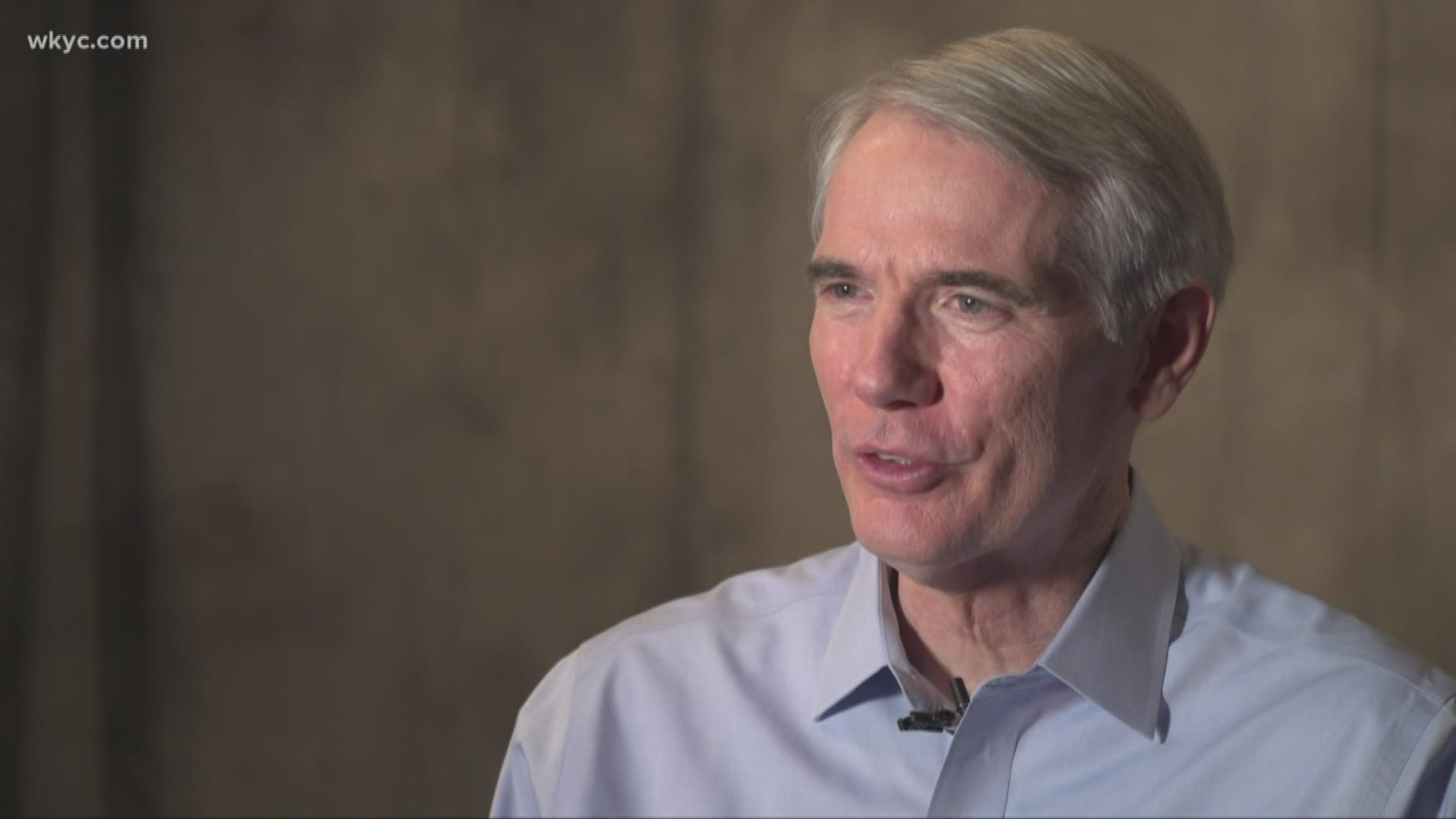 President Trump continues to defend the phone call with the president of Ukraine that has sparked an impeachment inquiry.

During a heated exchange with reporters on Wednesday, the president stated that one of Ohio's U.S. senators was among those who asked him to send money to Ukraine.

RELATED: Pompeo confirms he was on Trump-Ukraine call amid impeachment inquiry

While holding a press conference with the president of Finland, Trump was asked why he sent the money and responded that he did it at the request of Senator Rob Portman and others who "called him."

RELATED: ‘Are you talking to me?’ Trump’s anger on impeachment erupts

3News reached out to Senator Portman's office and they confirmed that he has been asking the president, vice president, and other cabinet members to release funds to help Ukraine.

According to Portman, the only concern Trump had about releasing the funds was about the Europeans not doing enough. "He (President Trump) said, ‘Rob, I understand we need to help Zelensky and I know you want this aid to go, but I’m worried that the Europeans, particularly the Germans, aren’t doing enough to help Ukraine.’ I don’t disagree with him on that."

Senator Portman also says he does not see the quid pro quo in the transcript of President Trump's call to Ukraine cited in the impeachment inquiry.

“I don’t see the quid pro quo that the Democrats are claiming. In fact, I actually believe that if Speaker Pelosi and the Democrats had taken another 24 hours to make their decision and actually looked at the facts, which is the transcript itself, they might not have moved forward, because there is no quid pro quo. Never did the president threaten the aid, nor did he with me, in other words, he never linked the aid to corruption in general or certainly not an investigation in particular, so he talked about the fact that he wanted the Europeans to do more and was concerned about sending taxpayer dollars to Ukraine when the Europeans weren’t doing what they should be doing. My response, by the way, was don’t take it out on Zelensky. This new president in Ukraine, he’s pro-American, he’s doing all the right things in terms of fighting corruption, he ran a campaign on it and he needs the help because the Russian aggression is very real in Ukraine. So I don’t see it. I just don’t understand how they can say it’s because there’s a quid pro quo and then we find out there’s not a quid pro quo that they are still proceeding.”

“I called for the transcript to be made public and I’m glad the president did make it public.”