Some say it would put the burden on customers when filing a report. 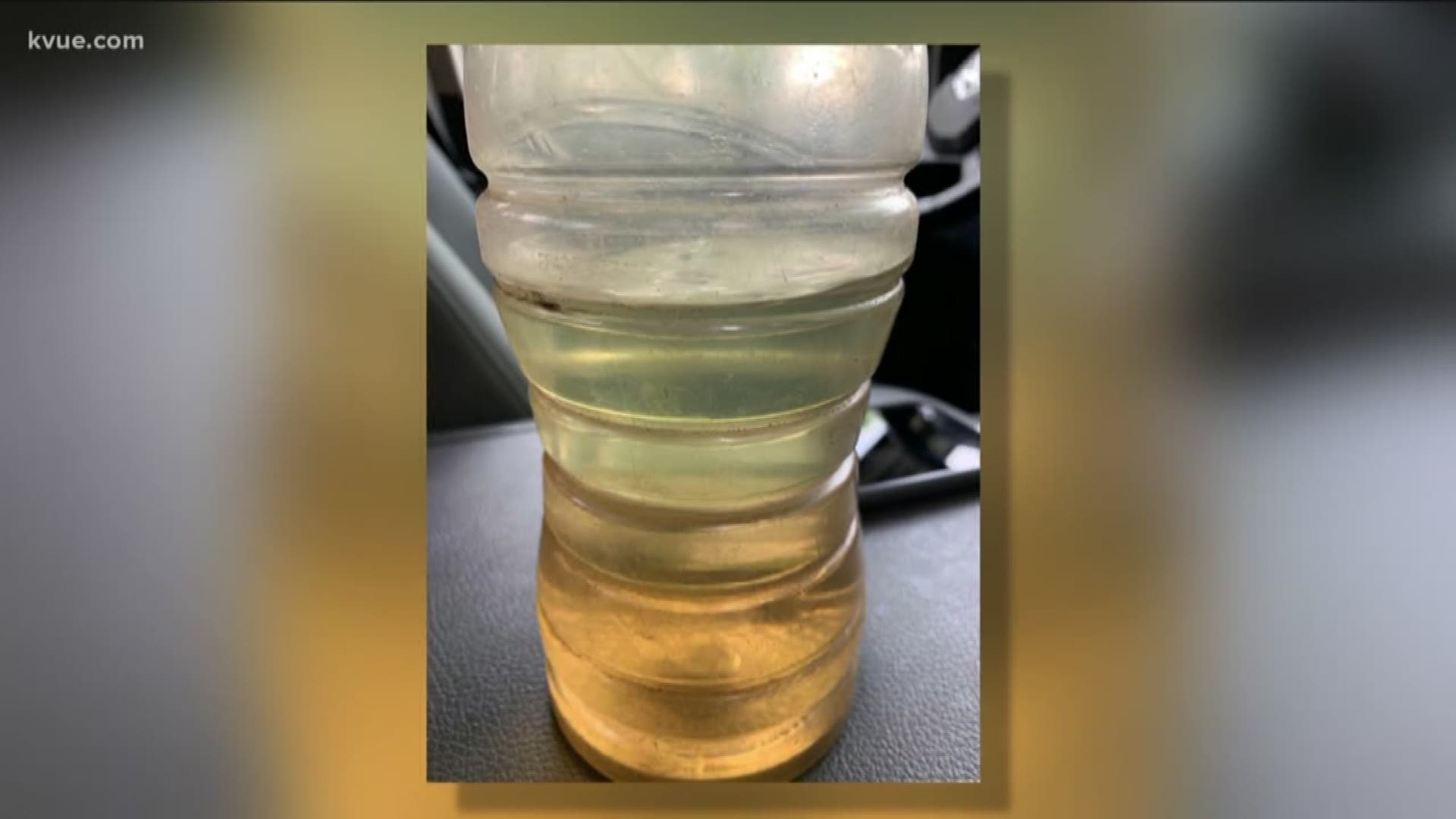 AUSTIN, Texas — It's something no one wants in their car: gasoline mixed with water. It happens sometimes, and the end result can be costly.

A new bill in the Texas Legislature would make it harder to file a complaint against a gas station, according to the Texas Department of Agriculture.

RELATED: The myths and facts about your car's gas

Its assistant commissioner, Dan Hunter, told KVUE it's become harder for the department to investigate these complaints over the years, most recently because of a bill the governor signed in 2017.

"It moved it so that the actual gas station owners who the complaint was against were the ones who were hiring the people to come in and check their own pumps," Hunter said.

Before that legislation, inspectors with the department would respond to complaints within 24 hours by visiting the gas station and testing the affected pump or pumps, Hunter said.

Now, the department has three days to provide the gas station's third-party inspectors a test kit, and the gas station has up to 10 days from the initial complaint to conduct the test, which can be a problem.

"By the time the sample is pulled, most of the time, that gas has already been sold," Hunter said. "The issue is now there's no violations being issued because of the way the process is and the fact that you have such a lag time when the product is tested versus when it was sold."

RELATED: Texas gas stations may get away with 'pump jumping' if not enough people complain

This new bill would require proof of purchase -- like a receipt or credit card statement -- when filing a complaint with the Texas Department of Agriculture.

"You cannot file a complaint, it would not be a legitimate complaint, unless you have proof of purchase," Hunter said. "So now the burden of proof has been placed on the consumer versus them proving that the gas was good."

However, Paul Hardin, the president and CEO of the Texas Food and Fuel Association, which is lobbying in favor of the bill, disagrees.

"The burden is still on us. We just need to know that it was purchased at pump No. 6 at this particular location," Hardin said. "It's certainly not asking them to prove the fuel is bad. It's just proof that you actually purchased fuel there."

Oftentimes consumers file complaints against the wrong gas station, costing the owners time and money to investigate the claims, he said.

"To us, the Department of Agriculture still operates like they did in 1950s. They've got to go and put the gas in a beaker. They want to do that and put their hands on it and be really involved in it," he said. "Now, technology has changed so much. There's meters and and tech and software in the tanks, gas pumps and everything else."

Hunter believes these bills do not protect consumers.

Each of the bills are moving forward in their respective chambers. The last day of the legislative session is May 27.