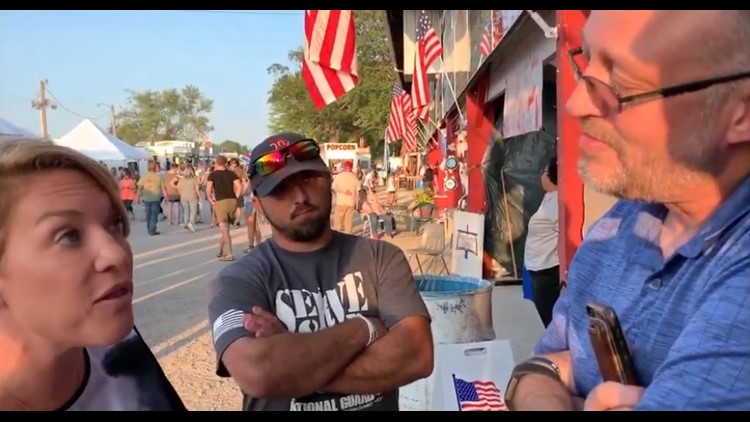 Click has publicly endorsed and expressed support for Reineke.

Ackison said she has been having issues with Click for months and she wasn't surprised when he approached her at the Union County Fair.

"He was campaigning for my opponent as you can see in that video. And I was behind the Republican booth and he turned around and he told me, 'You're not going to win.' And I said to him, 'What seat are you running for, Pastor Click?' And he said, 'You know what, you're trash. You're trash. That's all you are,'" Ackison said. "And about that time, my husband picked up the camera because there's a long history with this pastor and he just filmed the entire incident."

At one point in the video, you can see a man who was at the fair supporting Ackison intervening and asking Click to maintain his distance from the candidate.

Ackison also said her children were witnesses of the incident.

Reineke sent a statement through his office distancing himself from the pastor.

"Bill has no involvement with alleged incident at the county fair. Mr. Click was not asked to attend the fair on behalf of our campaign and does not represent the campaign. Bill is focused on meeting the voters of the 26th Senate district and continuing his job as state Representative of the 88th House district," the statement read.

The office of Gov. Mike DeWine declined to comment.