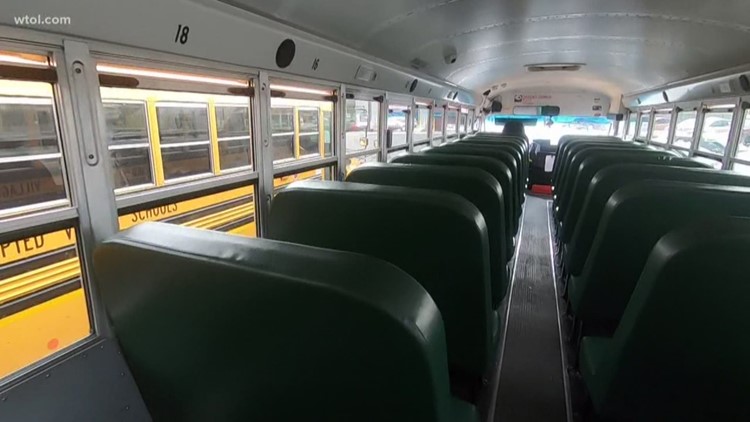 COLUMBUS, Ohio — The Ohio Senate voted unanimously to pass the School Bus Safety Act on Monday, which would increase the penalties for drivers who pass a stopped school bus.

The bill was introduced by Ohio Sen. Theresa Gavarone, R-Bowling Green, back in September 2019.

Right now, if a driver passes a stopped school bus and is caught, they are slapped with a $500 fine and a temporary license suspension each time they are caught. If this bill is signed into law, it would increase the initial fine and every other after that.

The bill would also allow school districts to apply for grants to get cameras on their busses.

Gavarone celebrated the outcome on Twitter and said that it is "a very good day for parents and students across Ohio as the Senate unanimously voted in favor of my School Bus Safety Act. It's never acceptable to illegally pass a school bus, and I'm thankful that we are one step closer to protecting our students as they go to and from school."

This isn't the only initiative in the state aimed at improving the safety of school buses. 'Operation Big Bird' in Wood County, for example, puts officers on school buses to take down license plate numbers of drivers who don't stop.

Another project spearheaded by the city of Columbus called Safe Routes to School Projects aims to repair and build sidewalks in areas where the local government identified that kids have to walk along the curb to avoid traffic.

The School Bus Safety Act will now head to the Ohio Statehouse.

RELATED: Officers are riding on school buses in Wood County to catch drivers who don't stop