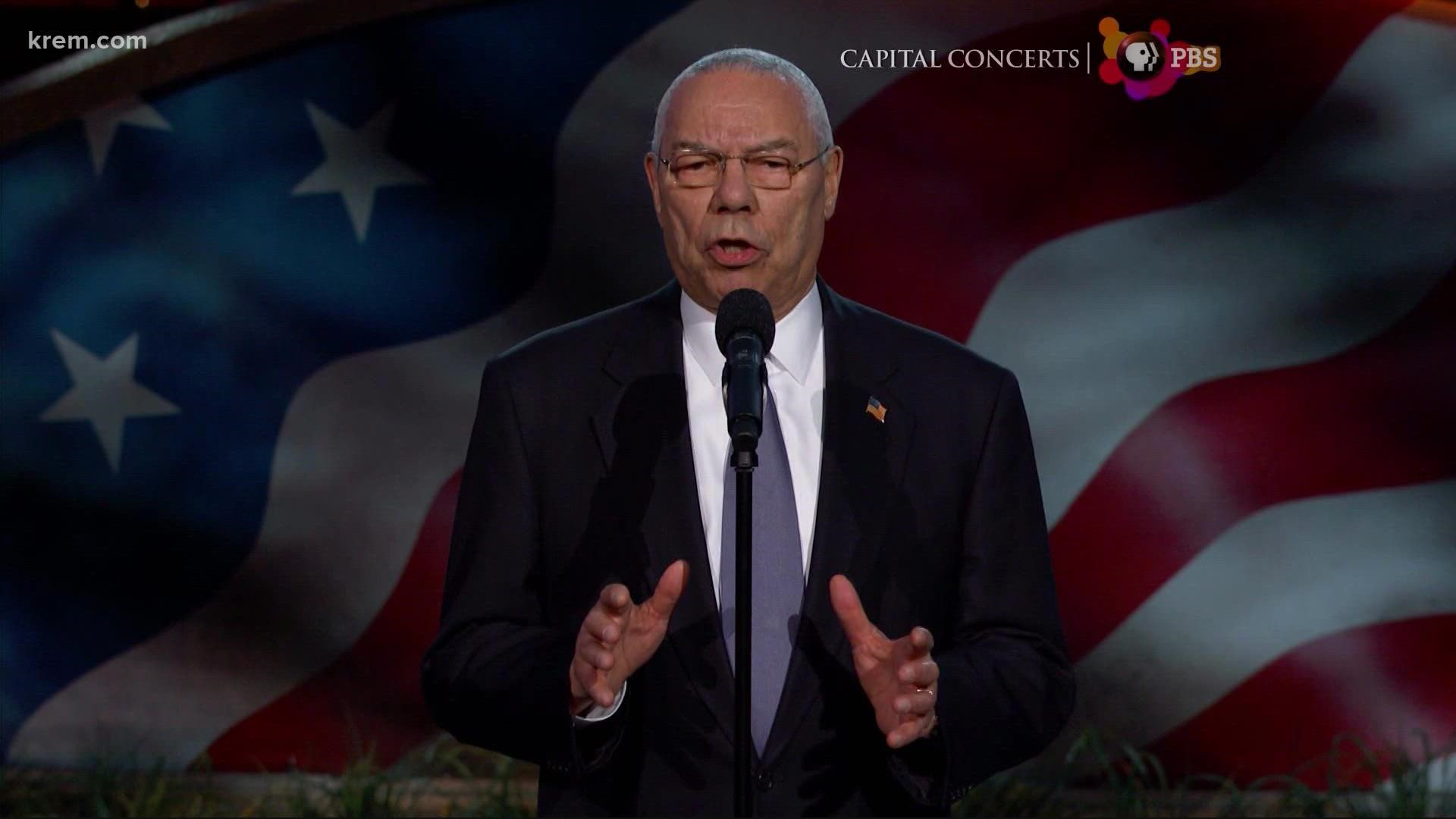 But his legacy was marred when, in 2003, he went before the U.N. Security Council as secretary of state and made the case for U.S. war against Iraq. He cited faulty information claiming Saddam Hussein had secretly stashed away weapons of mass destruction. Iraq’s claims that it had no such weapons represented “a web of lies,” he told the world body.

Several Ohio politicians reacted to the news of Powell's death:

“Throughout his decades of military and diplomatic service, General Colin Powell was an insightful, humble leader who offered critical guidance to our nation during her most trying times. We join with all Americans in mourning his passing, and express our deepest condolences to his loved ones for their immense loss.”

Four-Star General Colin Powell led an accomplished life with a distinguished career. Notably, he served in the Vietnam War, as the Secretary of State, and chairman of the Joint Chiefs of Staff. Our prayers are with Alma and his children. https://t.co/3F5JkiWixn

Secretary Colin Powell lived his life in service to our country – as a veteran, as a statesman, and through his work with America's Promise.

Sending my condolences to his wife Alma and his family.https://t.co/rpWvi3rDrs

Today we lost an American hero. Colin Powell was a soldier, statesman & friend. His integrity, intellect, unwavering moral compass & ability to connect with ppl from all walks of life made him a role model.

Jane & I send our condolences & prayers to Alma Powell & their family.

Colin Powell was an American patriot and devout public servant who leaves behind a remarkable legacy. Andrea and I send our prayers to his wife and family. https://t.co/rYZrQUxkUI