The governor also wants professional licensing and a regulatory board, as well as increased training and body cams. The reforms must go through the General Assembly. 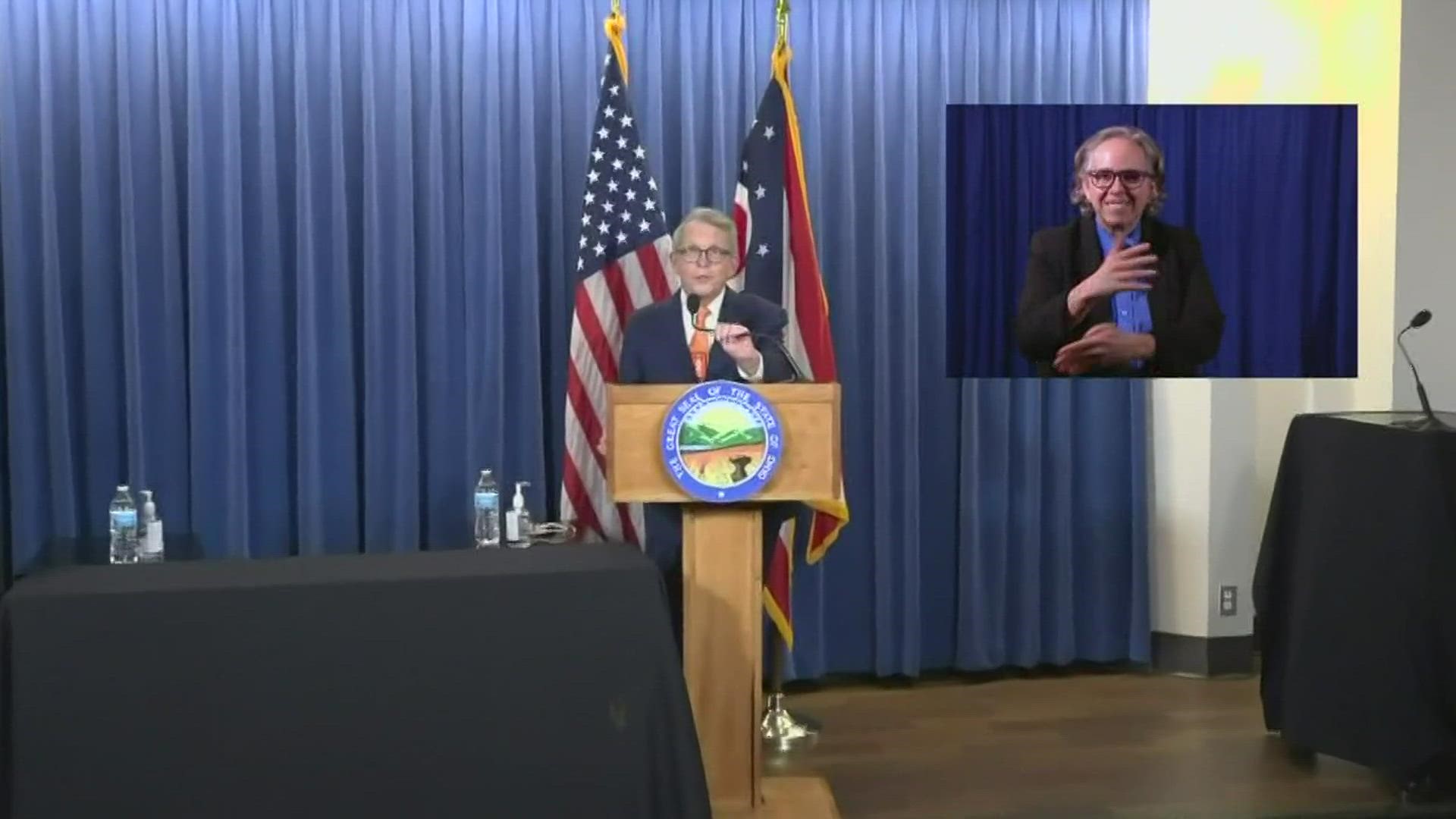 COLUMBUS, Ohio — On the heels of the Ohio Mayors Alliance announcing a series of public safety reforms, Gov. Mike DeWine unveiled his own package of "meaningful law enforcement reform" on Wednesday.

DeWine had pledged such action after the death of George Floyd at the hands of Minneapolis police on March 25. Floyd died in police custody after an officer knelt on his neck for 8 minutes and 46 seconds.

"The death of Mr. Floyd and the subsequent protests, demonstrations, violence have laid bare some deep divisions. ... With the division we've seen and continue to see, it's important that we pull together. All of us, no matter the color of our skin or how we worship are so much more alike than we are different," DeWine said.

DeWine last week outlined steps that he could immediately take, and on Wednesday said there are legislative actions that need to occur to make meaningful reforms in the law enforcement system.

"This is a process, and we must all commit to staying with the process for many months ahead," DeWine said.

The governor focused on several items, many of which align with the Ohio Legislative Black Caucus' goals, that he will ask the Ohio General Assembly to accomplish:

DeWine said that he has directed the immediate funding of six total hours of de-escalation training, use-of-force training, and implicit bias training in 2020 for any Ohio officer who has not yet received training on these critical topics this year.

"The board would then be responsible for ensuring that Ohio’s law enforcement officials adhere to this professional code of conduct, and if not, they would have the authority to suspend and revoke a peace officer’s license when necessary.," DeWine said. "Those within the law enforcement community who fail to report violations by other officers could face penalties, too. This is similar to the way other professionally-licensed professions are treated including physicians and lawyers."

Regarding his call to mandate independent investigations and prosecutions for officer-involved shootings and in-custody deaths, DeWine said "It’s time that this process becomes automatic and mandatory for every law enforcement agency in Ohio."

DeWine is also making sure all OSHP troopers will be fitted with body cams.

Attorney General Yost said a few bad cops are endangering the lives of the police officers, the vast majority of which are good and upright public servants, and this legislation will help the good cops.

Yost established a Facebook group, Be Heard by the AG, which invites the public to weigh in with their concerns regarding law enforcement reform. The page is accessible here.

If Facebook isn’t your thing, you can also share your suggestions by email using this address: BeHeardByTheAG@ohioago.gov.