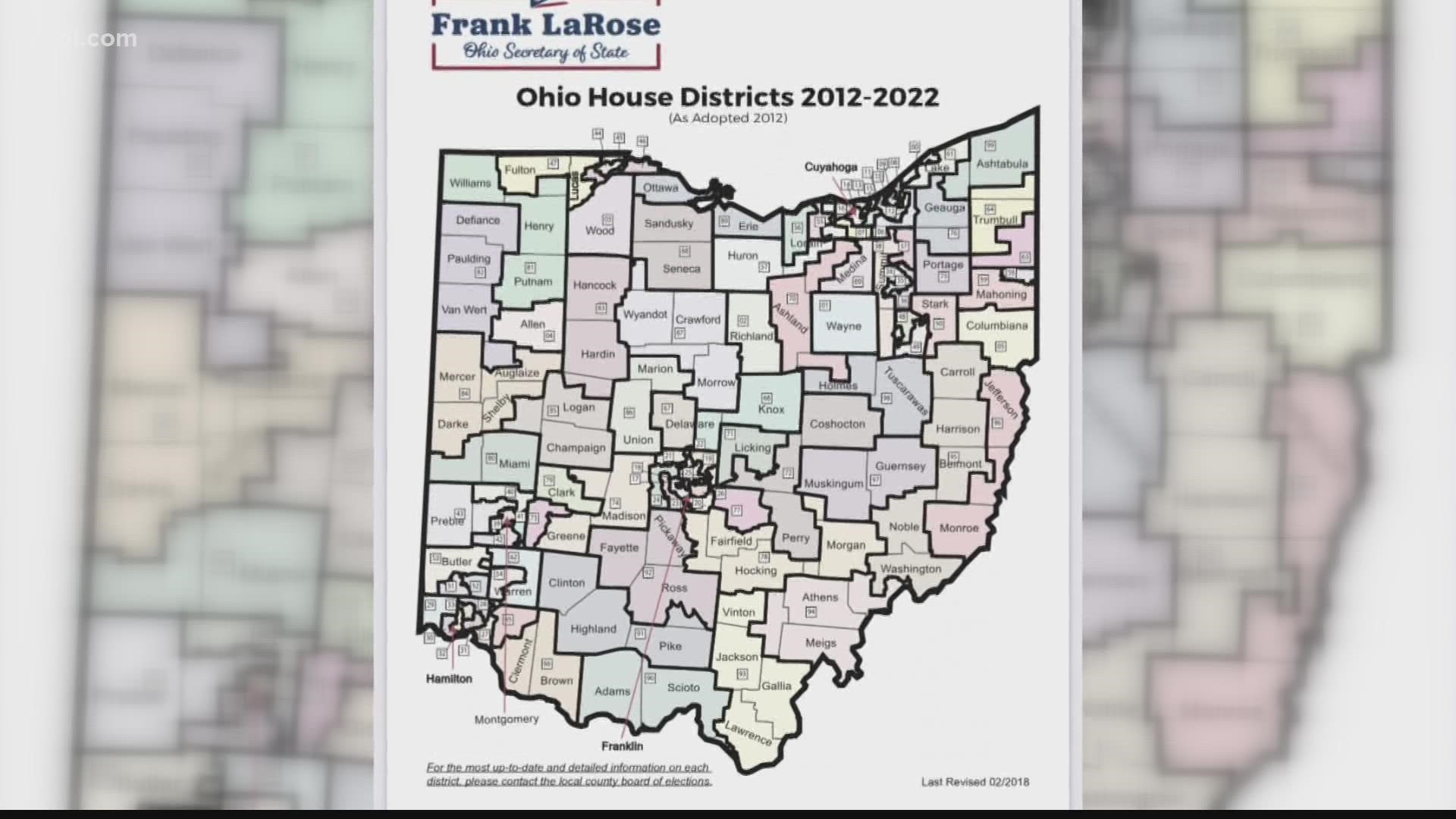 OHIO, USA — A fight in the state government over redistricting maps could determine whether thousands of Ohioans show up to the polls in future elections.

Redistricting decisions by the state legislature every few years leads to a common complaint by voters: the same officials, the same party, keep winning all of the elections; so why bother to vote?

As it turns out, changes made to district boundaries to ensure a particular party maintains control are actually by design. It's called gerrymandering.

All of the state representative seats in our region today are considered politically safe with wide margins of victory almost ensured for the incumbent party.

In fact, you'd have to go all the way back to the mid-1990s when a true upset occurred in a state representative race in Lucas County.

In that year, scandal plagued the Democrat in a heavily Democratic district in Toledo. That led to Republican John Garcia winning a close race.

According to Democratic State Representative Paula Hicks-Hudson, who has represented Ohio District 44 in Toledo since 2019, how those maps are drawn has a big impact on the competitiveness of races.

“What this redistricting has shown us so far is that instead of the people being able to elect their representatives, the representatives want to be able to select their voters. And this is not good government," said Rep. Hicks-Hudson.

Hicks-Hudson says a lot of the races for state representative in northwest Ohio are decided long before the general election.

She says that means the final outcome of who will win the seat is, more often than not, is decided during the primary, disenfranchising thousands of voters.

“Because the districts are created in such a way, the only real race is between the Republicans, it doesn't matter whether I, as a democrat can vote or not, because the Republican majority is going to select who's going to represent that district,” said Hicks-Hudson.

RELATED: Ohioans gather at statehouse in opposition of proposed legislation that would make changes to state elections

Several lawsuits have now been filed to force the two sides to come to a ten-year agreement that better represents the makeup of the state.

Right now, there's only room for a temporary 4-year agreement.

State officials say they have until the end of the month to come up with a plan.

At that point, the responsibility for the maps shifts back to the state legislature. Both chambers are controlled by a Republican majority.