Organizers of the event say recent legislation in the state legislature will lead to the erosion of Ohioans' First Amendment rights. 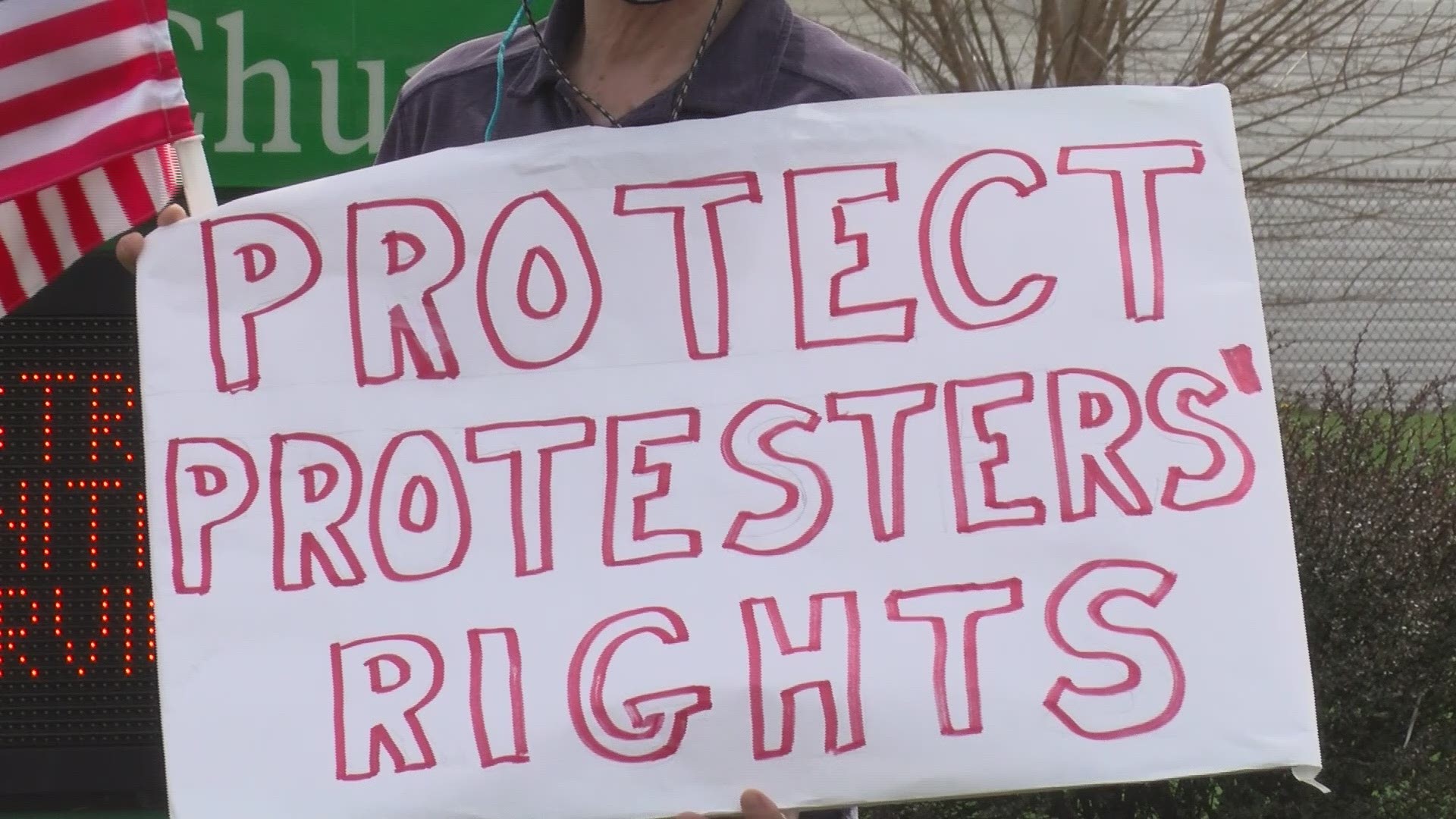 TOLEDO, Ohio — A local group held a protest in favor of the right to protest on Saturday. It may sound strange, but the organizer says they want to raise awareness about legislation that they say will erode Ohioans' rights to be heard.

The First Unitarian Church of Toledo says they wanted to make sure citizen's First Amendment rights were protected.

Reverend TK Barger is the senior minister at the Church. He says there is currently legislation in the Ohio General Assembly that puts restrictions on public protests.

"Not only does that restrict free speech, but it is also poorly drafted legislation," said Barger.

Senate Bill (SB) 33 is one of five bills the group claims are vague and interfere with constitutionally protected forms of public protesting.

"What we want to do is to be able to have the many ways to voice our support or oppositions to actions that have happened in the world," said Barger.

The other bills they say are attacking Ohioan's free speech include new House Bills 22 and 109, along with Senate Bills 16 and 41.

The minister does not believe any of these bills would take away protesting altogether, but believes there could be heavier restrictions and tactics used against.

"In some ways, some of this legislation would put the protesters in an area or a category where they would not be directly associated with the object of the protest," the minister said.

Barger says group members have contacted several local and national representatives about this and have received responses.

WTOL11 has also reached out to local state senators but have not yet heard back.