Husted, local leaders call on Michigan's governor to walk back plan to shut down oil pipeline 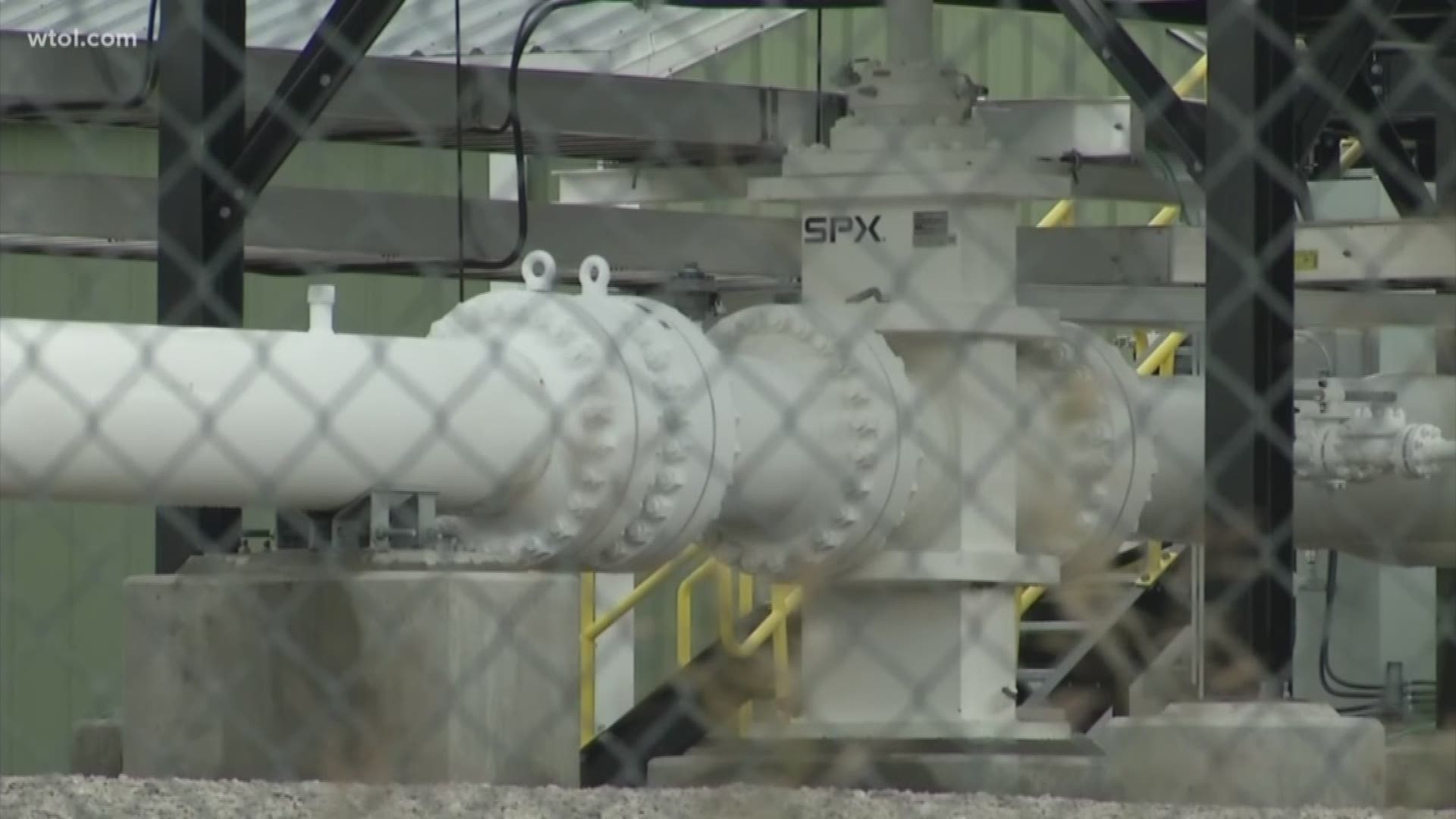 OREGON, Ohio — Ohio's lieutenant governor was the latest state official Tuesday who demanded Michigan's governor walk back a plan to shut down a major oil pipeline, saying it could cause massive economic destruction to northwest Ohio.

Enbridge Energy owns multiple oil pipelines in the Midwest, including Line 5. It originates in Superior, Wis. and runs through Lake Michigan into the state of Michigan.

Line 5 ultimately ends in Toledo, where it services two refineries, including the Toledo Refining Company.

Gov. Gretchen Whitmer promised to proactively shut down Line 5 because of environmental concerns that an oil spill could cause catastrophic damage.

But leaders in Ohio on both sides of the aisle don't want a fix for what isn't broken.

"It would be devastating for the Toledo area," Councilman Peter Ujvagi, D-Toledo, said.

"It has the potential to affect thousands of jobs and the pocketbooks of every single man and woman in this state and in Michigan because of higher fuel prices," Husted said.

But Tuesday was different.

The Toledo Refining Company could face major issues, should Line 5 be shut down.

"What we don't want to see in the interim is for the pipeline to be shut down because if you shut the pipeline down, there is no way to supply this refinery and the others in the area with the crude oil that they need to produce the fuels that we all rely on," Husted said.

It's a fight that refinery officials are not giving up on. That's why they are asking for help.

"Based on the tenor of the debate and based on the lack of any attention to gasoline, diesel and jet fuel supplies, we felt it's really important to just start engaging with public officials," said Brendan Williams, Toledo Refining Company's vice president of government relations.

Ujvagi said there must be a solution that protects the environment and the facility.

"The brand for Michigan is 'Pure Michigan.' So obviously they're very, very concerned about the environmental issues and rightly so," Ujvagi said. "But at the same time there's always the rest of the story."

Whitmer's Press Secretary Tiffany Brown said the governor "welcomes and has received outreach on all sides of this important matter, and appreciates the letter from Governor DeWine."

She remains committed to protecting the Great Lakes, while ensuring an adequate energy supply. The threat of a catastrophic oil spill in the Straits of Mackinac is very real and a risk the state must stop bearing at a date certain.”

Husted said there are federal regulations that could help Toledo Refining Company and the state of Ohio should the issue be taken to court, but said he hopes to avoid that altogether.