Due to a shortage of lethal injection drugs, South Carolina lawmakers approved firing squads for executions of death row inmates. 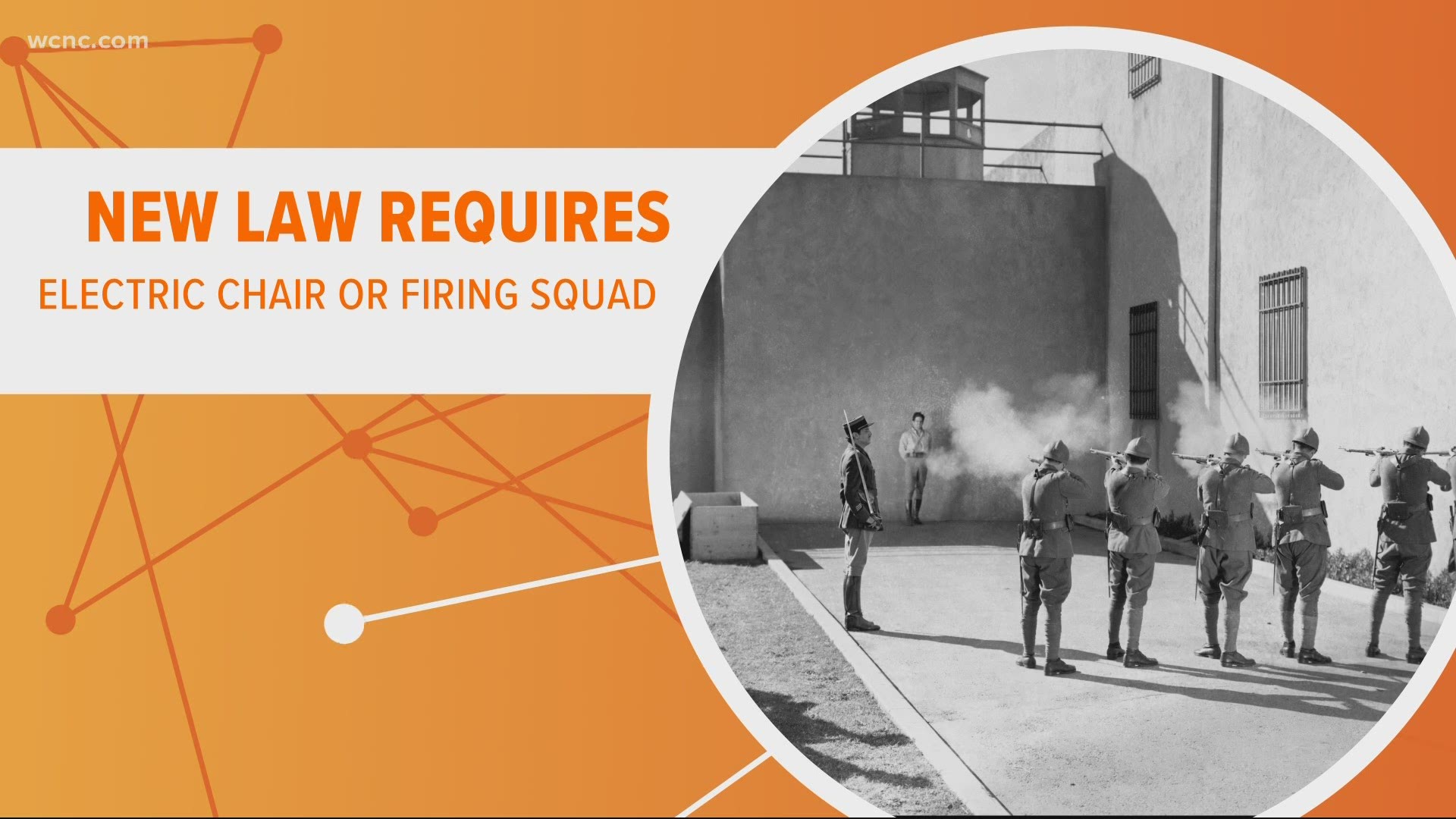 CHARLOTTE, N.C. — Thursday marks 10 years since South Carolina executed someone on death row. Lawmakers are looking to change that with a controversial method: Firing squads.

The Palmetto state is about to become only the fourth state in the U.S. to use firing squads for death row executions.

Across the country, states are having to get creative, or some say cruel when it comes to capital punishment.

Why? Drug companies have stopped selling lethal injections to states because of the controversy surrounding the death penalty. That leaves states looking for other methods to conduct executions.

Under current law, inmates on South Carolina's death row get the choice between the electric chair or lethal injection. They all pick lethal injection, which the state can't carry out without the drugs.

This new law would require the state to use the electric chair or a firing squad if lethal injections are not available.

Right now, three of the 37 people on the state's death row are out of appeals, which means they'll be in line for execution the second South Carolina's governor signs the bill.

But given the controversy, expect plenty of lawsuits trying to stop it.

As for North Carolina, technically the state has the death penalty; however, it's been 15 years since the state last executed an inmate, for some of the same reasons involving lethal injections and lawsuits.