The car parade stopped at ballot drop box locations across Macon, their goal to encourage voters to return in their ballots and to vote early . 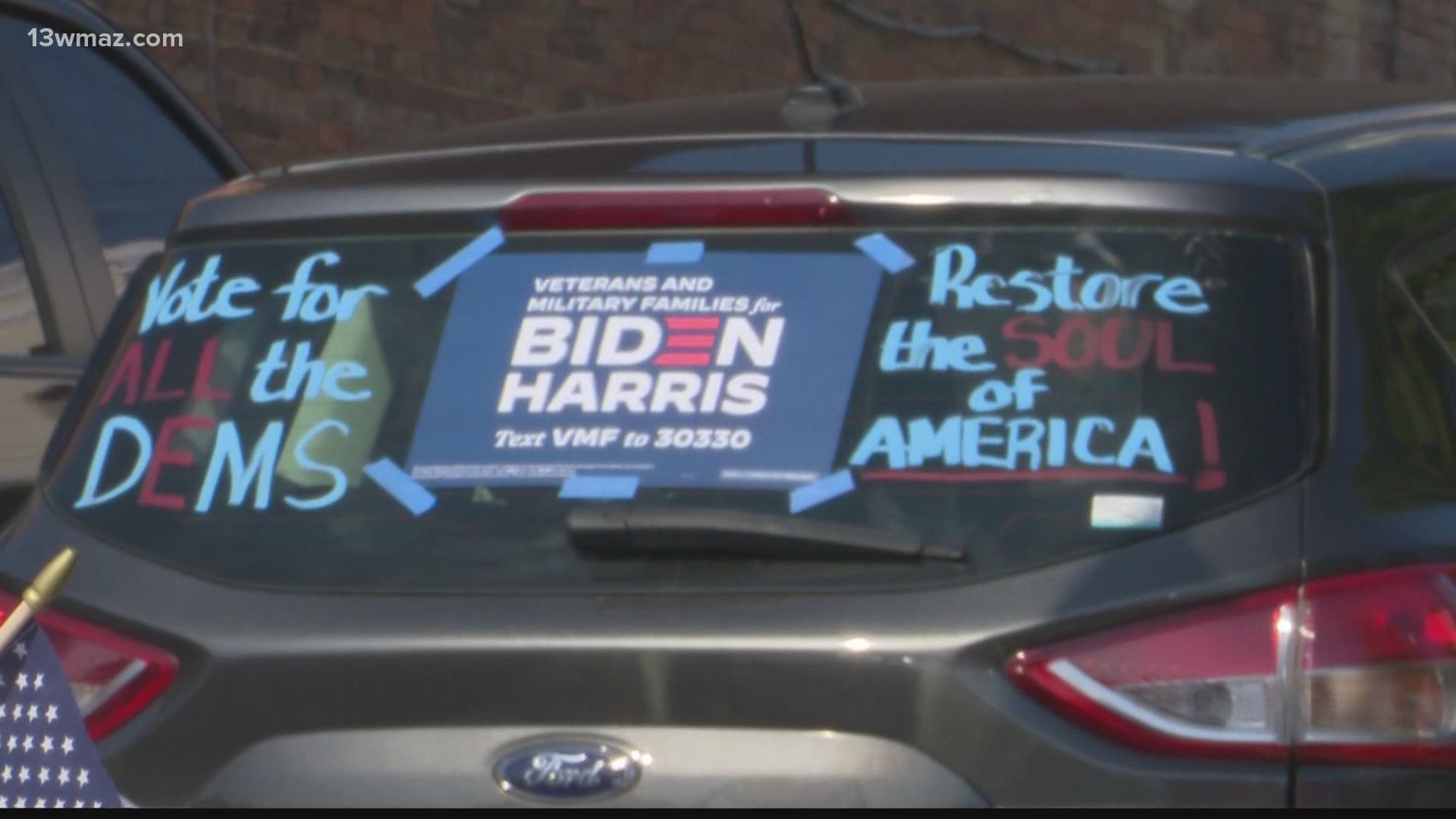 "You know, I'm a Republican and I've been my whole life. This is the first time that I've ever reported Democrat. It's simply right versus wrong," April Hunt said.

Hunt says that's why she attended the "Ridin' with Biden" event outside Macon's city hall.

"I couldn't sit by anymore and not do anything," Hunt added.

The Democratic Party of Georgia and Biden supporters hosted a health care news conference and a car parade.

People decorated their cars with Joe Biden and Kamala Harris signs and then drove throughout downtown.

"I wish the rally wasn't here. It does not represent the values here. I think it puts the county in jeopardy and I wish the president hadn't come," Clark said.

Clark says the Democrats rallied to show the community of Central Georgia that Macon-Bibb is a kind county.

"Even though the president is in this county today, he does not represent the values that we hold here," Clark added.

"Trump loves his rallies and he loves all the attention, and we want to have a counter message that Georgia is a swing state, and we intend to turn it blue," Cureton.

The car parade stopped at ballot drop box locations across Macon. Their goal was to encourage voters to return in their ballots and to vote early .

Clark encourages the people of Macon-Bibb to vote. He said it doesn't matter which candidate you support, but to make sure you exercise your rights.