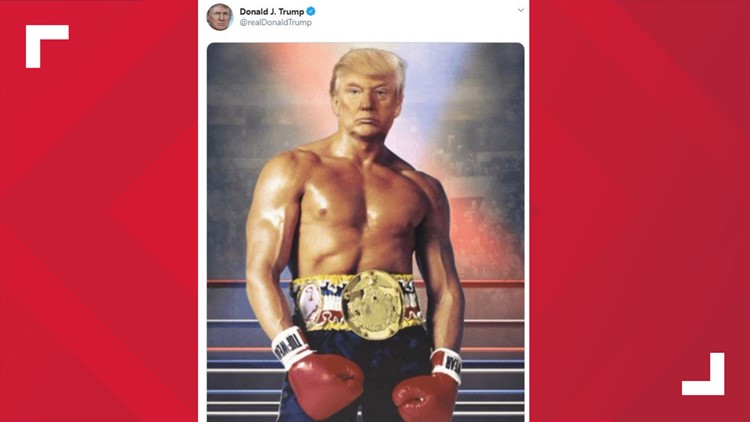 Trump tweets image of himself as Rocky

President Donald Trump's tweets regularly get thousands of reactions and retweets, from both supporters and critics, but this one may set a new record.

That is Trump superimposed into the poster for the 1982 film Rocky III.

You can see the original movie poster in this Twitter discussion:

So what do you think the photo means?

One possible (and likely) explanation is that the tweet is a follow-up to comments he made at a Florida rally on Tuesday. He praised his "gorgeous chest" while denying that he had any health or heart problems.

Some supporters loved the tweeted image of a fighting, boxing President Trump.

Others, however, were more critical, responding with real photos of the president.

"He has just proved that he is a big JOKE," responded David Allen on Twitter.