Starting next July, Ohio does away with the front license plate, but two Ohio lawmakers are working to rescind the law. 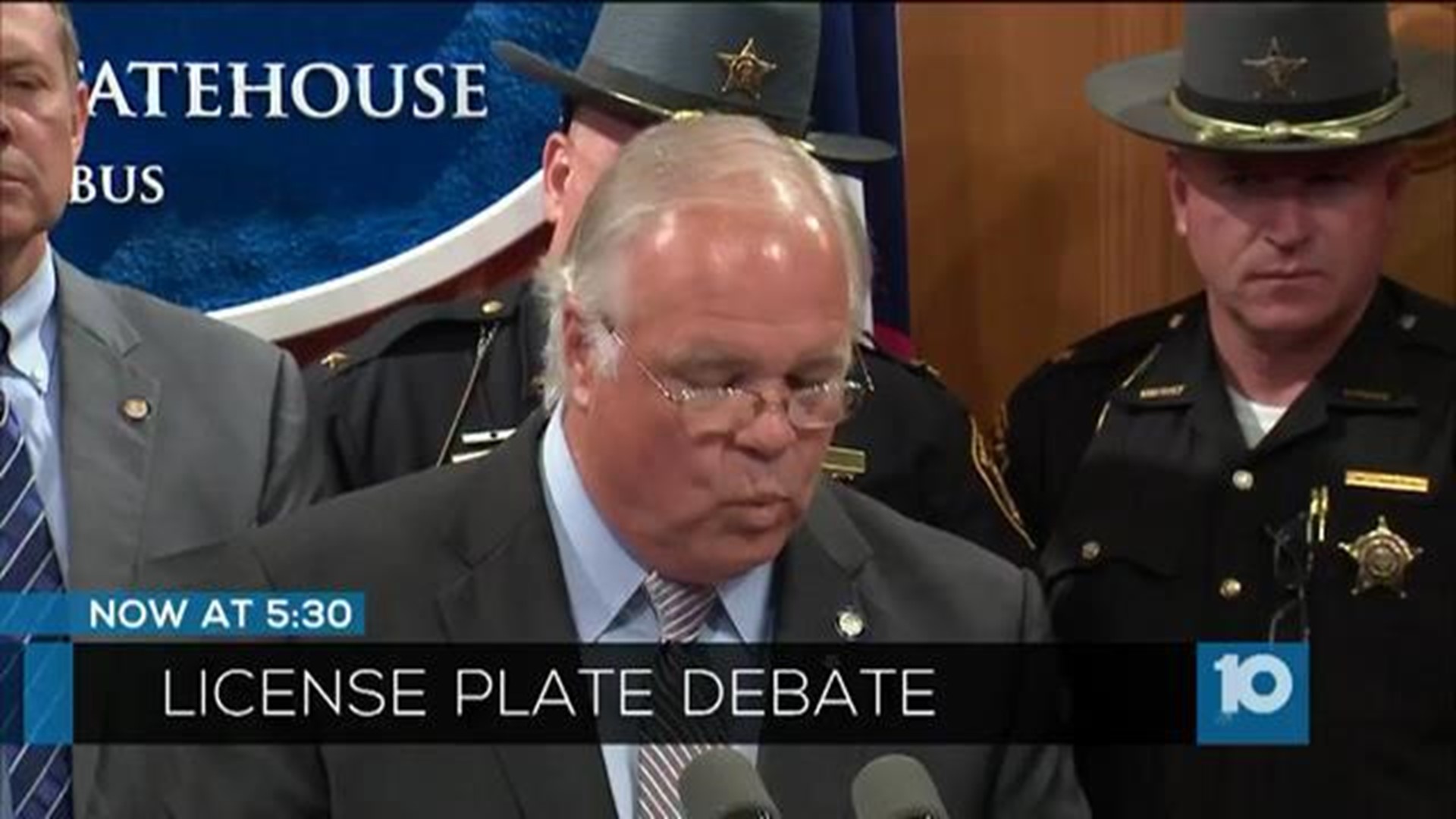 Buried in the state's transportation budget that was passed in July is a bill that would allow Ohio to join 19 other states to remove the front license plate from our cars.

During a press conference announcing their attempt to prevent Ohio from becoming a one-plate state, Grove City Police Chief Richard Butsko used a specific example of why the state should remain a two-plate state.

"The license plate reader only captured her front plate. DNA evidence what was found in her car which ultimately led to the conviction of her killer. Without the front plate we may not have found Reagans' car we may not have taken a dangerous criminal off the street," Chief Butsko said.

So how did it get reduced to one plate? Supporters of a bill to bring back two license plates believe legislators were swayed by those who don't see the need for two plates.

"I think there is a large group of Ohioans who are supportive of going to a single plate. This is a significant tool for law enforcement not to catch speeders but to catch serious violators serious criminals and to prevent future serious criminal acts," Hottinger said.

Owners of specialty and sports cars have lobbied for dropping the front plate for several years. They argue it devalues a vehicle by drilling holes into the car. Also, bumpers on new cars increasingly have embedded technology for assisted parking and driving.

By removing the front license plate, Ohio will save between $1.2 and $1.4 million a year.