3News has reached out to Jordan's congressional office for confirmation. 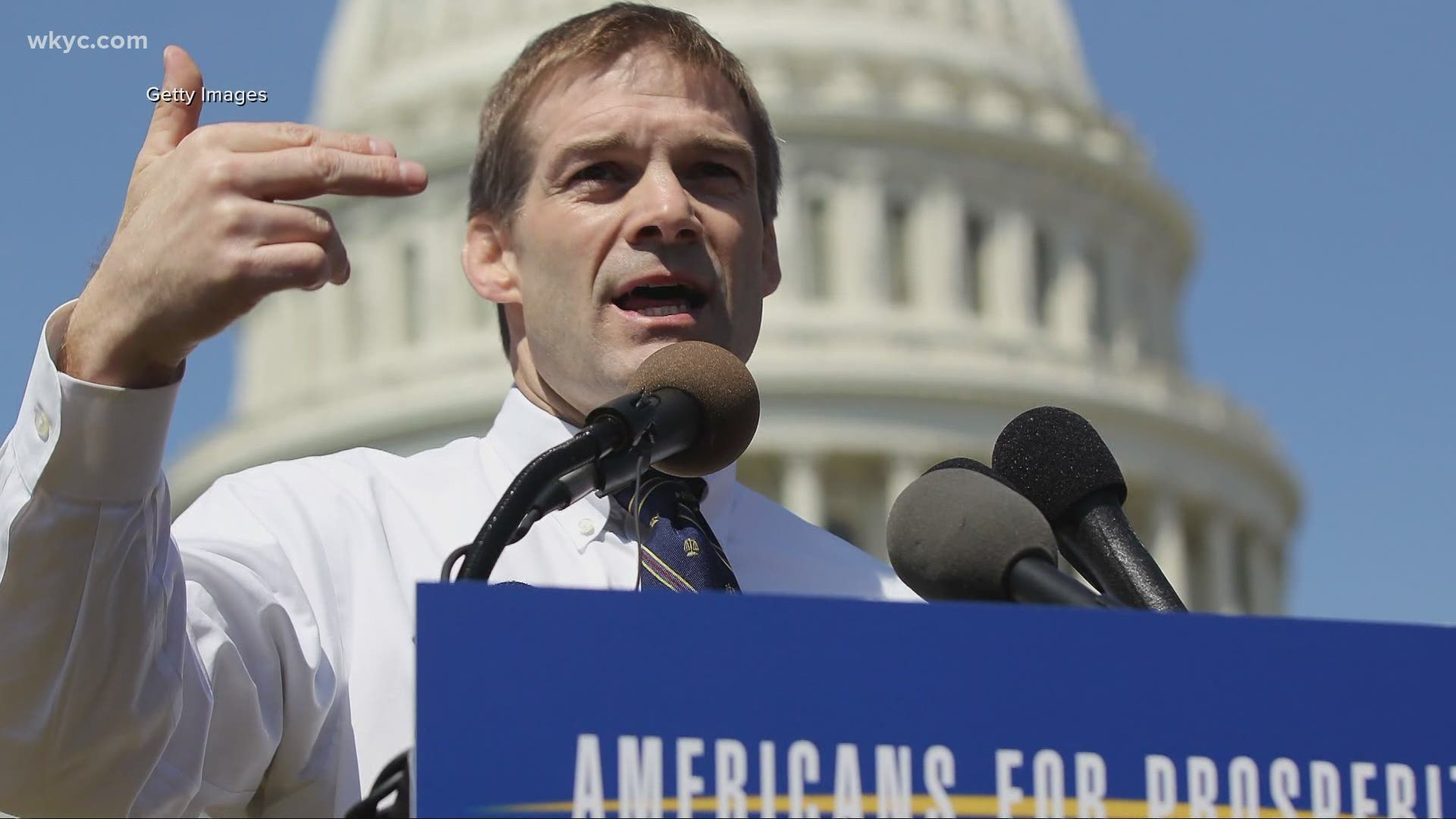 WASHINGTON — Ohio Rep. Jim Jordan will not join the race to replace Rob Portman in the U.S. Senate next year, according to the Associated Press and multiple media reports.

"Mr. Jordan believes at this time he is better suited to represent Ohioans in the House of Representatives, where as the top Republican on the Judiciary Committee, he can advance an America first agenda, promote conservative values, and hold big government accountable," Russell Dye said.

Jordan had been named as a possible GOP frontrunner for the Senate or even perhaps as a primary challenger to Ohio Gov. Mike DeWine. Portman announced his impending retirement from the Senate earlier this week, citing ongoing gridlock in Washington.

A fierce defender of former President Donald Trump, Jordan has garnered praise from Republicans for his loyalty to the party. However, he has also brought sharp criticism for at times trafficking in conspiracy theories and falsehoods, including downplaying the threat of the COVID-19 pandemic and pushing the Trump campaign's lies about election fraud after the then-president lost to Joe Biden in his bid for a second term. Some partly blame Jordan's actions in the latter controversy for inciting the Jan. 6 riot at the U.S. Capitol that left five people dead, including a police officer.

Prior to today's news, Ohio's other U.S. Sen. Sherrod Brown told reporters in a videoconference that he felt Jordan was the most likely Republican to vie for the seat, but questioned his prospects in a statewide election.

"He’s been a total Trump guy, to the point that he’s made excuses for the riots and insurrection," Brown said. "He is extreme that way. I think he’d lose the general election but he’s the one I hear most Republicans talk about."

Outside of politics, Jordan has also had to withstand allegations of covering up sexual abuse during his time as an assistant wrestling coach at Ohio State University. Multiple former athletes have claimed Jordan and others knew of Dr. Richard Strauss' numerous crimes, but did nothing to stop them. Jordan has strenuously denied the allegations.

Should Jordan indeed run to keep his seat in the House, he will likely do so in a slightly different environment: Ohio is scheduled to undergo redistricting this year, and Jordan's fourth congressional district (which stretches all the way from Urbana to Elyria) has been called one of the most gerrymandered in the country.

3News has reached out to Jordan's congressional office for independent confirmation.

The Associated Press contributed to this report