The vote comes a day after a House committee approved the proposal along party lines. The 15-district map cleared the Senate Tuesday 16 hours after it was unveiled. 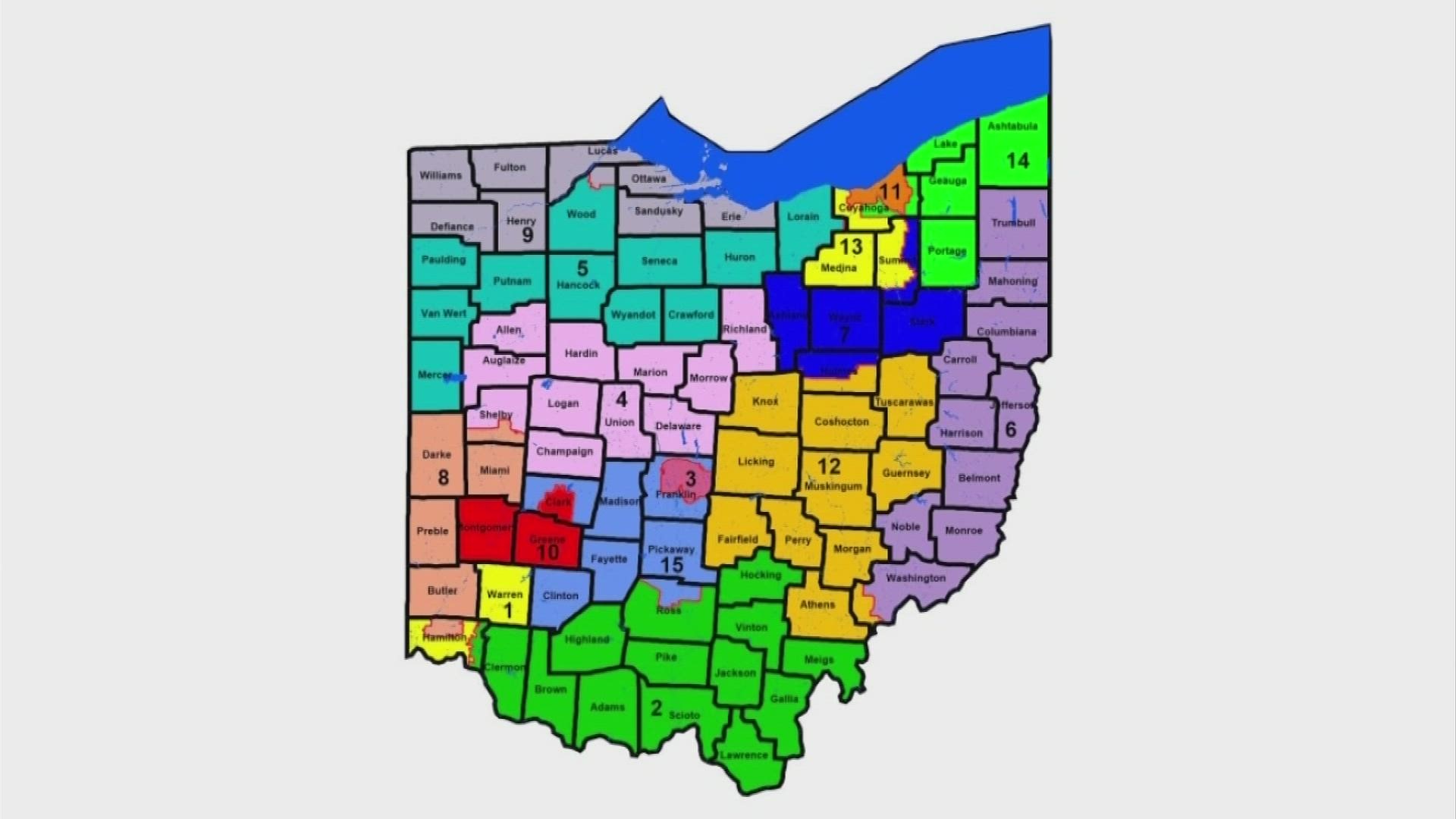 The vote comes a day after a House committee approved the proposal along party lines.

The 15-district map cleared the Senate Tuesday 16 hours after it was unveiled.

Since the proposed map lacked Democratic support, it will last only four of the 10 years until the next census.

Democrats, voting-rights groups and scholars claim the map is gerrymandered and favors the GOP. Republicans argued it’s the most competitive of all maps considered, doesn’t unduly favor either party, and is constitutional.

The map now heads to Ohio Governor Mike DeWine. The governor has not publicly said whether he is in favor of the proposed congressional districts.

The Ohio Democratic Party issued a statement Thursday, calling on the governor to veto the map.

"This map is a disgrace and a betrayal of Ohio voters who overwhelmingly voted twice for fair districts and fair representation. From Toledo to Youngstown, Cincinnati to Athens and all across Ohio, this map makes Ohio even more gerrymandered and even less representative of Ohioans. It’s clear GOP politicians in Ohio want to prevent Ohioans from holding them accountable at the ballot box for the many ways they’ve betrayed Ohioans. Mike DeWine once said earlier versions of these maps aren’t ‘going to fly,’ and it’s time for him to use his veto pen to put his money where his mouth is."