Householder has thus far disregarded bipartisan calls to resign despite being charged in a multi-million-dollar bribery scheme. 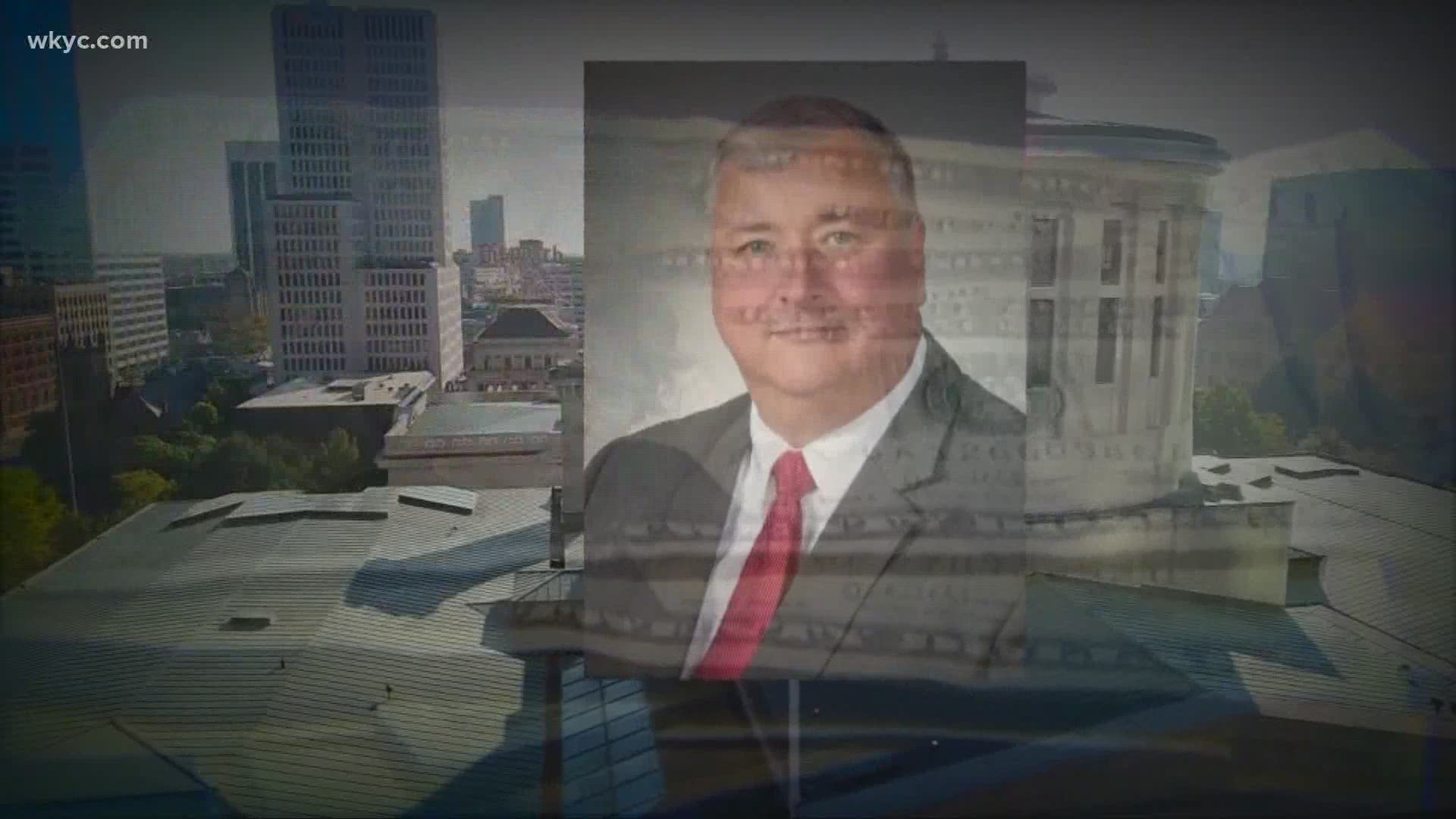 COLUMBUS, Ohio — The Ohio House plans to vote at 10 a.m. Thursday to remove the disgraced speaker arrested last week in connection with a $60 million federal bribery probe, after majority Republicans agreed to proceed Tuesday in a secret vote prompted by Larry Householder’s refusal to resign.

The vote came in a closed-door meeting that followed the release of a federal affidavit July 21 identifying Householder and four associates as part of an alleged pay-to-play scheme involving millions of dollars of corporate money secretly funneled to them in exchange for passing legislation to bail out two nuclear plants. The remaining members of the speaker's leadership team released the following statement to the Associated Press:

"The decision by House Republicans today to proceed with removing Larry Householder as Speaker reflects the reality that while he is entitled to his day in court and a presumption of innocence until proven guilty, it has become abundantly clear that he has lost the trust of his colleagues and the public, and is unable to effectively lead this chamber."

State leaders from both sides of the aisle (including GOP Gov. Mike DeWine) have called on Householder to step down since his arrest, but he has thus far declined to do so. House Majority Leader Bill Seitz told the AP he spoke to Householder last Friday and implied the situation was untenable.

"I told him, 'You’re the master vote counter, you count the noses,'" Seitz said, adding he did not discuss the criminal charges with the speaker.

A simple majority of 50 votes on the floor is needed to remove Householder from the speaker's seat, but it was not specified of representatives will attempt to expel him from the chamber altogether. For that to occur, members would have to obtain a two-thirds majority of 66 votes.

Neither Householder nor his attorney has commented.

10 Investigates has confirmed that a majority of House GOP Lawmakers have voted to remove Larry Householder from his position as speaker, According to two lawmakers who took part in informal vote. #10TV

This is a developing story and will be updated