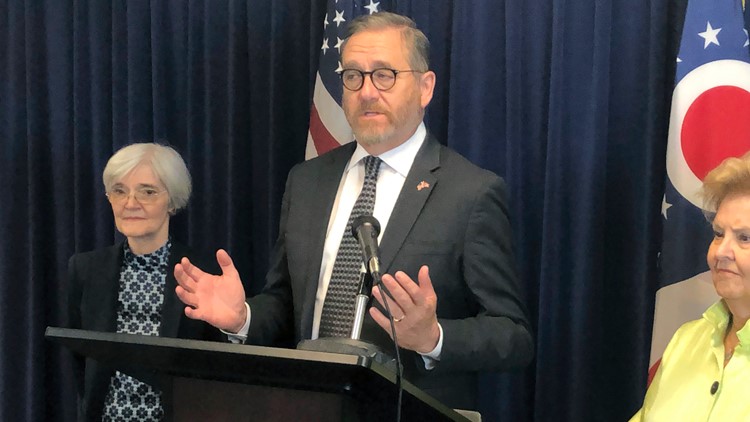 Photo by: Andrew Welsh-Huggins/AP
Ohio Attorney General David Yost, center, discusses his call to lawmakers to remove the statute of limitations for the crime of rape in Ohio, at a news conference attended by former attorneys general Nancy Rogers, left, and Betty Montgomery, right, on Monday, June 3, 2019, in Columbus, Ohio.

Attorney General Dave Yost said Friday he has joined a friend-of-the-court brief filed by other states arguing the 1964 Civil Rights Act prohibiting discrimination based on gender doesn't apply to those who identify as lesbian, gay, bisexual or transgender.

Said Yost in a statement:

"This case is about whether the judiciary gets to write new laws or if that should be left to elected legislators. The plain language of Title VII prohibits employers from discriminating because of sex, not sexual orientation or gender identity. If the law is to be amended, Congress, not the courts, should be the one doing it."

The Supreme Court in April decided to hear cases involving people who claim they were fired because of sexual orientation and one that involves a funeral home employee fired after disclosing she was transitioning from male to female.

You can read the full amicus brief below: