After announcing her trade policy on Monday, Warren's campaign stop in Toledo focused on the economy with heavy criticism to "giant multinational corporations." 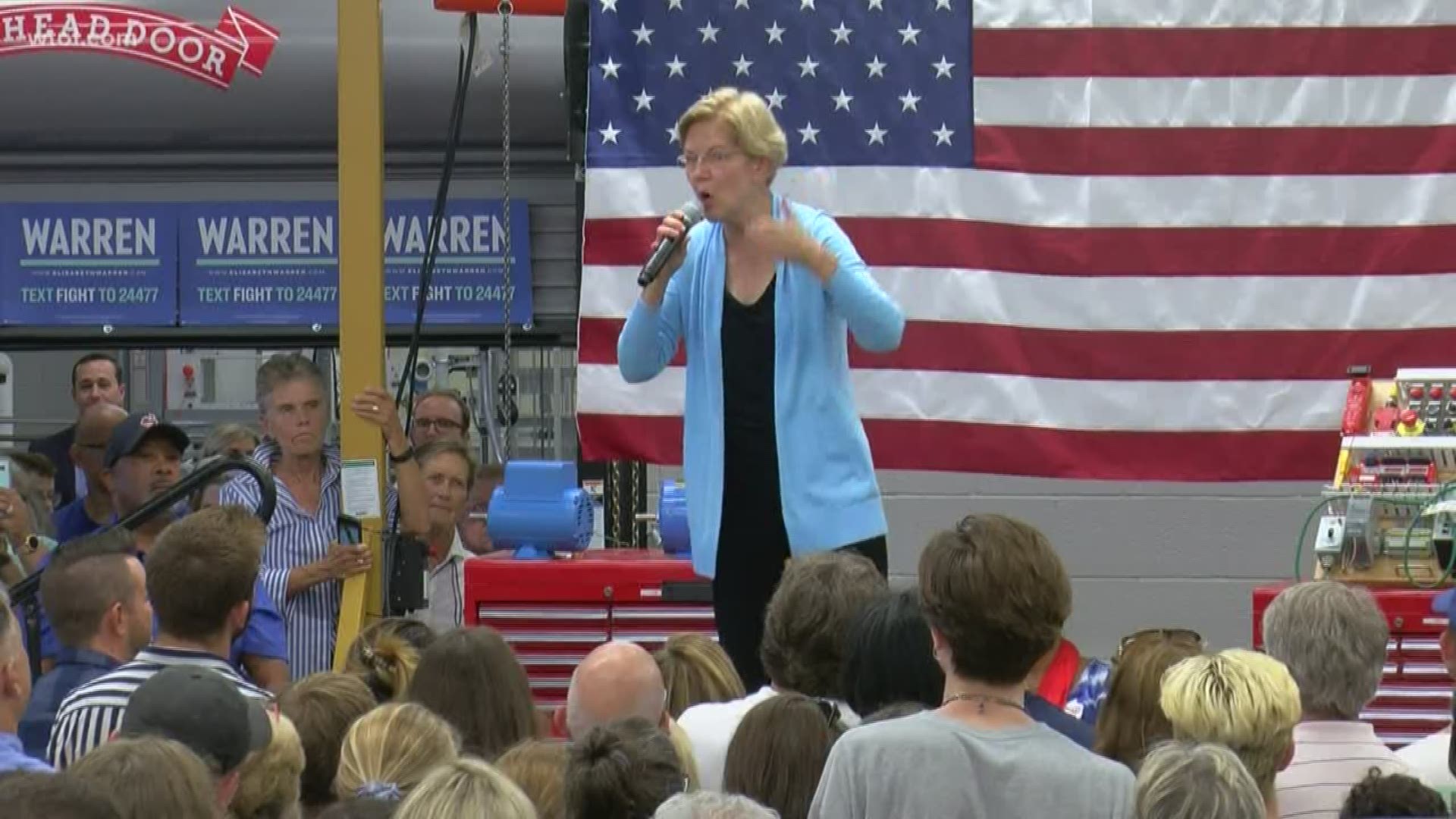 TOLEDO, Ohio — Democratic U.S. Sen. Elizabeth Warren, from Massachusetts, stopped in Toledo for a town hall that focused mainly on trade and the economy on Monday, a day before the presidential debate in Detroit.

"A way of looking at trade that will strengthen America and that's what we are going to do together," Warren said before talking about her upbringing.

Her stop in Toledo, which is right in the middle of the rust belt where President Donald Trump won the 2016 election talking about trade and jobs, comes right on the day she released her policy on trade.

Much like Trump, Warren announced she is against free trade and rejected the idea that "deals that benefit big multinational corporations and international capital at the expense of American workers are good simply because they open up markets," she wrote in a Medium post published Monday.

Lucas County Commissioner Peter Gerken introduced Warren. Gerken talked about his union roots and his past as a Jeep worker.

"And guess what?! You know our history here, we're scrappy, aren't we? We're a scrappy community. When times get tough, we get tougher. We've all seen tough times in the last 25 years here, but we survived. But we're gonna have someone talk to us tonight that is as scrappy as we are," Gerken said.

He said that having a manufacturing job is what allowed him to go to college later in life and that this kind of resilience is what makes the Lucas County community great.

Similarly, while talking about her life in Oklahoma, financial struggles her family went through and being able to afford a community college education that costed her $50 a semester, Warren touched on the minimum wage topic.

She criticized the fact that nowadays, a parent can't raise a family of three while living on a minimum wage income.

Warren went on to criticize big multinational corporations throughout her speech and said they are responsible for taking jobs and investments to other countries if it means those companies are "saving a nickel."

Outside the event, a handful of people with flags that read "Make America Great Again," and "Trump 2020" stood out in the parking lot.

Josh Smith, a seasonal worker from Sylvania, who was wearing Trump apparel said they were there to "have a discussion with people if people want to, and to oppose with facts and not feelings."

On the other hand, the venue of the event was crowded with 300 people inside the Custom Training Solutions facility in central Toledo and hundreds of other people under a tent outside because they couldn't fit inside, according to Warren's campaign.