Biden spoke live from Philadelphia Tuesday night, addressing the primaries, and Bernie Sanders held a presser Wednesday to discuss the direction of his campaign. 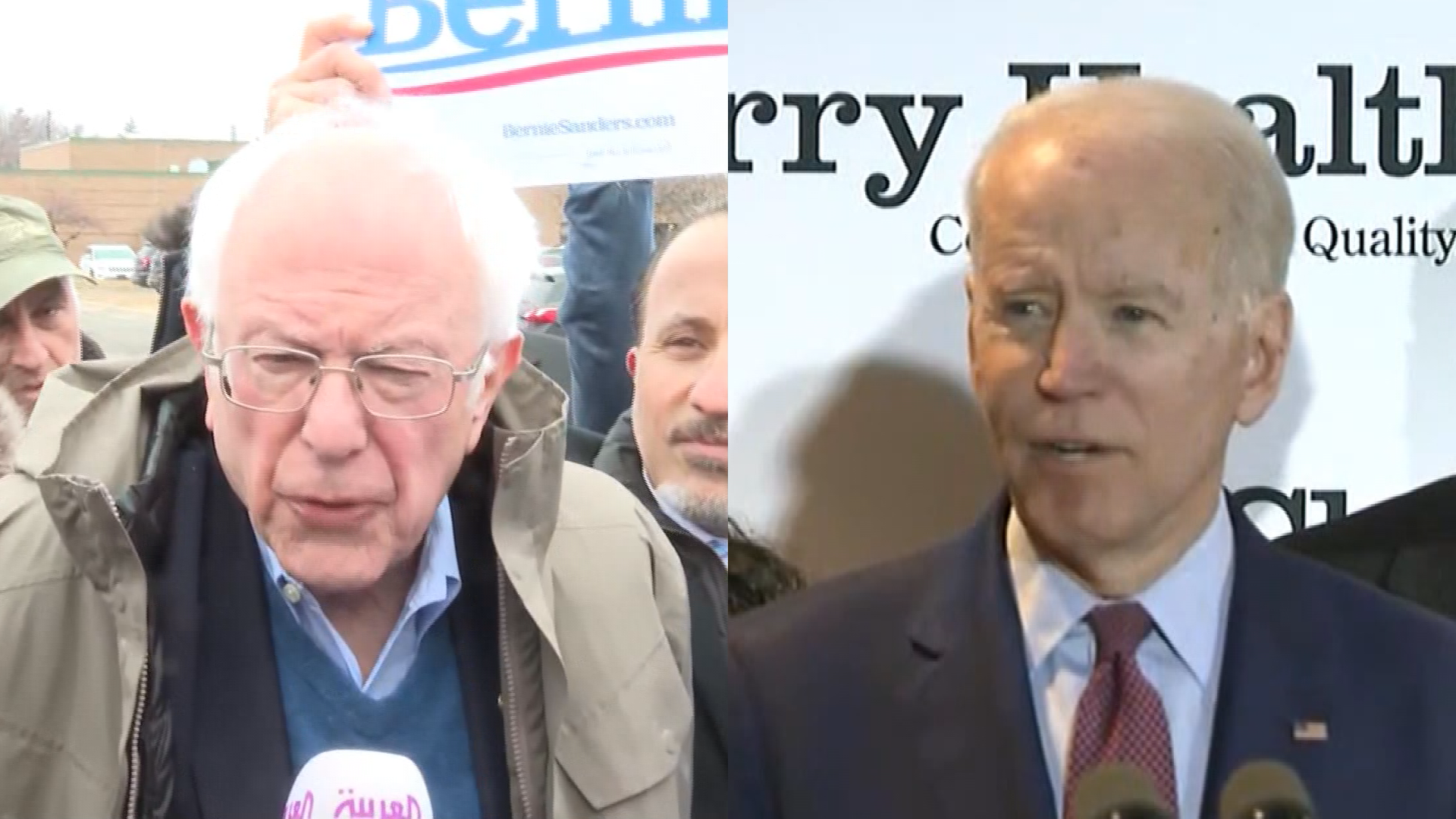 WASHINGTON — This blog will be continuously updated throughout the night, so if you refresh you will see the latest information.

The collection of March 10 primaries is less than half the size of Super Tuesday, but repercussions of this collection of primaries could be just as powerful in knocking Bernie Sanders out of the race for the Democratic nomination. Michigan holds the largest number of delegates at 125, and it was here where Sanders beat Hillary Clinton in 2016. It doesn't appear he'll have that success this time around, according to the polls.

The state races Tuesday were described by Politico as a collection of misfit primaries. Idaho, Michigan, Mississippi, Missouri, North Dakota, Washington all have much-needed delegates up for grabs.

Washington state and North Dakota remain too early to call.

Washington is a vote-by-mail state and tens of thousands of ballots were returned before the other candidates dropped out. About 35% of the vote is going to those candidates.

All votes in Washington state are cast by mail or by dropping them off in a ballot box, and the state counts a significant amount on the day of the election.

But once that first update is released, election officials only provide an update once a day until all the late-arriving ballots are counted.

In the first batch of results released late Tuesday night, Bernie Sanders and Joe Biden are essentially tied — with each claiming about 33% of the roughly 1 million counted votes.

Most counties in Washington state will next provide an update about their results Wednesday.

10:30 p.m. Eastern: Joe Biden speaks from Philadelphia opening by saying, "this is your campaign."
Bernie Sanders reportedly does not have plans to come out and speak Tuesday night.

Michigan was the largest of the six states voting Tuesday, with 125 pledged delegates at stake.

Biden emphasized the Obama administration's bailout of the auto industry, which saved thousands of jobs. He also counted on continued strong support among African American voters.

Sanders defeated Hillary Clinton in Michigan's 2016 Democratic presidential primary. Losing the state this year may greatly diminish his chances at the nomination.

Many voters are already looking ahead to November and whether President Donald Trump can again win in the state that, perhaps more than any other, catapulted him into the White House in 2016.

Joe Biden has won the Democratic presidential primaries in Missouri and Mississippi.

Missouri is among the more conservative of the six states holding Democratic primaries Tuesday. All but one of the statewide elected officials are Republicans. The Democratic presidential candidate faces an uphill battle to carry Missouri in November against President Donald Trump, who won the state by 19 percentage points in 2016.

Polls began closing in six states holding primaries or caucuses to help determine the Democratic presidential nominee who will go up against President Donald Trump in November.

Moves made to handle heavy voter turnout in North Dakota

Democrats in North Dakota added staff at their caucus site in Fargo after heavy turnout led to wait times as long as an hour.

The party expected a large boost in turnout thanks to a revamp of the caucus system plus high interest in the presidential race. North Dakota shifted this year from traditional caucuses to so-called “firehouse caucuses” that look a lot like a standard election. Voters can show up, cast a ballot and leave. But it's a party-run system and Democrats had just 14 voting sites around the state and a voting window that ran from 11 a.m. to 7 p.m.

The two candidates still in the running to be the next Democratic nominee for president for the 2020 race have both decided to heed the advice of health experts and not hold rallies that would create crowds of people.

Joe Biden and Bernie Sanders both announced Tuesday afternoon they were canceling Tuesday campaign events in Ohio amid coronavirus concerns.

Bernie Sanders received the endorsement of a member of Congress who backed Hillary Clinton in 2016 and praises the Vermont senator for leadership on issues affecting veterans and working families.

Rep. Mark Takano of California put out a video Tuesday that was from the Sanders campaign where he says he supports Sanders in part because of Sanders’ “ability to get things done.”

In the video, Takano — the first openly gay person of color elected to Congress — lauds Sanders’ early support for marriage equality, as well as his focus on issues including climate change and entitlement protections.

Takano currently chairs the House Veterans’ Affairs Committee, and cited Sanders’ previous leadership on the Senate counterpart body. His backing is the first for Sanders from a member of Congress in several weeks, while former Vice President Joe Biden rolled out nearly 50 congressional endorsements this month alone.

Joe Biden has received his third endorsement from a major national gun control group in as many days, this time from the Newtown Action Alliance.

The group was founded after the Sandy Hook Elementary School shooting in Newtown, Connecticut, which killed 26 people, including 20 children. Biden also received the support of Everytown for Gun Safety and the Brady Campaign in recent days.

The endorsement is another indication Bernie Sanders’ spotty record on gun control could weigh him down in the Democratic presidential primary. Michigan and five other states are voting Tuesday at a critical point in the race.

Sanders has a D-minus rating from the National Rifle Association. But the Vermont senator has been criticized by opponents and gun control advocates for past opposition to background check legislation and support for shielding gun manufacturers from lawsuits over misuse of their guns.

Joe Biden has faced down a pro-gun worker in a testy exchange over his plan to reinstate the assault weapons ban.

Biden spoke at an auto plant in Detroit on Tuesday and then was confronted by a worker in a hard hat who accused him of “actively trying to end our Second Amendment right." Biden used an expletive to tell the worker he was “full of" it and hushed an aide who was trying to end the conversation. 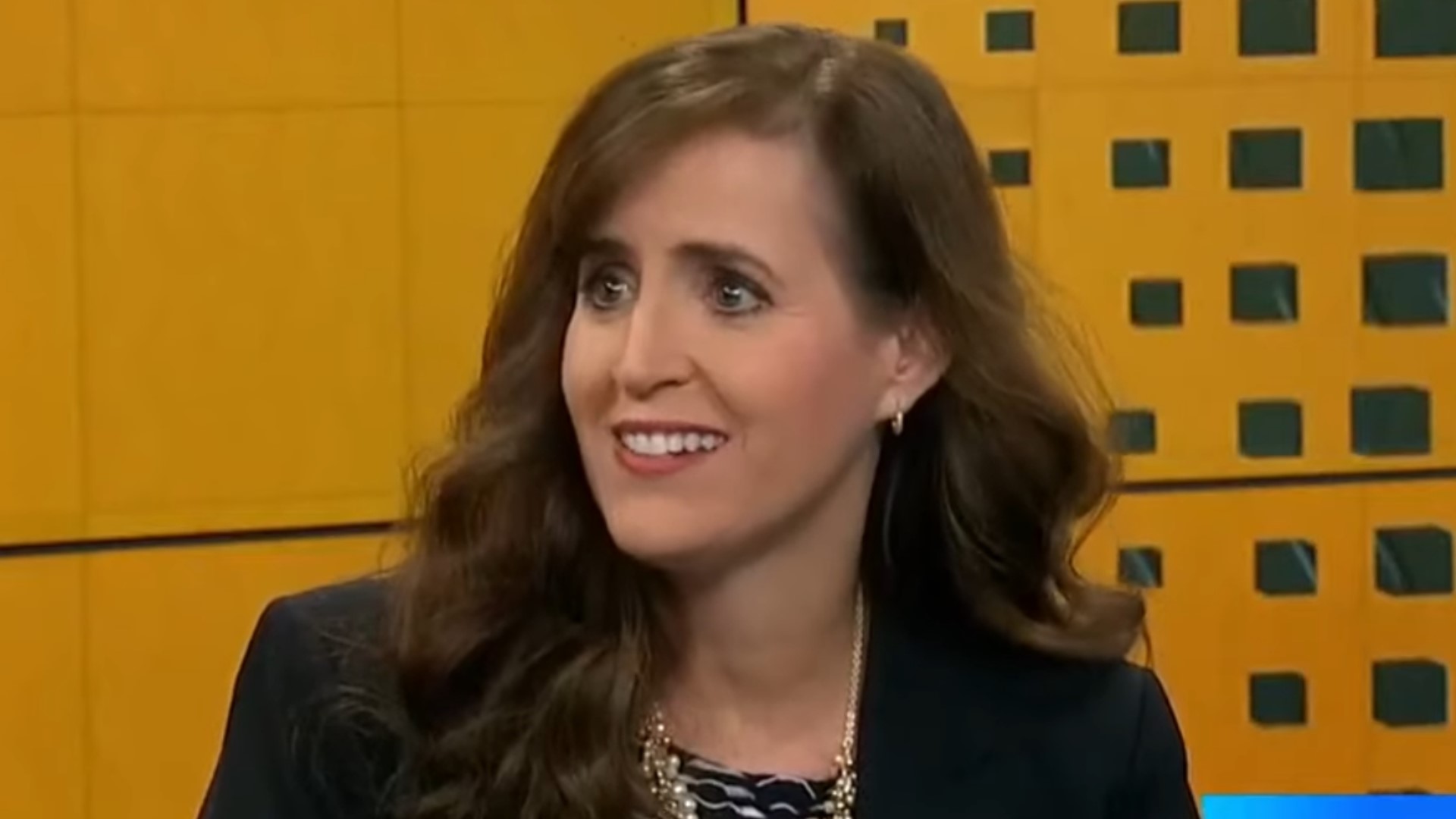