State Senate Majority Leader Mike Shirkey said that allowing abortion is comparable to "the scourge we endured when we still had slavery in this country." 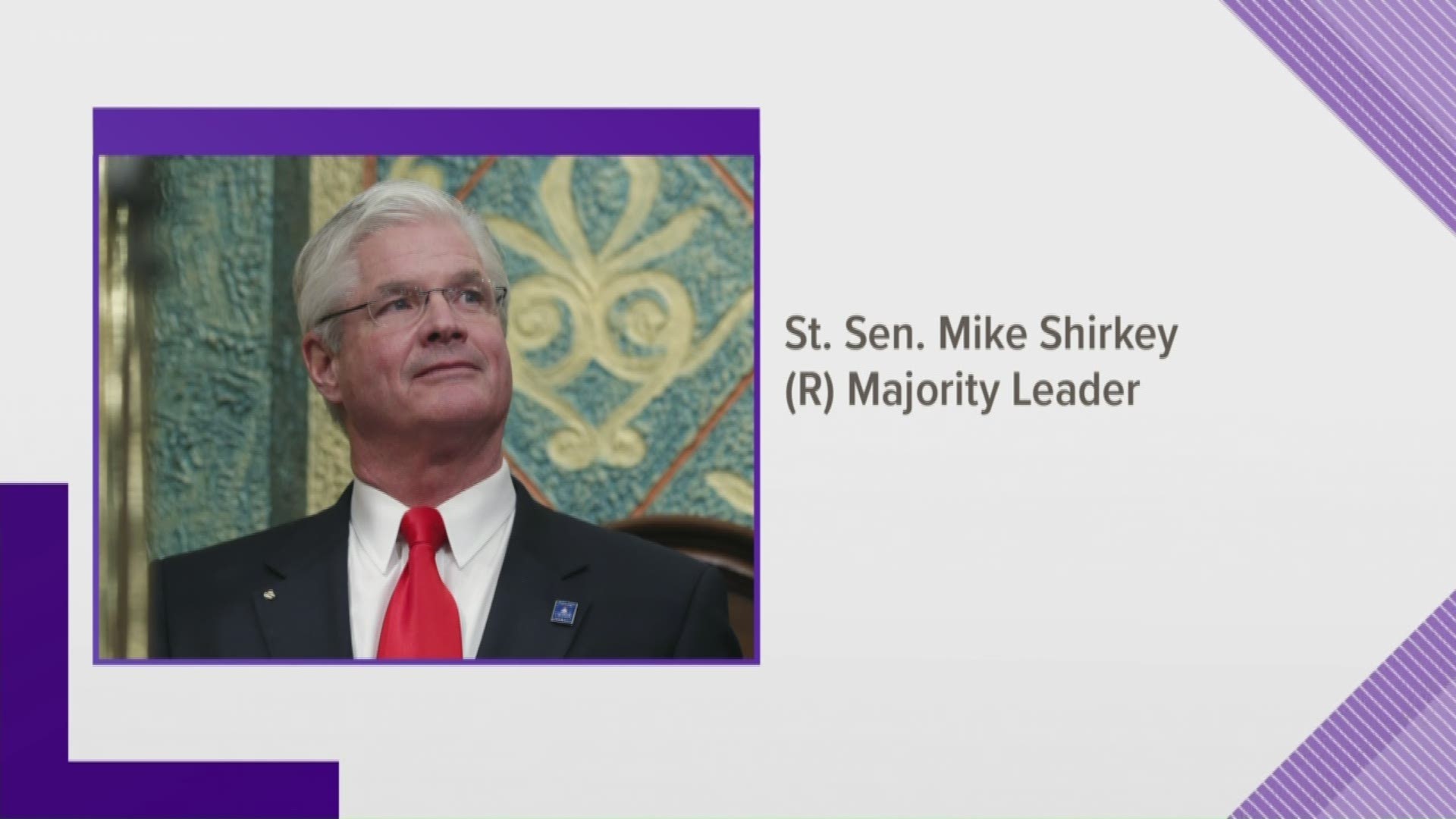 "In my mind it's comparable, and people are going to be very upset when I say this, it is comparable to the scourge that we endured when we still had slavery in this country," the business owner from Clarklake said after being asked about Democratic Gov. Gretchen Whitmer's support for newly introduced legislation that would undo abortion restrictions.

His remarks were condemned by Democratic Sen. Erika Geiss and others on Tuesday, the Senate's first day of session since the comments came to light on Friday.

"It is incredibly out of touch for him to have made such incredibly insensitive remarks," said Geiss, who is black. "I don't think comparing something that is a reproductive health care choice for one in four women — that is really no one's business except between her and her physician — has any place in a conversation about slavery."

Geiss, of Taylor, said she felt it was important to speak out. She called on Shirkey to apologize.

He did not speak with reporters Tuesday but said in the Nov. 4 radio interview that he would not apologize for his anti-abortion stance. His spokeswoman said he had no regrets and believes there is no "middle ground" on the abortion issue.

"The majority leader would never want to offend anybody with his words, but he believes that the divisive nature of (abortion) is analogous to the comparison that he made," said Amber McCann. "The comparison that he was making was to do with the impact of the issue on the country and its ability to divide people — nothing to do with the choice, the act, the procedure but rather the fervor having the potential to divide the country in the same manner."

Democrats last month introduced bills in the GOP-controlled Legislature that would, among other things, provide a fundamental right to have an abortion before fetal viability or if the procedure is necessary to protect the pregnant woman's life or health.

Anti-abortion groups in Michigan have been circulating two veto-proof citizens' initiatives that — if enough signatures are gathered — could be enacted by Republican legislators over Whitmer's objections. One would ban the common second-trimester procedure known as dilation and evacuation, except if it would save the mother's life.

Shirkey referenced the procedure, which critics call "dismemberment abortion," by calling it "unthinkable and something that I can't imagine a sane person would support."

"No matter how any of us feels about abortion, I think we can all agree that equating a safe, legal medical procedure with slavery is as ludicrous as it is disgusting," said spokeswoman Angela Vasquez-Giroux.