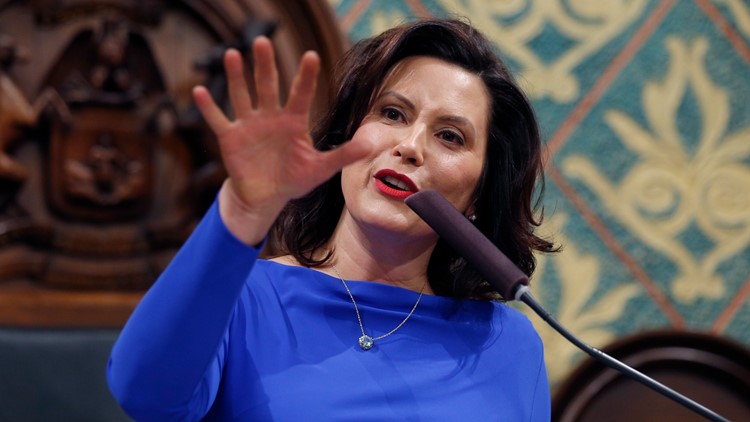 By elevating a fresh face and casting an election-year spotlight on the Midwest, the party looks to win back states Trump narrowly captured.

Trump won in Michigan by a 0.3% margin in 2016. That was the first time the state voted Republican for president since 1992.

Whitmer won the state's governor race against GOP opponent Bill Schuette by a 9.6% margin in 2018.

Whitmer's selection has led to increased speculation that she could be a running mate pick, though she has said she is not interested.

The selection also comes shortly after Trump visited an auto supplier in Warren, Mich., where he celebrated the new trade agreement between the U.S., Mexico and Canada one day after signing it into law.

RELATED: Trump State of the Union to project optimism during bitter division

During his remarks at the plant, the president highlighted his victory in Macomb County in the 2016 election, where he won with an 11.5% margin.

In the same county, Whitmer got 50.4% of the votes, defeating Schuette with a 3.5% margin.