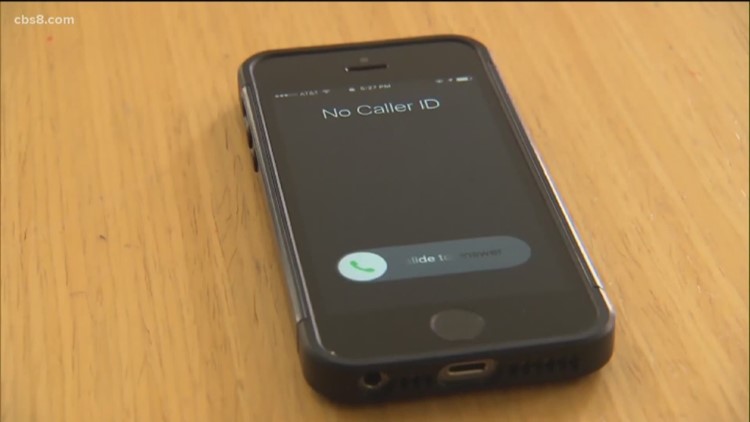 Michigan AG unveils plan to crack down on illegal robocalls

LANSING, Mich. — Michigan Attorney General Dana Nessel on Friday announced a planned crackdown on robocalls, outlining a dozen initiatives designed to curb the automated calls that in many cases are illegal.

Steps include increased enforcement actions, educating people on how they can protect themselves from scams and working to update state laws.

“When people are going to behave the worst is when they think that nobody’s watching and that no one is investigating and no one is prosecuting them,” Nessel said during a news conference with representatives from the telecommunications industry, Better Business Bureau, local health agencies and the legal community. “The message we want to send loud and clear is, ‘If you are engaged in this kind of illegal activity, we are going to come after you.’”

Robocalls are phone calls that use a computerized auto-dialer to deliver a pre-recorded message. They often are associated with political and telemarketing phone campaigns.

Legal robocalls can be made if you have given prior permission to be contacted, you are a customer or the caller requests a face-to-face meeting to sell you something, Nessel said. They also are legal if they comes from a charity, public safety group raising money or a candidate, political party or political action committee. Robocalls also can be used for public-service or emergency announcements.

A robocall is illegal if you are on the national do-not-call registry or it is for the sale of good or services worth more than $25, Nessel said. Also out of bounds: any instance where the number on the caller ID is fake, misleading or inaccurate, or the caller does not give a full name, say on whose behalf the call is being made or list a phone number that, if called, will be answered by a live operator.

Robocalls are on the rise. Tech vendor YouMail says there have been 1.3 billion in Michigan this year, already more than 2018 with two months remaining. The figure is more than double the 617 million robocalls three years ago.

Nessel said her office will partner with federal agencies and others to target robocalls, introduce a “scam tracker” to alert residents to cons and work with carriers to establish “do-not-originate” lists preventing robocallers from spoofing government numbers. Investigators will monitor phone lines to detect and target illegal robocallers. A new website, www.mi.gov/robocall, will educate the public about the problem.

FILE - In this March 18, 2019, file photo, Michigan Attorney General Dana Nessel is seen in Clawson, Mich. Nessel plans a crackdown on illegal robocalls. On Friday, Nov. 15, 2019, she announced a dozen initiatives aimed at putting a halt to the calls, many of which she says are scams. (AP Photo/Paul Sancya File)
AP

In August, attorneys general from all 50 states announced a pact with major phone companies that pledged to do more to fight robocalls.

According to the agreement, the companies will offer call-blocking tools for free to customers, with the exception of those who still use old copper landline phones. The deal also asks the carriers to deploy a system that can label caller ID numbers as real.

“As the technology solutions get better and are more fully developed and get rolled out, that capability is going to improve. But a lot of companies are offering ways that can allow customers to cut down on the illegal calls they receive,” said Scott Stevenson, president of the Telecommunications Association of Michigan. “The most important thing customers can do is educate themselves about this issue.”

Congressional leaders said Friday they reached an agreement in principle, merging anti-robocall bills that earlier cleared the House and Senate and increasing the chances of legislation being sent to President Donald Trump this year.

RELATED: Robocalls nearly 75% of complaints for Do Not Call Registry violations