The Republican wishes to establish the Toledo Joint Recreation District, run independently from the city, to create more opportunities for youth. 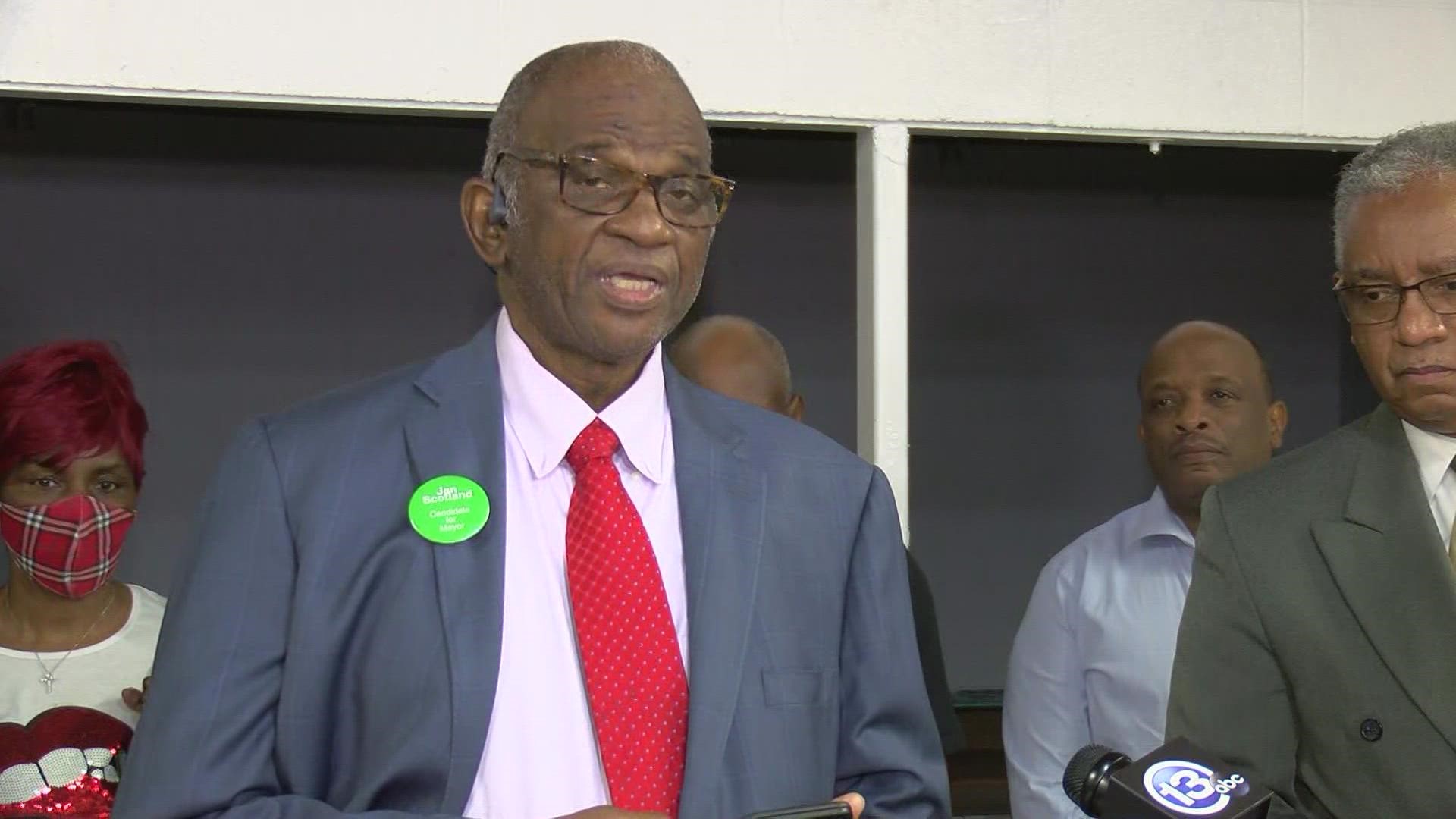 TOLEDO, Ohio — Republican Jan Scotland held his first news conference Thursday since his petitions to run for mayor were certified, and outlined his approach in reducing violence in the city.

RELATED: Violent crime down, overall crime mostly gang-related in Toledo, according to mayor

"We have a pipeline to crime because there's nothing for our youth to do," Scotland said while speaking at Octagon Hall in central Toledo. "We put some spotty athletics out there, we barely get the pools open. As a result of having nothing to do, [kids] choose other things."

Scotland plans to establish the Toledo Joint Recreation District to handle athletic programs for kids and manage the city parks. He envisions this entity functioning separately from the city of Toledo.

He also said he wants to partner with various industries to create job training programs for in-demand careers for young people who are past the age of youth athletics.

In February, Kapszukiewicz hired JoJuan Armour as a program manager for his initiative to reduce gun violence.

On Wednesday, the mayor announced Operation Clean Sweep. The program's goal is to remove guns from people who can't legally possess a firearm.

Toledo Police Chief George Kral said a special agent with the Bureau of Alcohol, Tobacco, Firearms and Explosives (ATF) will be in the detective's bureau this weekend. Any time a TPD crew or officer make an arrest from Friday to Sunday and an illegal gun is found, it will be brought to the ATF agent to be screened.

If certain criteria are met, the suspect will be charged with a federal crime.