Jimmy Carter recovering after surgery on brain for subdural hematoma 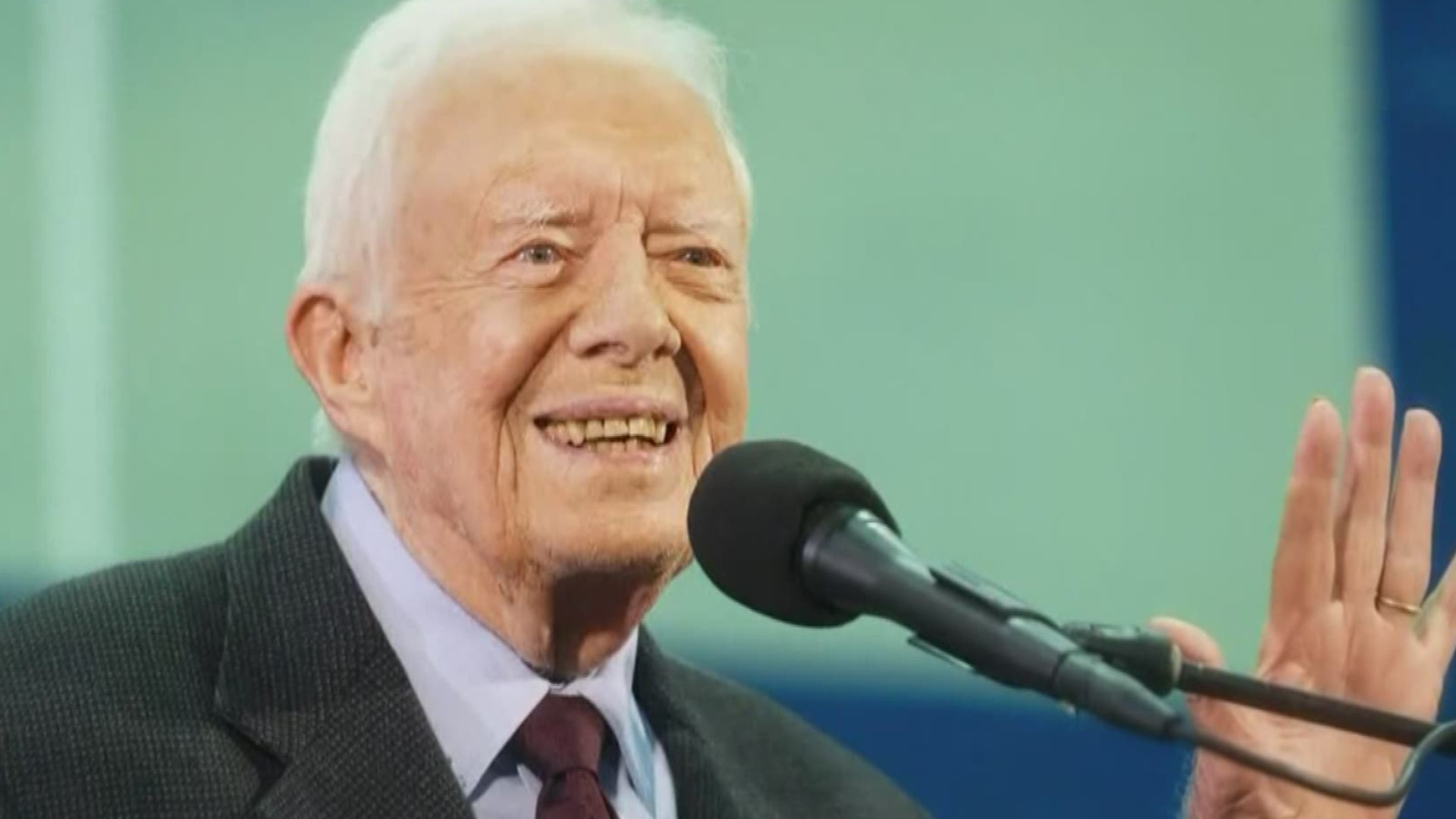 Former President Jimmy Carter is recovering following a procedure to relieve bleeding pressure on his brain, the Carter Center said this morning.

There were no complications from the surgery and President Carter will remain in the hospital "as long as advisable for observation" the Carter Center said.

"President and Mrs. Carter thank everyone for the many well-wishes they have received," a statement said.

It was unclear how long Carter might be hospitalized, his pastor, the Rev. Tony Lowden, told The Associated Press.

"If anybody can make it through this Jimmy Carter can. His will to serve is greater than his will to give up," said Lowden.

Carter's wife of 73 years, Rosalynn Carter, is with him at the hospital, Lowden said. "She won't leave his side," Lowden said.

According to the U.S. National Library of Medicine's medical encyclopedia, a subdural hematoma is a "collection of blood between the covering of the brain (dura) and the surface of the brain."

It is most often the result of a severe head injury, according to medical encyclopedia, and is "among the deadliest of all head injuries."

"Emergency surgery may be needed to reduce pressure within the brain," the encyclopedia states. "This may involve drilling a small hole in the skull to drain any blood and relieve pressure on the brain."

Last month, Carter fell in his home and suffered a minor pelvic fracture. For that injury, The Carter Center said he was admitted to the Phoebe Sumter Medical Center and was later released.

His wife, Rosalynn Carter, made comments last week at a public event that he was doing "really well."

In another incident before that injury, also in October, the former president fell, leaving him with a black eye and 14 stitches. However, that didn't slow him down. The next day, Carter and his wife were in Nashville leading hundreds of volunteers in a Habitat for Humanity build.

Prior to that, in May, Carter had surgery for another broken hip. A spokesperson said he was leaving his home in Plains, Georgia, to go turkey hunting when he fell.

In fact, on Nov. 3, just days after falling, Carter sat on a motorized lift chair at the front of the sanctuary to teach a 45-minute lesson based on the Old Testament book of Job. More than 400 people were on hand in the main hall and smaller, overflow rooms where the lesson was shown on television.

However, because of his surgery on Tuesday, the church said President Carter will not be teaching at Sunday school this coming Sunday, Nov. 17. His niece will teach instead.

"Please continue to pray for him and his family," the church asked.

Sophie's Nightmare: How a Georgia mother allowed her boyfriend to impregnate her 10-year-old