Here's a deeper look at some of the questions asked during the WTOL 11 mayoral debate on Tuesday. 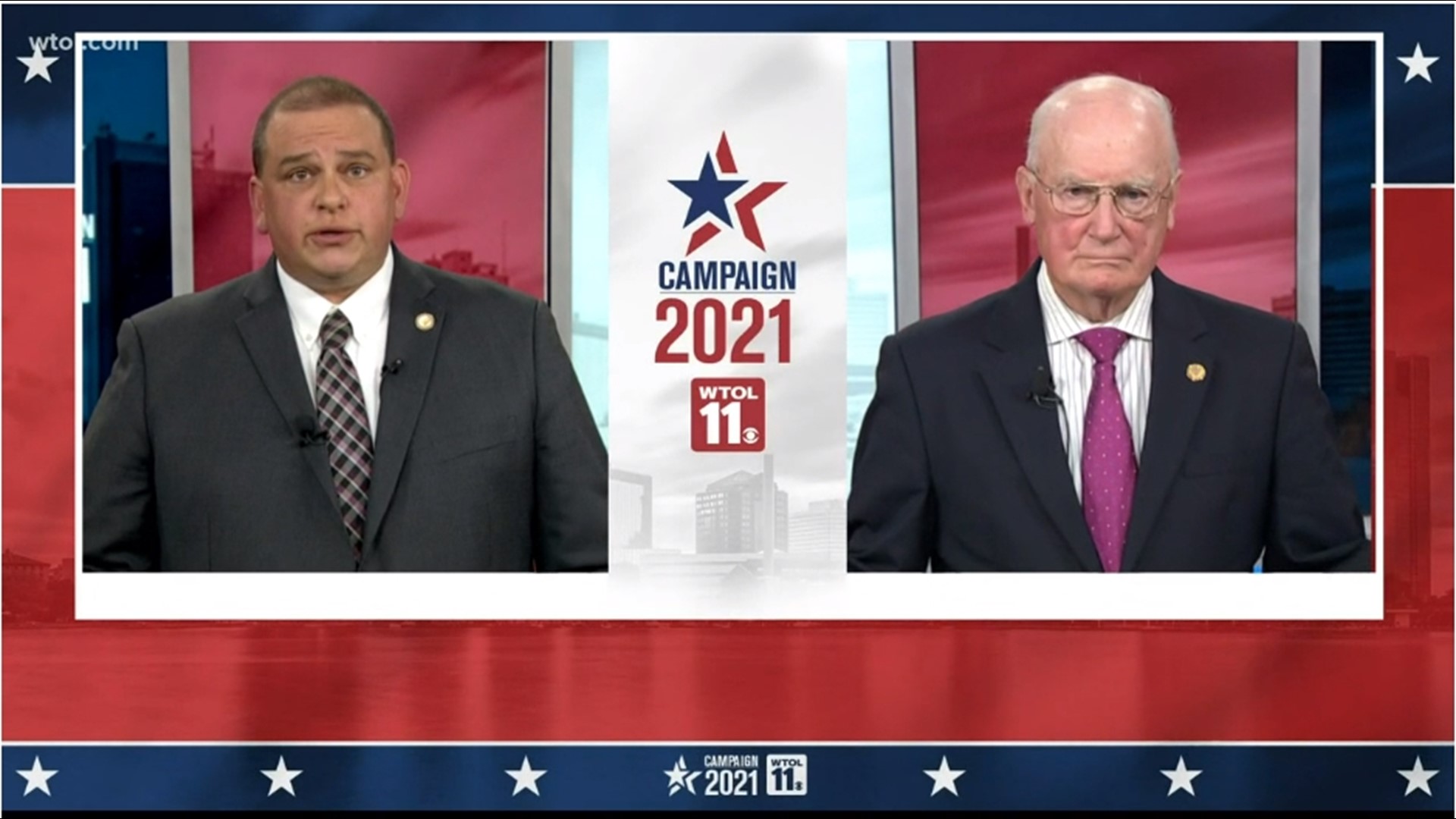 Many topics were covered and barbs were shared between candidates during the debate.

One question Toledo residents wanted to know the answer to is, "why redo Summit Street? Couldn't that money be used to do more for local and neighborhood road repairs?"

Here are the candidates' answers:

Carty Finkbeiner: I'm concerned when I see Summit Street repaved, repaired twice in two years. That was a waste of taxpayer's money. The money could've gone into the neighborhoods to improve many of the neighborhoods.

Mayor Kapszukiewicz  says those funds have allowed the city to tackle both larger roads like Summit St. and the neighborhoods, while Finkbeiner believes Summit St. should have been left alone with more of the funds directed to neighborhoods.

As of right now, the Summit St. project is still under investigation by the FBI over allegations that the city covered the cost of moving one private utility, but not others.

The next topic of discussion was safety.

Both candidates said they believe there should be more cameras to monitor crime in the Old West End, but Finkbeiner had choice words for the current mayor's handling of violence.

"We need to get a game plan that's beyond five well-meaning young men that don't have a clue how to stop the violence and that is the fault of the mayor, safety director and chief of police," Finkbeiner said.

"Carty did lay off police as mayor, the only mayor to do so since the Great Depression. I grew the size of the police force for the first time in over a decade. I think the best place to predict future actions is past performance," Kapszukiewicz said.

The current mayor has hired violence interrupters to go out into communities to create relationships and try to curb violence using people not affiliated with police. That program was just implemented in the Junction neighborhood over the summer.

Finkbeiner confirmed he did lay off officers, but says it was back during a financial crisis when there was no other choice.

WTOL 11 will continue to fact check and contextualize other moments from Tuesday's debate.