Who is Rev. Raphael Warnock

A look at the projected winner. 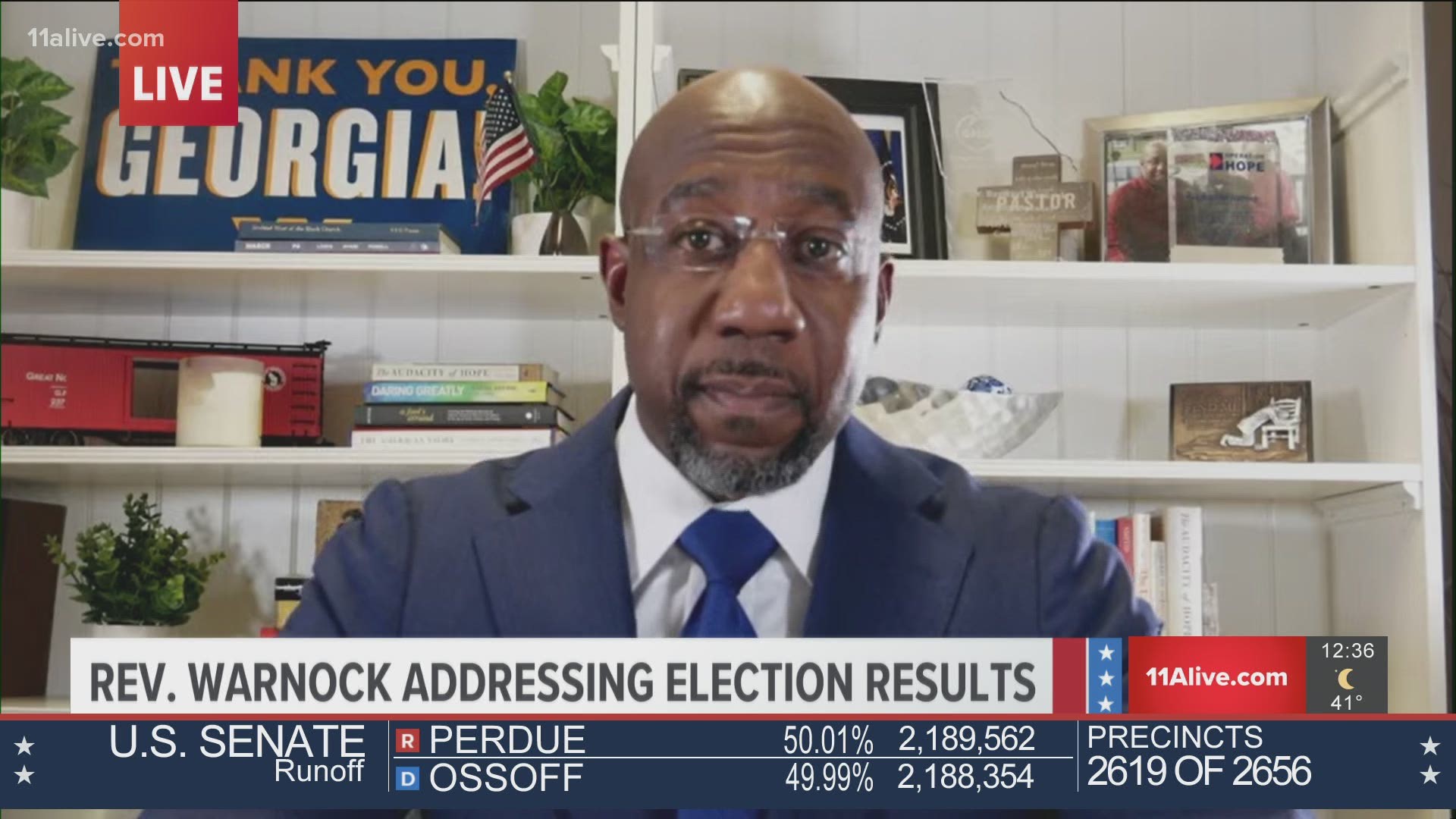 Here’s some information about him.

He grew up in Savannah, Georgia with 11 siblings.

Warnock graduated from Morehouse College in Atlanta with a degree in psychology in 1991 and went on to earn a Master of Divinity degree from Union Theological Seminary in New York City. He became the senior pastor of Ebenezer Baptist Church in 2005.

He has never held public office, and his run for U.S. Senate is his first campaign.

Warnock, who is divorced, has two children, a daughter, Chloé, and a son, Caleb.

The candidate spoke just after midnight on January 6 and said, "I am going to the senate to work for all of Georgia," Referencing Dr. King and the late Rep. John Lewis.”

11Alive News is your source for Election Day stories, identifying voter issues, fact-checking, and results. Bookmark this page for real-time election results, including absentee ballots and early voting, as they come in. To get an alert with results, download the 11Alive app and sign up for alerts.