The president's rally is being held at the Pickaway Agriculture and Event Center in Circleville, south of Columbus. 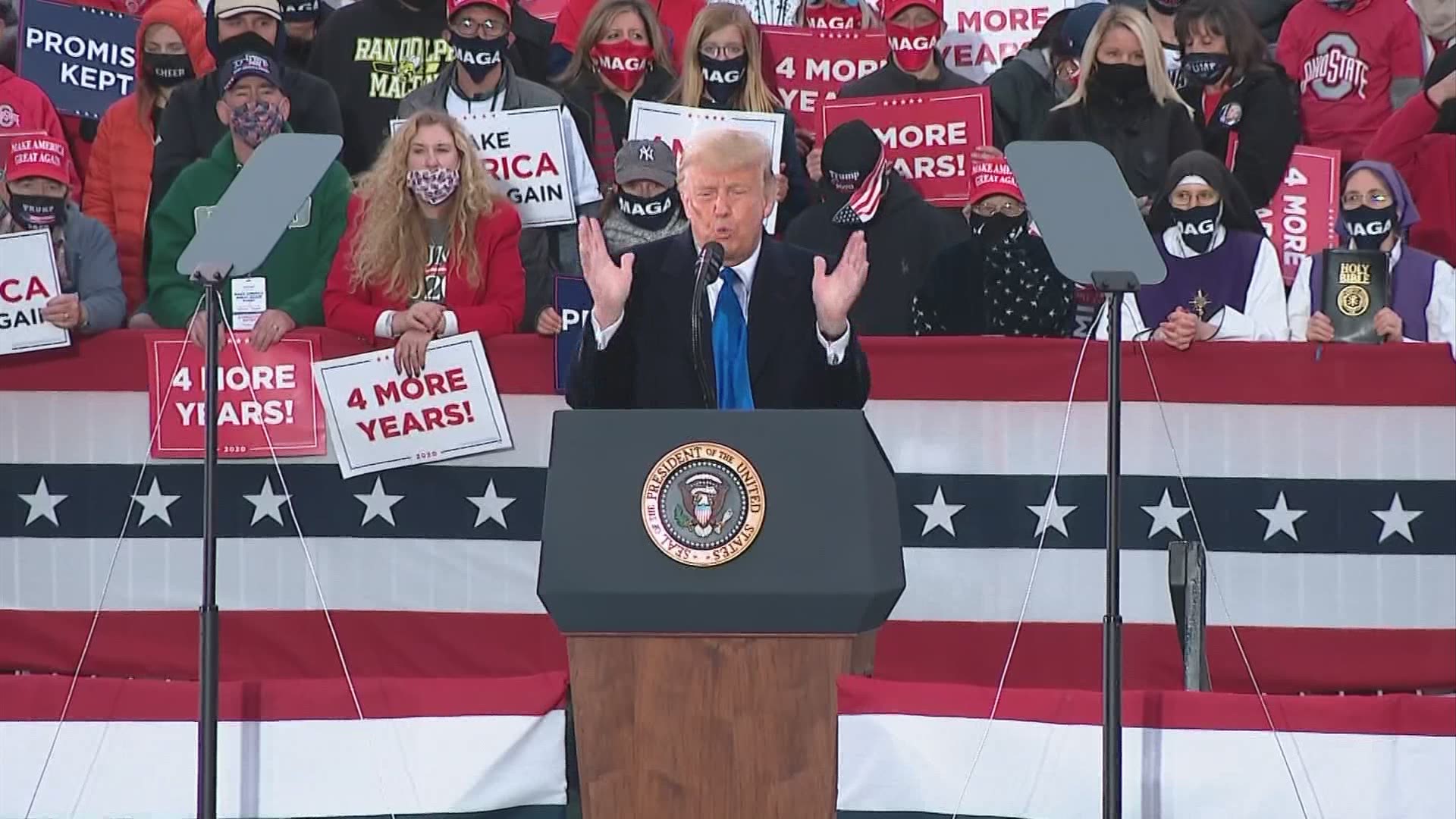 CIRCLEVILLE, Ohio — In a wide-ranging speech that praised his own record in office and criticized his opponent, President Donald Trump made only brief remarks on the COVID-19 pandemic - which has largely defined American life for most of 2020.

In fact, the number of coronavirus cases, hospitalizations and ICU admissions have increased in recent weeks, which has raised concerns for Ohio’s Republican Governor Mike DeWine - who mentioned the dangers in increases during his weekly press conferences.

The state has a mask order in place but Saturday’s crowd In Circleville included many people wearing masks and many who were not; social distancing was nearly impossible in certain sections of the Pickaway County fairgrounds - the same location where this summer more than 20 COVID-19 cases were linked to the county fair.

“I had it. I worked out. And now I’m immune,” President Trump told the crowd.

Trump reminded the crowd in Circleville that he won Ohio by 8 points in 2016 and could win again. Ohio is a bellwether state - no Republican has ascended to the White House without Ohio in the modern era of the two-party system.

Much of Saturday’s speech was aimed at criticizing his Democratic opponent - former Vice President Joe Biden.

Trump said Biden would raise taxes, threaten Medicare and social security and lead the country into a depression.

Several people interviewed by 10TV News in attendance told us they trust the president and support his policies.

“If I don’t seem like a politician it’s because I am not a politician... I am fighting harder for you than any other President,” Trump said.

RELATED: 'I voted for a guy named Trump,' the president says after voting in Florida