'Delaying mail got you fired back in the day and now it is OK?' Martin Lopez Ramirez, a postal worker of 31 years, questioned. 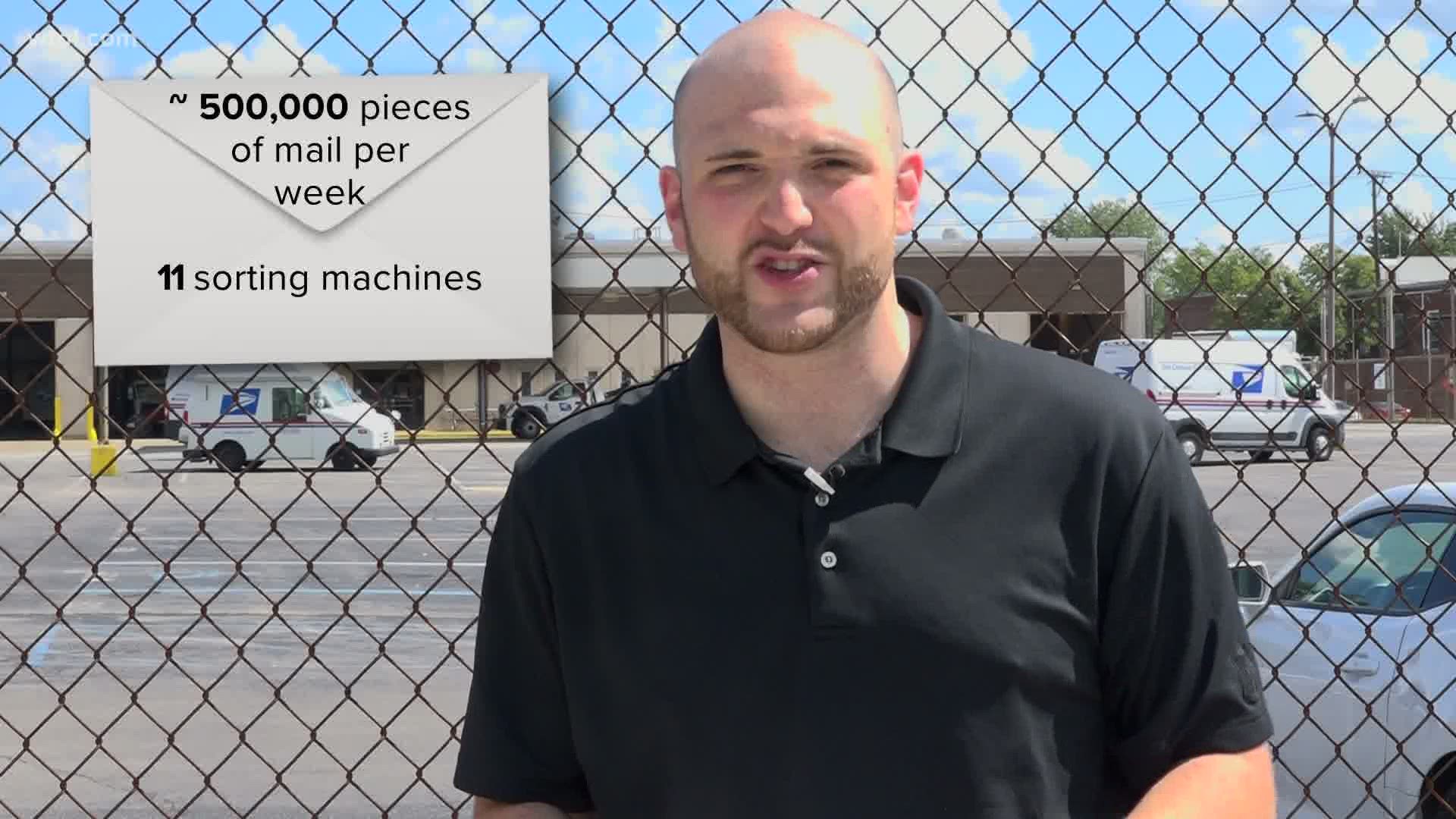 TOLEDO, Ohio — Recent cutbacks within the United States Postal Service have Martin Lopez Ramirez, a postal union leader in Toledo who has worked for the agency for 31 years, scratching his head.

"Delaying mail got you fired to back in the day and now it is OK?" he questioned.

Ramirez was referring to recent mandates that include cutting overtime hours, removing sorting equipment and mailboxes, and slashing other expenses that assured mail would get delivered in time.

Now, he is calling on the USPS administration to reverse course on these changes - a sentiment echoed in Ohio by public officials concerned about the upcoming election.

RELATED: What's happening at the US Postal Service, and why?

Ohio Attorney General Dave Yost penned a letter Sunday to President Donald Trump, urging him to wait until after November to implement the changes.

"It is unclear at best that these reductions in capacity are even across geographic and political communities, raising the questions of disparate impacts," the letter read. "These changes so close to the election are certain to give rise to litigation, which in turn will create a sense of chaos and uncertainty that will likely roll right into the early voting period —  thereby de-legitimizing the thousands of winners of the November contests."

The letter comes just a few days after Trump openly admitted he doesn't want to see the postal service funded enough to handle the potential influx in mail-in ballots this year.

But Yost is not alone.

Latta also started conducting a survey at the time, asking the community to report challenges they may have had with the postal service.

On Monday, Latta and Sen. Rob Portman were among other Republican Congressmembers from Ohio to sign a letter addressed to DeJoy asking him to work with Ohio Secretary of State Frank LaRose to implement needed procedures ahead of the election.

"That's 150 to 180 million ballots if everybody voted by mail. We cover 1.3 billion (mail pieces) the week leading up to Christmas. We can handle it. What we can't keep doing is having them put our hands behind our back and tying them and say, get it done," Ramirez said.

The USPS processing and distribution center on S. St Clair Street in south Toledo had five of its 11 sorting machines taken out of service in mid-July, according to Ramirez.

"Well, originally, prior to COVID, we could process - and I don't want to get these numbers wrong - somewhere up to a half a million pieces in a week. Now, due to COVID, yes, people stopped mailing a lot," he said. "So, let's say it dropped to 250,000. But you don't take the machine out, expecting COVID to last forever. And we're asking ourselves, what are we doing in the meantime? With no overtime, no machines. And now, here comes an election. And we took out a machine that runs these election ballots."

The changes were made to make USPS more fiscally responsible. The postal service reported revenue of $17.6 billion while operating expenses summed $19.8 billion in the third quarter of this fiscal year.

Ramirez advised voters to mail their ballots four weeks prior to the election in order to guarantee they get to their destination on time. An absentee vote only gets counted in Ohio if it arrives at the county board of elections up to 10 days after Election Day.

"We want that vote to count. So, if you use us, we're going to personally make sure it gets where it's going. But if you feel safer taking it to the state election board or the drop off box, feel free to do that too. We encourage it. We're not going to get rich off a $1.25 ballot. Where we get rich is your trust," Ramirez said.

However, for Ramirez, the changes create issues that go further than the election. For a postal worker who takes pride in his work, the issue is personal.

"My story is, 31 years ago, my mom took the phone call for me, and said, 'Mijo, they hired you in the post office. They want you to start.' And she started crying. Now, she didn't go into why she started crying," he said. "But I realized once I got this job, she knew it was good benefits. She knew that it was right. It was a righteous job. You did a service. You didn't worry about making the profit over the service."