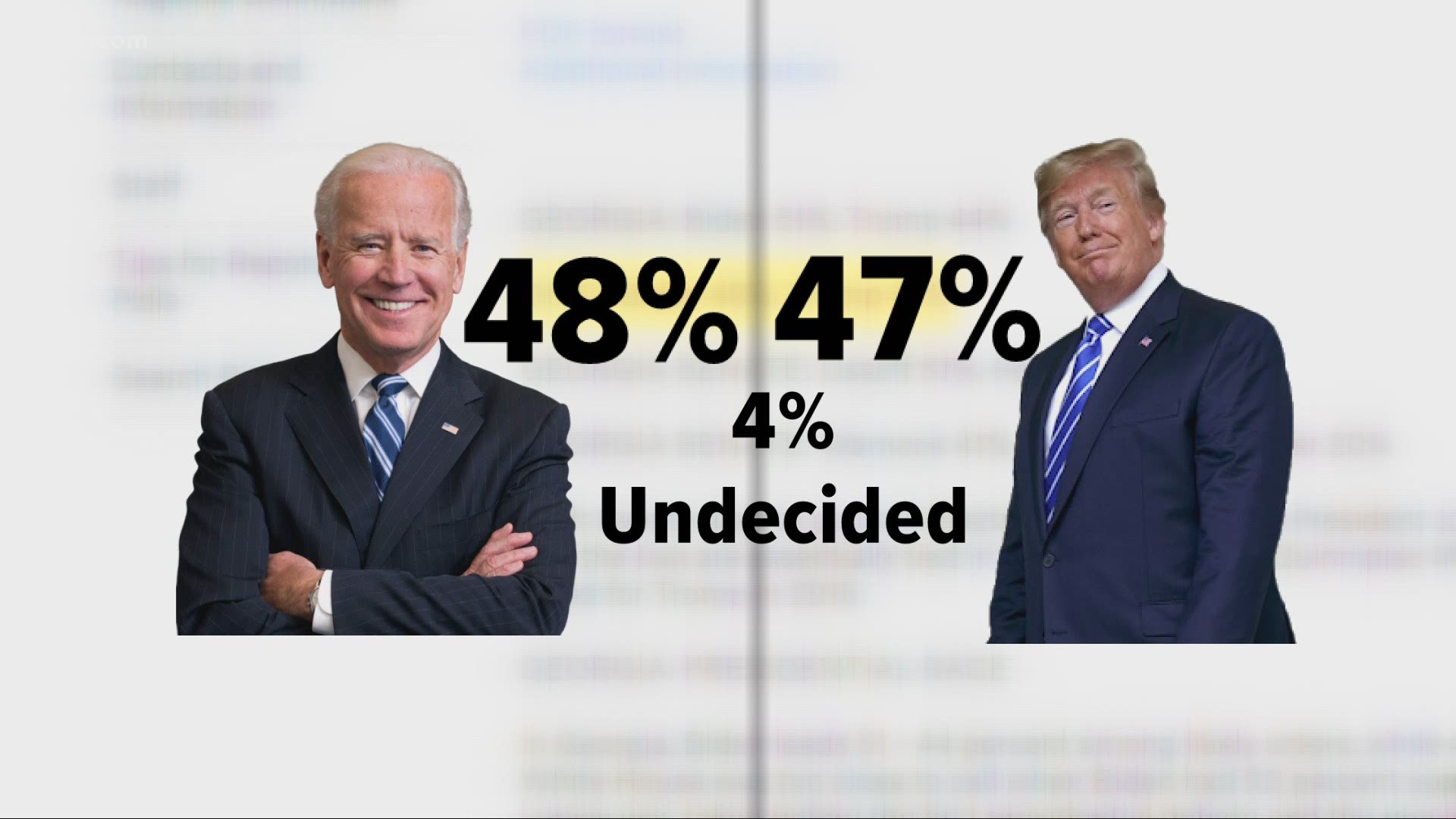 According to a new Quinnipiac University poll, Biden and Trump are essentially tied in the Buckeye State. The survey of more than 1,100 likely voters in Ohio shows Biden at 48% and Trump at 47%. Four percent are undecided.

"Going down to the wire, it's a nail biter in Ohio four years after the Buckeye State delivered a decisive win for Donald Trump (in 2016). Joe Biden and Trump remain locked in a race that is too close to call, and the needle hasn't budged with each candidate sitting exactly where they were in late September," said Quinnipiac University Polling Analyst Mary Snow in a statement.

In Ohio, likely voters are divided on the way President Trump is handling his job with 51 percent disapproving and 47 percent approving.

When it comes to the way he is handling the response to the coronavirus, Ohio likely voters slightly disapprove by a 51% to 46% margin.

Last weekend, Baldwin Wallace University's Great Lakes Poll showed President Trump holding a slim 47%-45% lead over Biden in the Buckeye State, which was an improvement for Trump from the last BW poll released September 24 that showed the two in a virtual tie.

“In this poll we had Trump diagnosed with coronavirus and we thought that might push numbers toward Biden,” said Professor Lauren Copeland, Baldwin Wallace University, “but in fact, they stayed largely the same.”

Both campaigns are making several stops in Ohio this week. On Monday, Biden held events in Toledo and Cincinnati, while Vice President Mike Pence made a stop in Columbus. On Friday, Democratic Vice Presidential candidate Sen. Kamala Harris is scheduled to make a visit in Cleveland, while President Trump's daughter Ivanka will hold a rally in Cincinnati.