The Election-eve poll shows Biden with a 47%-43% lead over Trump in the Buckeye State. 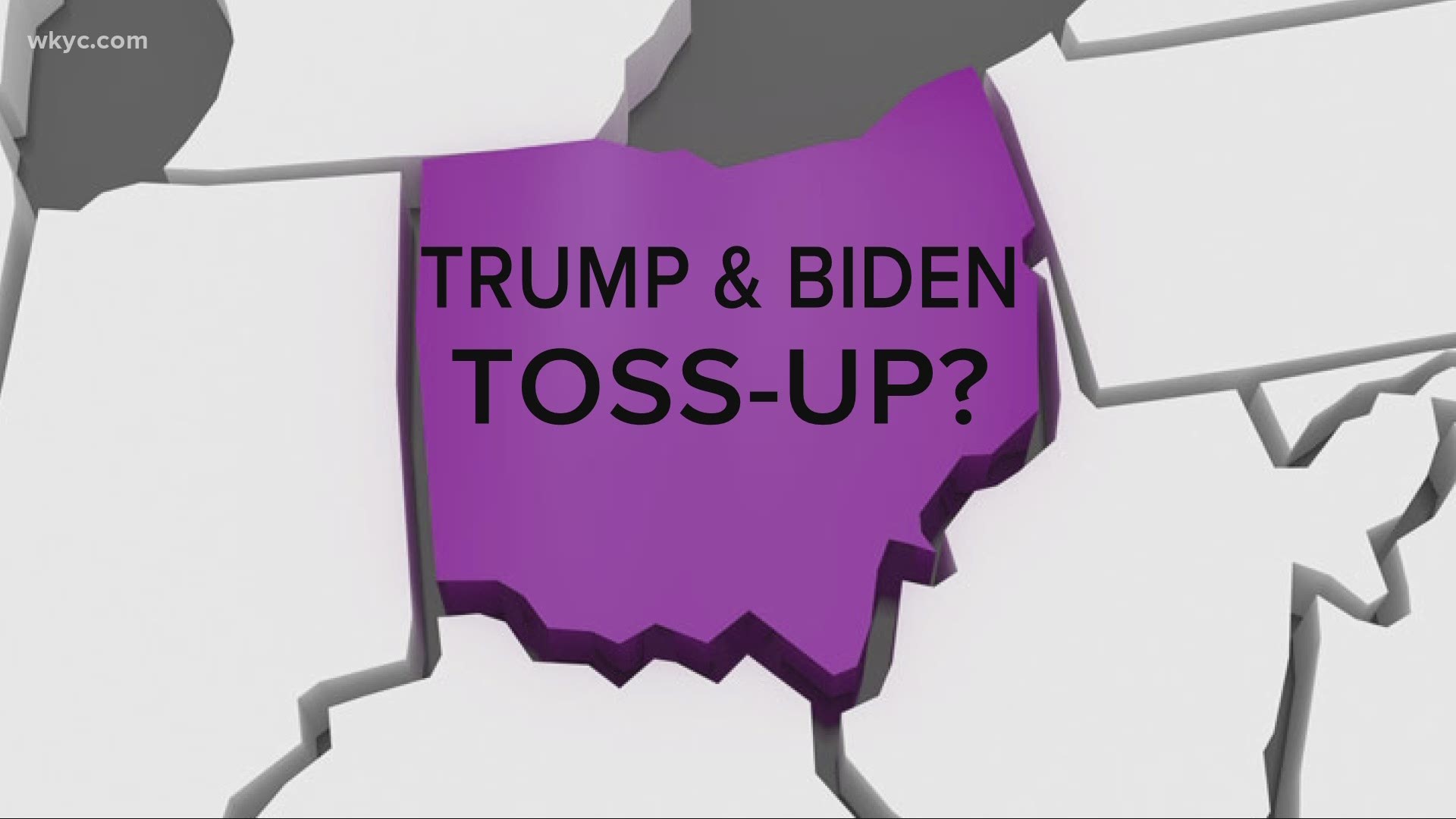 "In a state that's picked the winner of every presidential race since 1964, Ohio is a close race on the eve of Election Day 2020. Donald Trump easily won the state in 2016, but is losing some ground in the final stretch to Joe Biden," said Quinnipiac University Polling Analyst Mary Snow.

If you’re planning to vote Tuesday, the polls are open throughout Ohio from 6:30 a.m. until 7:30 p.m. If you’re mailing in an absentee ballot, it must be postmarked by Monday, Nov. 2. Otherwise, you can drop it off at your local Board of Elections until the polls close at 7:30 p.m. on Tuesday.

READ: VOTER GUIDE | Everything you need to know about Ohio's 2020 election from important dates to finding your polling place

We streamed Biden's visit to Cleveland, which you can watch in full below: