Trump Jr. will be at Nagle Companies at Toledo Executive Airport as part of a swing through the Midwest early next week. 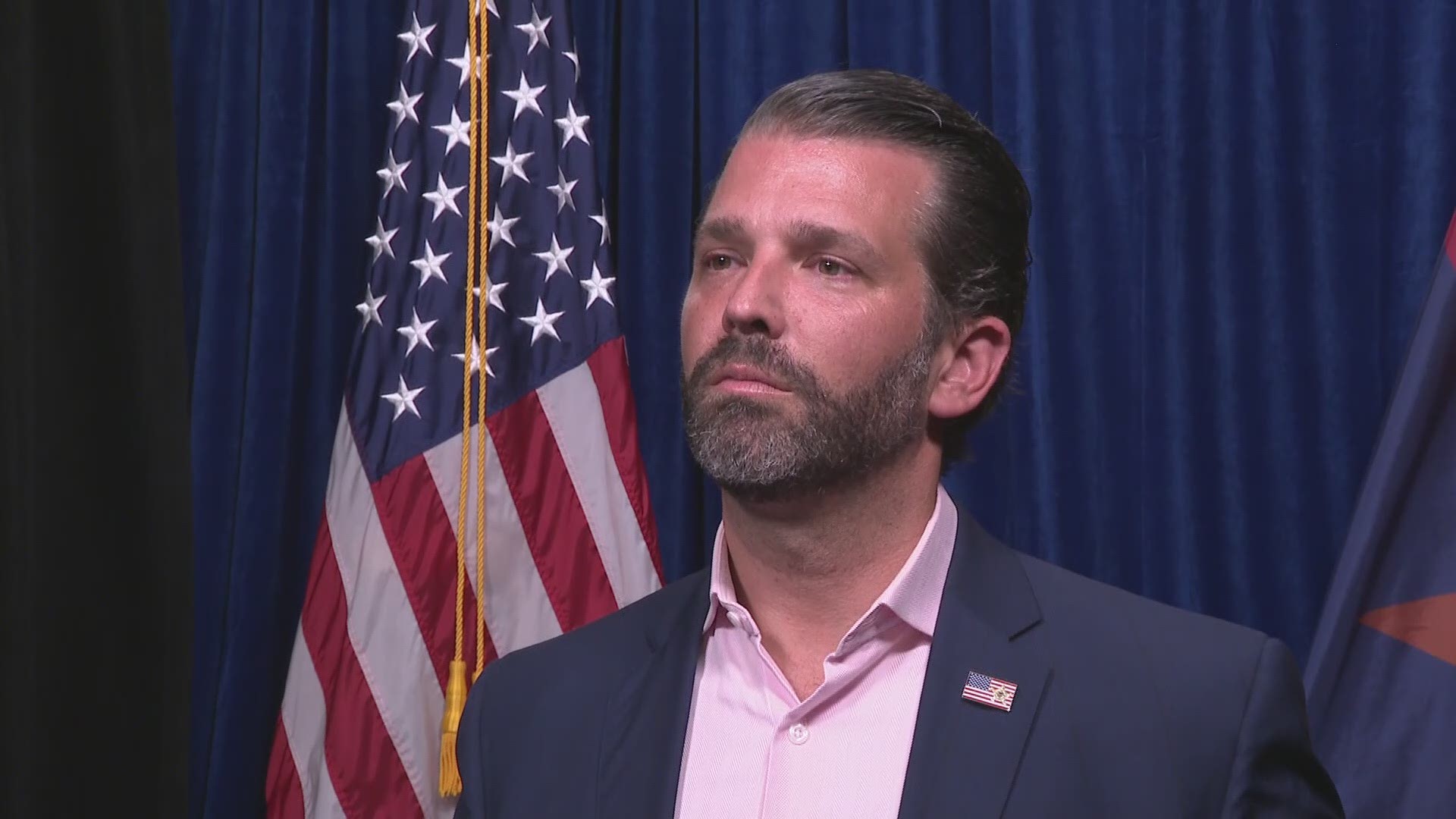 TOLEDO, Ohio — In another sign of how important Ohio is to the prospects of both major party presidential candidates, one of President Donald Trump’s surrogates will be making a stop in northwest Ohio on Monday.

The Trump campaign announced on Saturday that the president’s son, Donald Trump Jr., will be in Ohio and Michigan on Monday for three ‘Make America Great Again’ events.

After an event in Youngstown in the morning, Trump Jr. will be speaking at Nagle Companies at the Toledo Executive Airport in Walbridge in the afternoon.

RELATED: 'Ohio, we have a choice to make' | Vice President Pence campaigns for President Trump at Toledo Express