Secretary of State Frank LaRose said the signatures on the candidate applications did not match up. 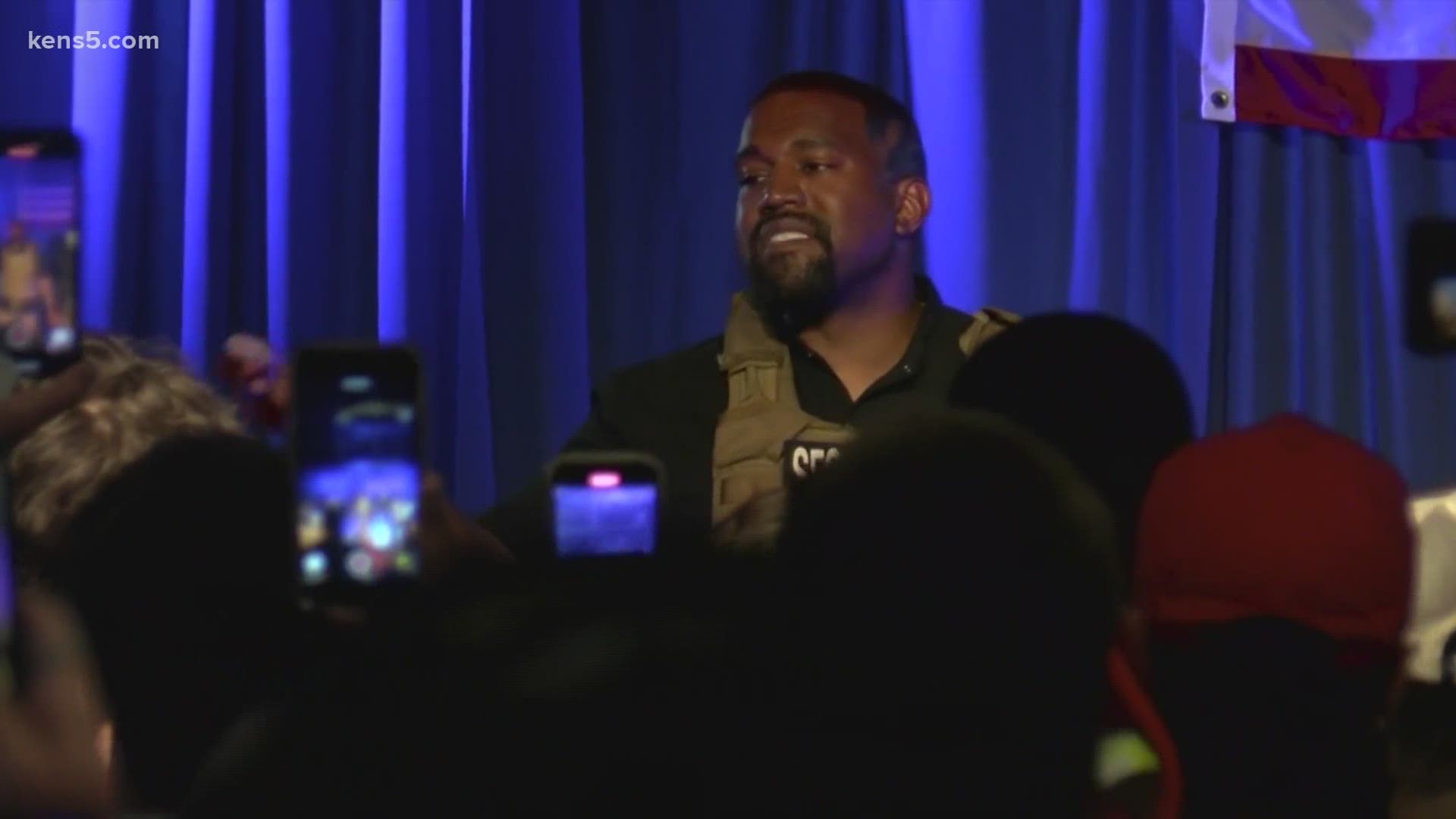 COLUMBUS, Ohio — It appears being elected President of the United States isn't as "Yeezy" as it looks.

Rapper Kanye West's application to appear on Ohio's presidential ballot was denied Friday by Secretary of State Frank LaRose. The decision came a little more than two weeks after West's campaign first filed for access, but the state says he did not meet the necessary requirements.

To appear as an independent presidential candidate in Ohio, individuals must obtain 5,000 valid signatures from registered voters in the state and submit the names of 18 potential electors for the purposes of the electoral college, should they win. It's unknown if West--running as a member of his self-developed "Birthday Party"--officially met either threshold, but it appears the main problem may have stemmed from just one signature.

The Secretary of State's Office released copies of both the original nominating petition and a statement of candidacy from the campaign, which included the signatures of both West and running mate Michelle Tidball. While West's signature appeared normal, Tidball's was clearly different on each paper, and therefore could not be verified.

"A signature is the most basic form of authentication and an important, time-honored, security measure to ensure that a candidate aspires to be on the ballot and that a voter is being asked to sign a legitimate petition. There is no doubt that the West nominating petition and declaration of candidacy failed to meet the necessary threshold for certification."

West's candidacy has brought widespread controversy, especially following a bizarre campaign event last month that had some questioning his mental state. His wife Kim Kardashian later came to his defense, pleading for "compassion and empathy" as West deals with the effects of bi-polar disorder.

But West's campaign continued, and so far he has been able to get his name on the ballot in five states but failed in several others either due to missed deadlines or irregularities. Even if he were to meet the requirements in all remaining states, he would not be able to theoretically capture the 270 electoral votes necessary to win the presidency.

Although his support in the polls has so far been negligible, many have accused West of only running to promote his music or to siphon Black voters away from Democratic nominee Joe Biden and therefore assist Republican incumbent Donald Trump, the latter of whom West has spoken highly of in the past. It has since been revealed that West has either worked or spoken with several individuals with ties to the Trump campaign--including the president's son-in-law Jared Kushner--which only raised further ethics questions.

West has until Monday to apply to be a write-in candidate in Ohio, in which voters would have to literally write his name in without seeing it pre-printed on the ballot. While that does not require a specific number of signatures, it makes the possibility of victory all the more unlikely.