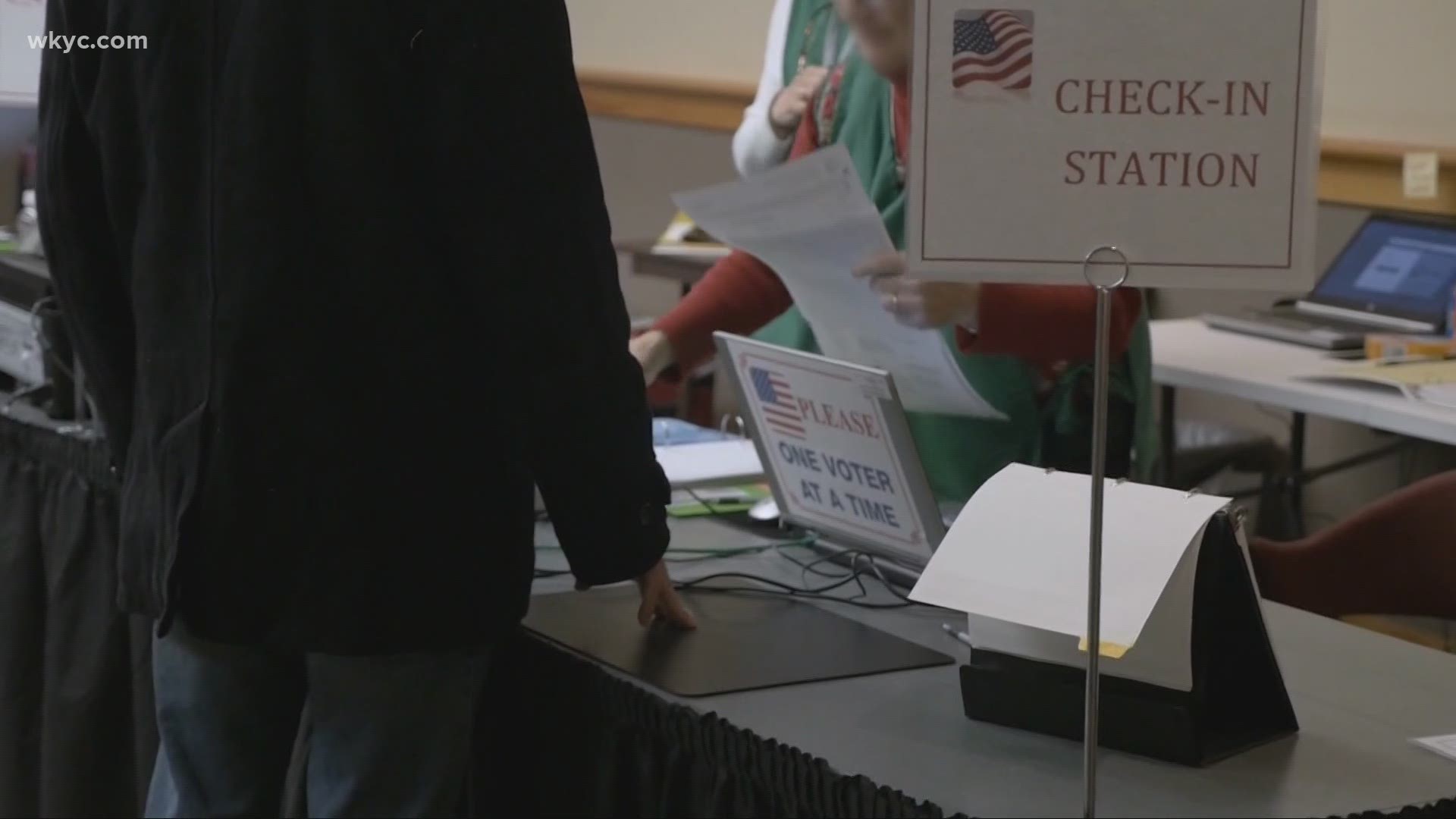 CLEVELAND — Absentee ballots destined for thousands of Ohio and Pennsylvania voters have been delayed after a Cleveland printing company was swamped with “unparalleled” orders from several county boards of election.

The delays affect about 14,000 voters in Summit County and 15 other counties on Ohio and western Pennsylvania. Lucas County is awaiting about 62,000 ballots.

Ballots are expected to arrive early next week, about two weeks before the Nov. 3 election.

ALSO: VOTER GUIDE | Everything you need to know about Ohio's 2020 election from important dates to finding your polling place

This year, because of the COVID-19 pandemic and a hotly-contested presidential election, Ohio has seen a record number of absentee ballot requests- over 2.4 million statewide, according to Ohio Secretary of State Frank LaRose.

The demand has left some election boards scrambling for a printer that could handle the demand.

On Thursday, Midwest Direct, the Cleveland printer located on the city's west side, said they are working with the Ohio Secretary of State and county boards to meet the demand.

“It is fair to say today that no one – not the various boards of elections, not Ohio’s Secretary of State, not our company – anticipated the staggering volume of mail-in ballot requests that has actually occurred,” the company said in a statement.

You can read the entire statement from Midwest Direct below:

Summit County contracted with the company last summer and its initial orders totaled about 95,000 absentee ballots. The ballots were expected to be mailed Oct. 6.

However, some voters’ ballots were received this week. The Summit board was awaiting about 14,000 more. However, when they were told this week that the printer could not deliver the ballots within 48 hours, the county elected to print, stuff the envelopes and mail the ballots using in-house staff, a spokesman said.

“Despite this unparalleled volume, we are getting ballots into the hands of voters quickly and accurately,” the printing company said in its statement. “Our staff is working sixteen hours every day to make sure everyone who wants a ballot in the counties we are serving gets one in time to cast their vote.

“We know how important this election is to everyone in our country and we pledge to do everything our company can to make sure the mail-in ballot process proceeds expediently.”

While the ballots are a concern to many counties, poll workers are not. Officials initially feared that Covid concerns would cause a shortage of workers.

In Cuyahoga County, the need for about 5,000 workers to cover 295 polling locations is on track to be met.

“We've got about 1% openings and about 80% of the people that are going to be assisting voters on election date have been trained and we are going to hire numbers that exceed our goals because we don't know what's going to happen on Election Day.”

West said the board is still looking to hire full-time seasonal workers to perform administrative work.

If you spot issues with the voting process over the coming weeks, be sure to let us know and we’ll look into them. You can even text our “Go Vote” team at 216-344-3300.