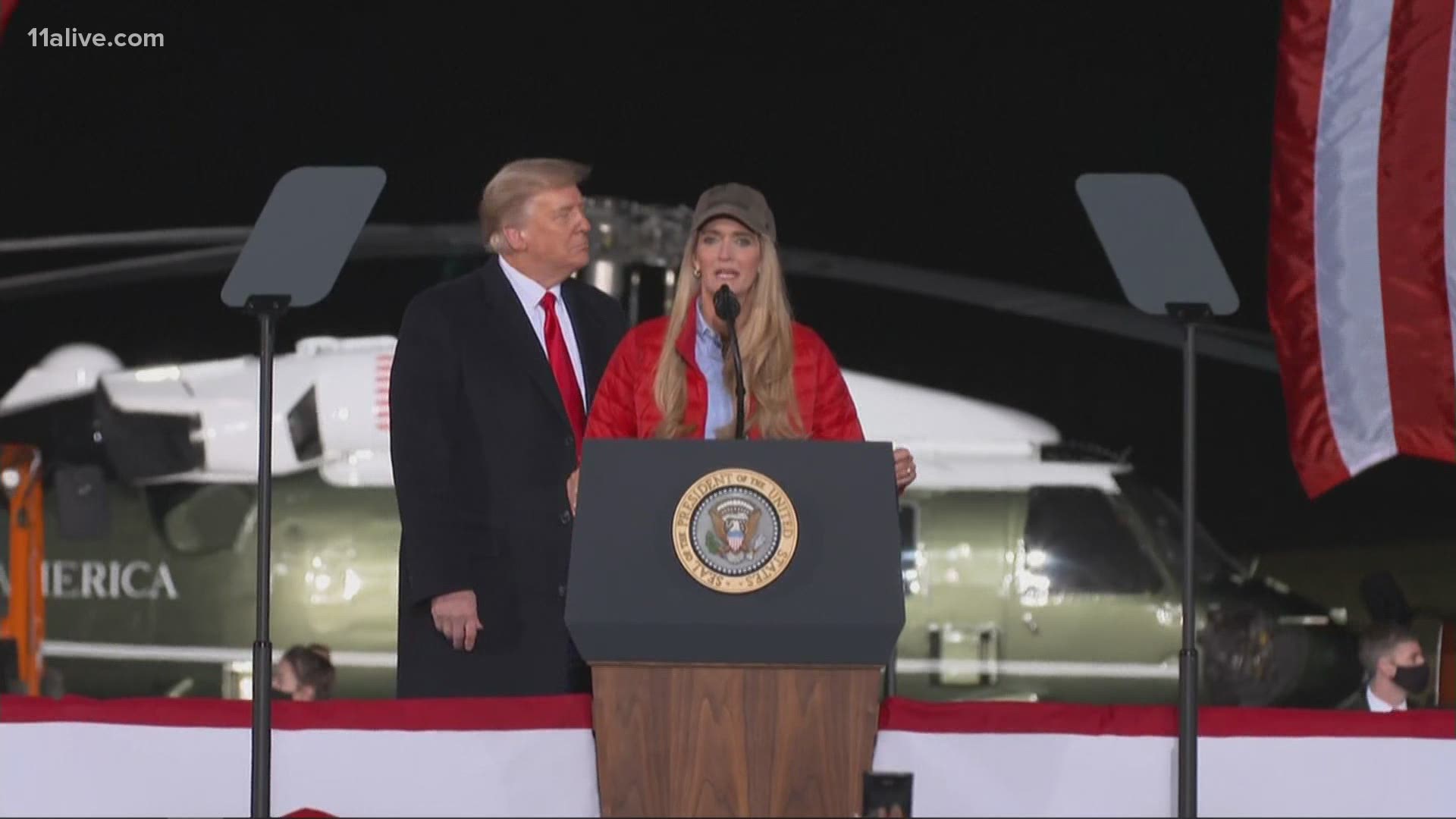 ATLANTA — Kelly Loeffler's campaign has announced that the Georgia U.S. senator intends to "support the objection to the Electoral College certification process" on Jan. 6.

The Republican Senator took the stage at a rally Monday night, where President Donald Trump pushed supporters to vote for Sen. Loeffler and David Perdue in Tuesday's election.

"I have an announcement, Georgia," she said. "On Jan. 6, I will object to the Electoral College vote."

Earlier in the evening, the Senator's office released a statement where Loeffler explained her reasoning.

"The American people deserve a platform in Congress, permitted under the Constitution, to have election issues presented so that they can be addressed," she wrote.

And while her actions appear to be in the spirit of a coalition of 11 other Republican senators led by Ted Cruz to challenge the outcome of the election, Loeffler will be objecting on her own - not as part of Cruz's collective effort to appoint an electoral commission to audit the results.

Last year, Loeffler sponsored a bill to create a bipartisan commission to review the 2020 election back in November and introduced legislation to increase criminal penalties for "bad actors who would attempt to interfere with free and fair elections." She intends to reintroduce both measures in this congressional session.

Despite many allegations shared by President Donald Trump and others, election officials on both sides of the aisle, including former Attorney General William Barr, have said there was no evidence of widespread fraud in the November elections.

Furthermore, the move to object to the Electoral College is not considered likely to change the election outcome. President-elect Joe Biden is still expected to be inaugurated on Jan. 20. However, the objections and challenges in Congress could prolong the process depending on how many are mounted.