This was a live blog from Sunday, Nov. 8. 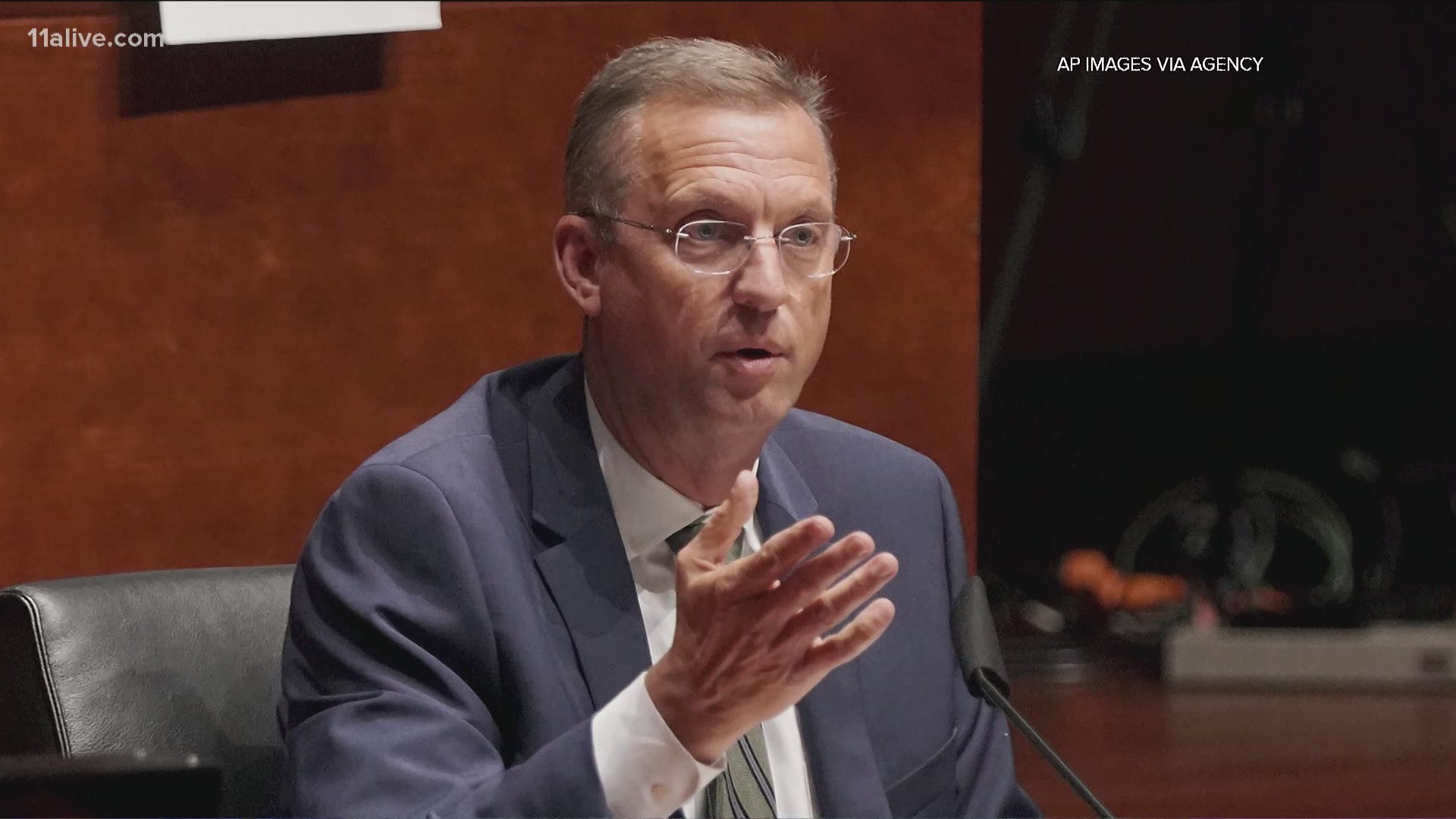 ATLANTA — Below is an archive of our Election Updates Blog from Sunday, November 8. To see Monday's blog, click here.

As partisans celebrated and protested Democrat Joe Biden’s victory, some Georgia counties are inching toward a final count of ballots in the state elections.

In Midtown and at Freedom Park in Atlanta, a rally broke into a dance party to celebrate the declaration of Biden's win. At the State capitol, hundreds of Trump supporters rallied to allege the election has been stolen from their candidate.

No substantiated allegations of fraud have come to light.

Voters can request an absentee ballot now for the race on January 5.

Our team of journalists will continue to be up around the clock to offer the latest developments and insights as the count goes on.

SATURDAY BLOG: Fulton County rescans certain ballots 'out of an abundance of caution'

Please note all times are E.T.

7:08 p.m. | President Donald Trump's campaign has announced that Rep. Doug Collins will lead their recount team in the state of Georgia. In the announcement, the campaign claimed a lack of transparency in vote tabulations and allegations of "irregularities and improper ballot harvesting." Joe Biden currently leads Trump by more than 10,000 according to the Georgia Secretary of State's Office.

5:43 p.m. | Gwinnett reports that Dominion Voting Systems technicians successfully "pushed the remaining non-provisional Gwinnett ballots to the Secretary of State's election reporting system." The county reports that 965 provisional ballots will now be reviewed by the Gwinnett County Board of Voter Registrations and Elections to determine their eligibility to be tabulated.

12 p.m. | According to 11Alive's Brendan Keefe, 37 counties have certified. We don't know the number of outstanding votes. Some military and overseas ballots arrived directly to the 159 counties. Those who have certified are done counting. Some, like Gwinnett, are still adjudicating provisional ballots but not until Monday.

11:45 a.m. | 11Alive has received clarification that voters can request an absentee ballot for the senate race runoff NOW. Those ballots will not be sent out by the Secretary of State's office until after Nov. 18. The deadline to register to vote for the runoff is Dec. 7. Early voting will begin on Dec. 14 and the election day is Jan. 5. You can request an absentee ballot here: ballotrequest.sos.ga.gov.

To answer a question we're getting a lot at 11AliveNews,  you don't need to re-register, if your registration was current for the general election.  But it never hurts to double check your status! https://mvp.sos.ga.gov/MVP/mvp.do

5:55 a.m. | Both Trump and Biden supporters took to the streets of Atlanta for much of the afternoon and into the night on Saturday. In Midtown, streets were blocked as people danced, cheered and waved flags.

1 / 9
11Alive
The residents of metro Atlanta spared no time as they hit the streets to both celebrate Biden's and Kamala Harris' win or rally in the name of President Donald Trump.