The board says roughly 500 workers have called off, raising concerns about efficiency of Tuesday’s primary. 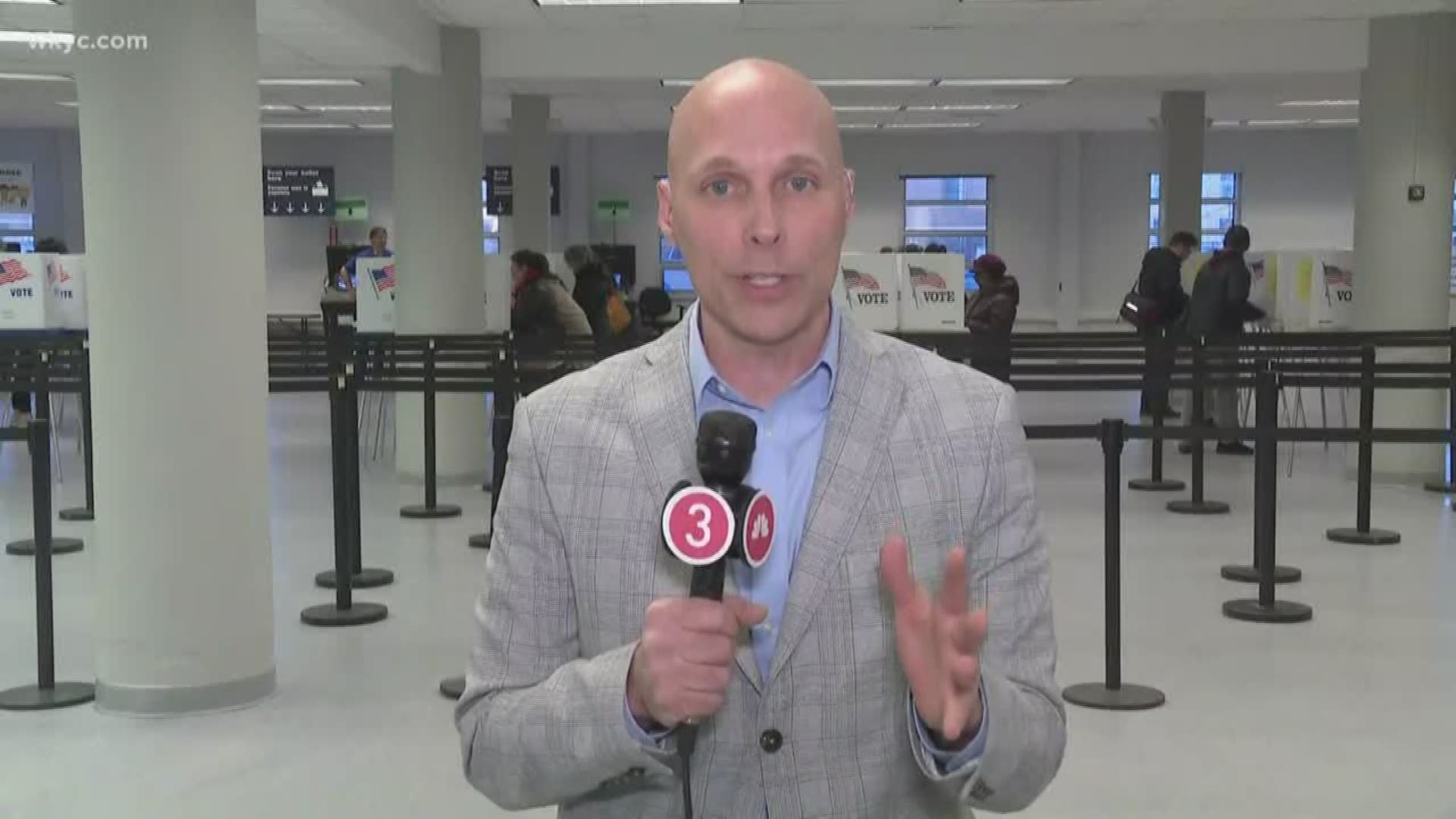 CLEVELAND — The Cuyahoga County Board of Elections is seeking more poll workers for Tuesday’s presidential primary.

At least 300 poll workers previously scheduled to work Tuesday have dropped out, sources told 3News. The board later confirmed the number was actually around 500 in a Friday press conference.

Though elections officials typically recruit far more people that they generally need on Election Day, the board is still seeking additional workers as of today. This suggests concerns about the spread of coronavirus is impacting its operations.

Secretary of State Frank LaRose’s ordered some voting locations from nursing homes. The board sought 4,000 poll workers and related staff for this year’s elections, according the spokesman Mike West. In the 2016 primary election, the board paid workers up to $200 a day.

Director Anthony W. Perlatti said three factors are contributing to the shortage, including the earlier primary this year. He said some people who help out each year vacation in Florida but don't return until April. He said they lost workers to the U.S. Census, which recruited temporary workers and which pays a higher wage. And, he said, the coronavirus has contributed. Board Member Rob Frost said college students typically provide an important workforce but have been sent home because of the virus.

Cuyahoga County currently has 327 polling locations and nearly 1,000 precincts, which each require four poll workers. (Earlier version reported incorrect precinct number.)  The board also relies on temporary workers to coordinate workers, manage the setup of machines and staff the warehouse where voting machines are prepared.

The Columbus Dispatch reports that Franklin County, which includes Columbus, has lost 223 poll workers in the past two days. The paper said the Franklin County Board of Elections is losing more workers than it gains each day, leaving it 291 people short of a full staff of 3,500.

3News contacted several Northeast Ohio elections boards and found Lorain County lost 15 people Thursday and a “significant number” Friday morning, according to Director Paul Adams. He said that the board is holding additional training this weekend.

In Lake County, Director Ross McDonald said, “We will be fine.”

Geauga County Director Pete Ziegler said 30-35 people have called off though he said the board has gained some volunteers.

Louisiana announced today that it will postpone its April 4 presidential primary, making it the first state to do so. Louisiana Secretary of State said the election will pushed back to June 20.

RELATED: Election day and coronavirus: How Ohio is preparing

LIST: Here are the Cuyahoga County voting locations that are changing due to coronavirus concerns