Cheers and celebrations in Midtown, Trump supporters at Capitol after Biden-Harris projected winners of presidential election

The news quickly lit up the airwaves and social media, and spontaneous celebrations and rallies - for both candidates - broke out across the city. 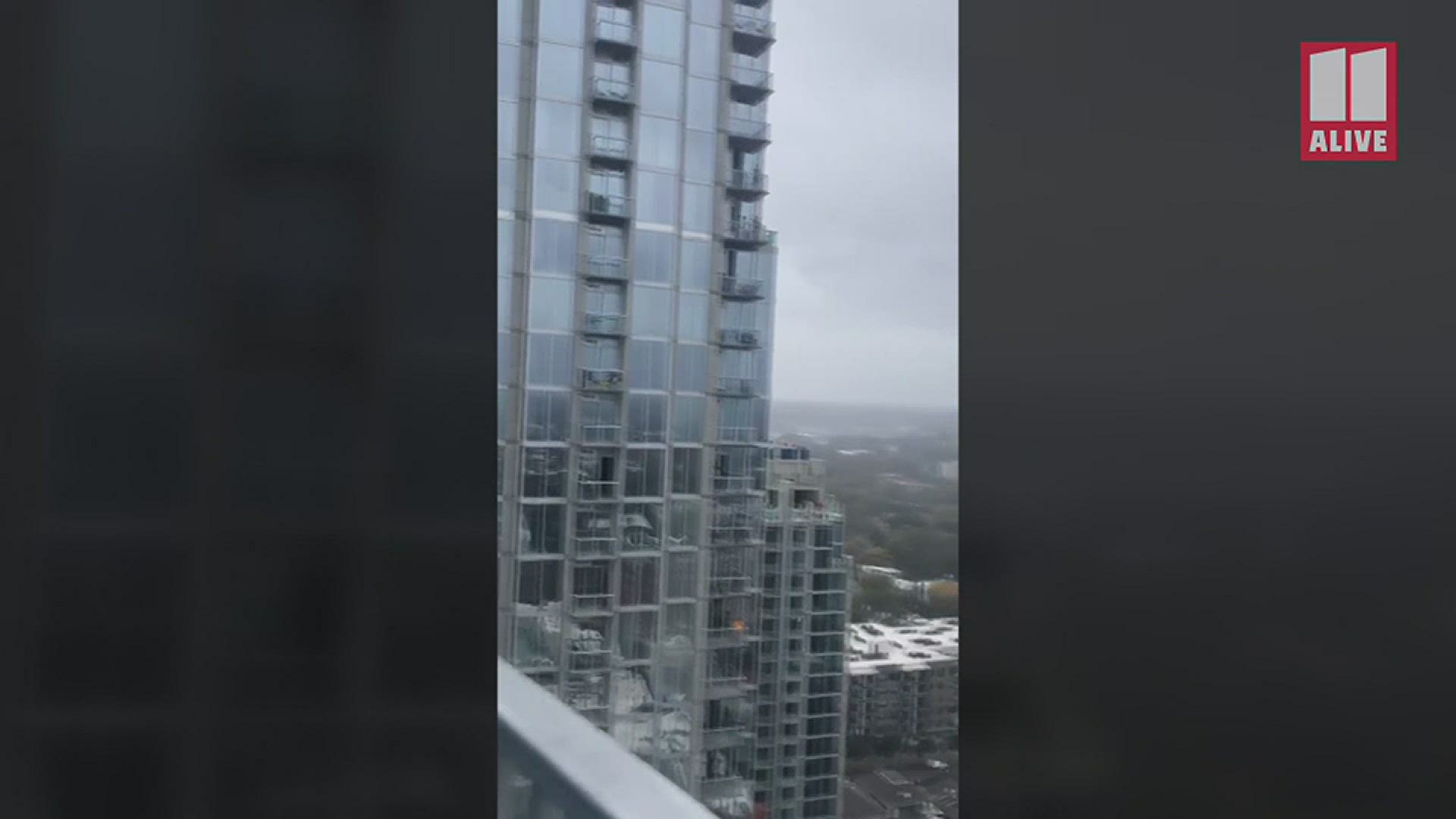 The news quickly lit up the airwaves and social media, and spontaneous celebrations and rallies - for both candidates - broke out across the city. Similar celebrations also sprung up in cities across the nation.

In Midtown, cheering and clangs from pots and pans being hit - similar to the nightly rounds of applause for frontline essential workers early on in the pandemic - echoed up from apartment buildings.

Atlanta breaking out in cheers after the election is called for Biden. pic.twitter.com/xZgzSDB0aB

And at Atlanta's well-known rainbow crosswalk at the intersection of 10th Street and Piedmont Avenue - the heart of Midtown - people flooded into the streets to celebrate.

I was just driving home. There are thousands of people in the city of #Atlanta out in the streets cheering and celebrating. An entirely different scene and attitude from four years ago. pic.twitter.com/Z5Gx1GpqGD

Meanwhile, Trump supporters gathered at the Georgia State Capitol to host their own rally in support of the President, waving Trump-Pence flags and signs. A Trump 2020 bus even drove through, trailed by Biden-Harris supporters.

Trump supporters are now rallied at the Georgia state capitol after the 2020 presidential election was called for Joe Biden.

The race was called after the AP reported Biden winning PA.

The moment a Trump campaign bus drove by hundreds of Trump supporters rallying outside the Georgia State Capitol in downtown Atlanta. This happened within the hour #elections pic.twitter.com/z1g8WDkaCN

Biden, who was already leading in the race for the 270 electoral college votes, was pushed over the finish line after leads in Pennsylvania and Nevada continued to grown. Biden was ultimately projected to win both states, effectively ending President Trump's quest for re-election. The President, however, has said he has no plans to concede and threatened to take unspecified legal action in the coming days.

1 / 9
11Alive
The residents of metro Atlanta spared no time as they hit the streets to both celebrate Biden's and Kamala Harris' win or rally in the name of President Donald Trump.