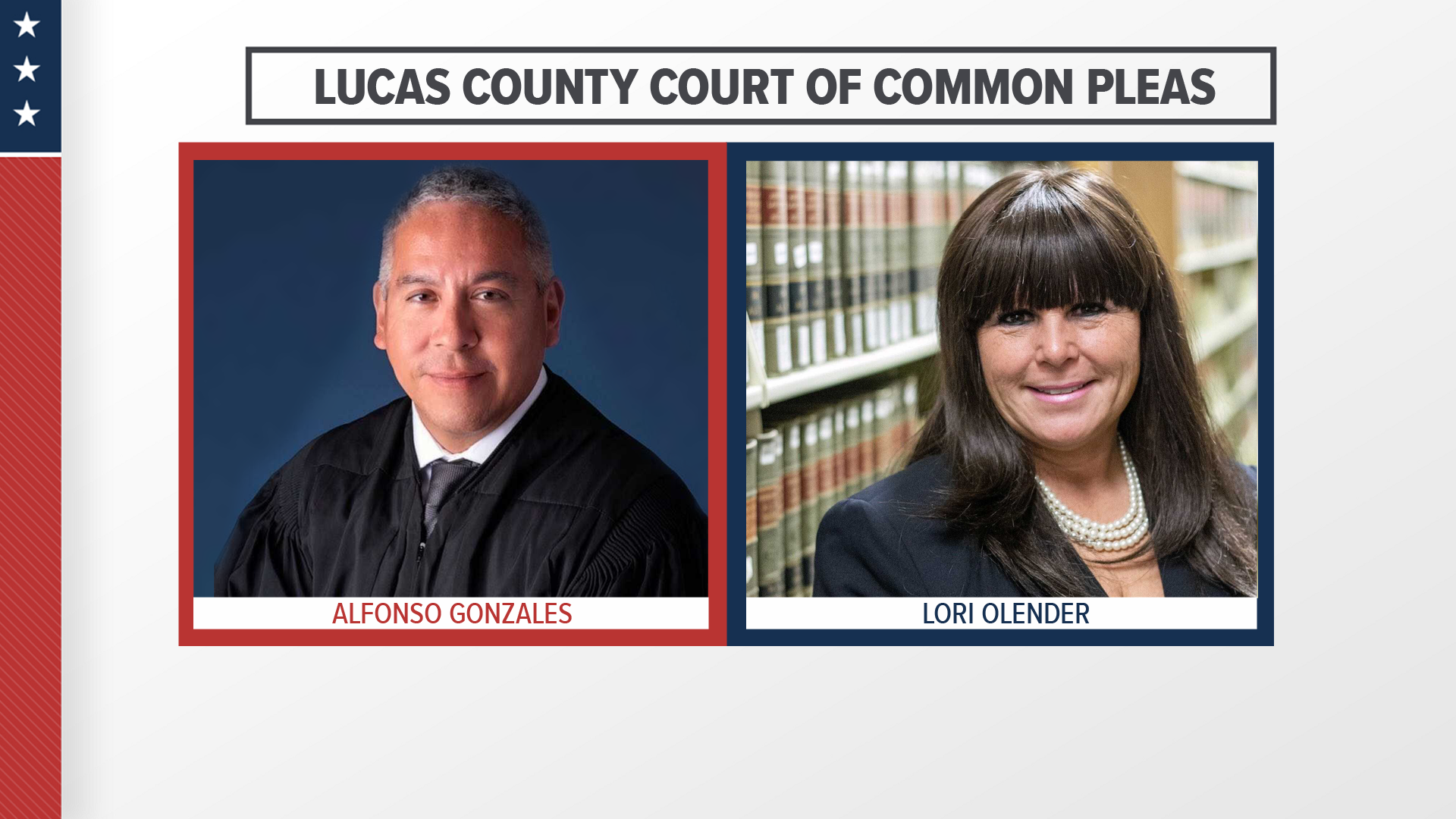 LUCAS COUNTY, Ohio — According to the unofficial results in Lucas County, Lori Olender has beat out Judge Alfonso Gonzalez for common pleas judge in the Lucas County Court.

Olender worked in the Lucas County prosecutor's office as a supervisor for the juvenile division specializing in child abuse cases before being elected as judge.

She began her career working as a public defender in Juvenile Court, and says the amount of cases she has seen as a prosecutor has prepared her to be a judge.

In 2019, Governor Mike DeWine appointed her contender Judge Alfonso Gonzalez to the Lucas County Court of Common Pleas, when Judge Gene Zmuda was elected to serve on the Ohio Sixth District Court of Appeals.

The general election is non-partisan. Neither candidates party affiliation will appear on the ballot.

Gonzalez was born and raised in Findlay and is the son of Mexican immigrants.

Several months after his appointment, Gonzalez was arrested for an OVI in Hancock County.

“Certainly defense attorneys have kind of come up to me right afterwards and said, 'You know what? This kind of makes us a little bit more comfortable with you, because you have perspective on what our clients see.' And thought I had it already anyway, but that certainly comes into the forefront when I'm thinking about cases," said Judge Gonzelez.

Before his appointment, Gonzales worked for 4 years as a magistrate with the Lucas County Common Pleas Court, Domestic Relations Division.

Olender was born and raised in Toledo.

She received a bachelor's degree in Secondary Education at the University of Toledo as well as her law degree.

Olender is a veteran in the Lucas County prosecutor's office, and works as a supervisor for the juvenile division, specializing in child abuse cases.

She began her career working as a public defender in Juvenile Court.

Olender has been questioned about using a career in the prosecutor's office as a stepping stone to the bench.

However, she says the amount of cases she has seen as a prosecutor has prepared her well for being a judge.

“The criminal part of the job is only 25% of the docket, however, it’s the fastest moving and it’s the one you really have to be the most knowledgeable. You have someone’s life in your hands,” said Olender.