The announcement comes two months after the former Ohio Department of Health Director said she would consider a run in 2022. 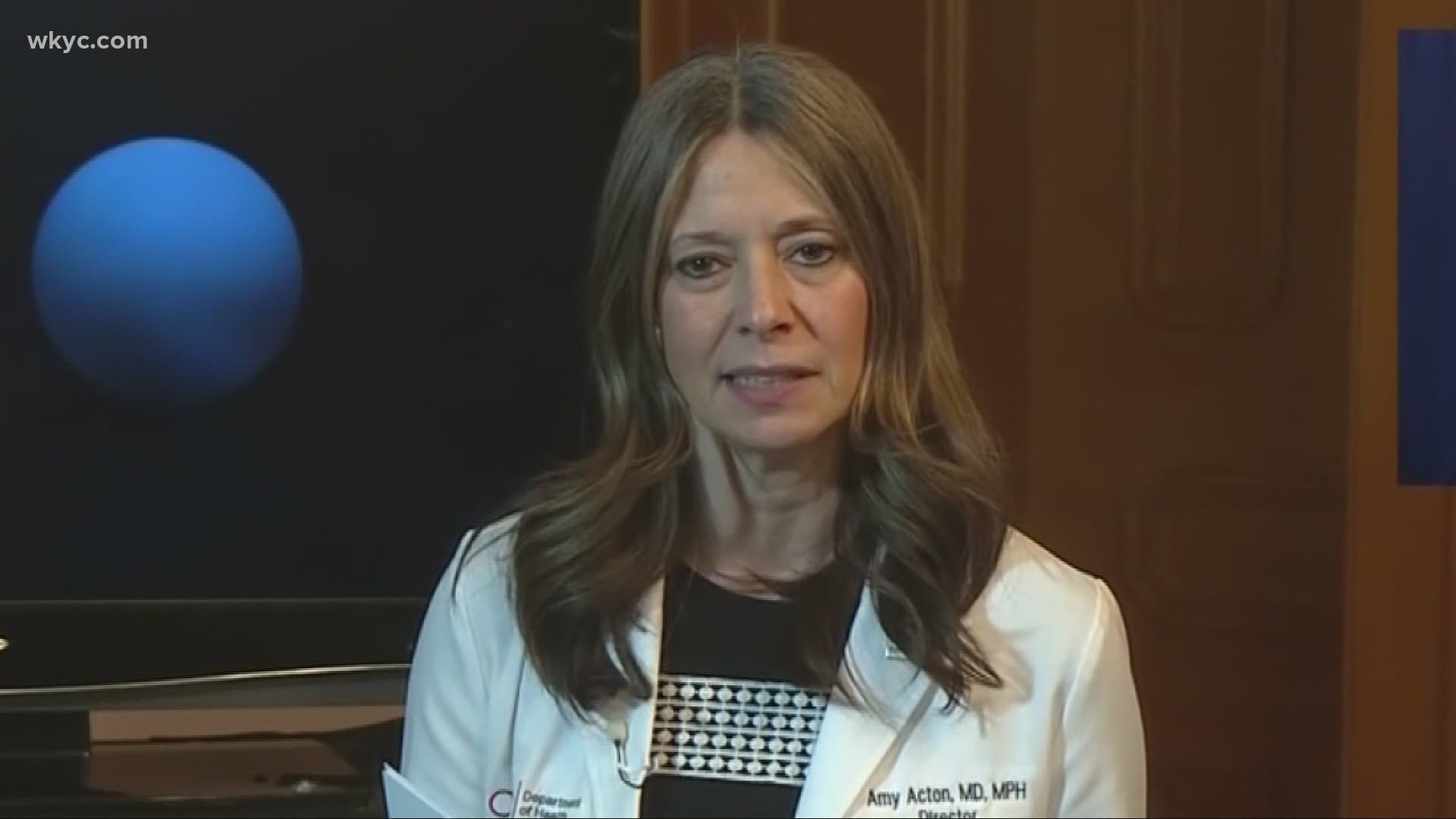 BEXLEY, Ohio — When Senator Rob Portman (R-Ohio) announced in February that he won't seek re-election in 2022, one of the most intriguing candidates speculated to be a potential replacement was former Ohio Department of Health Director Dr. Amy Acton.

But two months after stepping away from her position at the Columbus Foundation to consider a run as a Democratic candidate, Dr. Acton has decided not to throw her hat in the ring, announcing on Tuesday that she won't be running for Ohio's open Senate seat in 2022.

"It has been a tremendous honor to be asked to consider a run for the U.S. Senate. Like many of you, I have a profound reverence for the office, and for those who have answered the calling to public service. As such, I have given it my most thoughtful and deliberate consideration," she said in a statement.

"Please know I am deeply grateful for the outpouring of support from my fellow Ohioans, and from across the country. I especially wish to express my heartfelt appreciation to all who have worked quietly behind the scenes to help me consider this path. While I am not entering the race for U.S. Senate, I recognize there is a genuine longing for a fresh approach to leadership that is honest, collaborative, and empowering."

"Ohioans - do not accept anything less from your elected officials. Our leaders’ words and actions matter. We must set the bar higher," she continued.

After assuming the role of Ohio Department of Health Director under Gov. Mike DeWine in 2019, Acton went on to become one of the faces of the state's response to the coronavirus (COVID-19) pandemic. Despite earning national recognition for her work amid the pandemic, Acton became a polarizing figure in the state, especially among Republicans who felt the state's measures had become too strict.

Last June, Acton stepped down from her position as health director but remained an advisor to DeWine until August. In an interview with The New Yorker, Acton explained that she feared she would be forced to sign orders that would go against her Hippocratic oath to do no harm.

Some polling had indicated that Acton was the early frontrunner to receive the nomination in the Democratic party. Other Democratic candidates in Ohio who have been linked to a potential 2022 U.S. Senate runs include Rep. Tim Ryan and Dayton Mayor Nan Whaley.