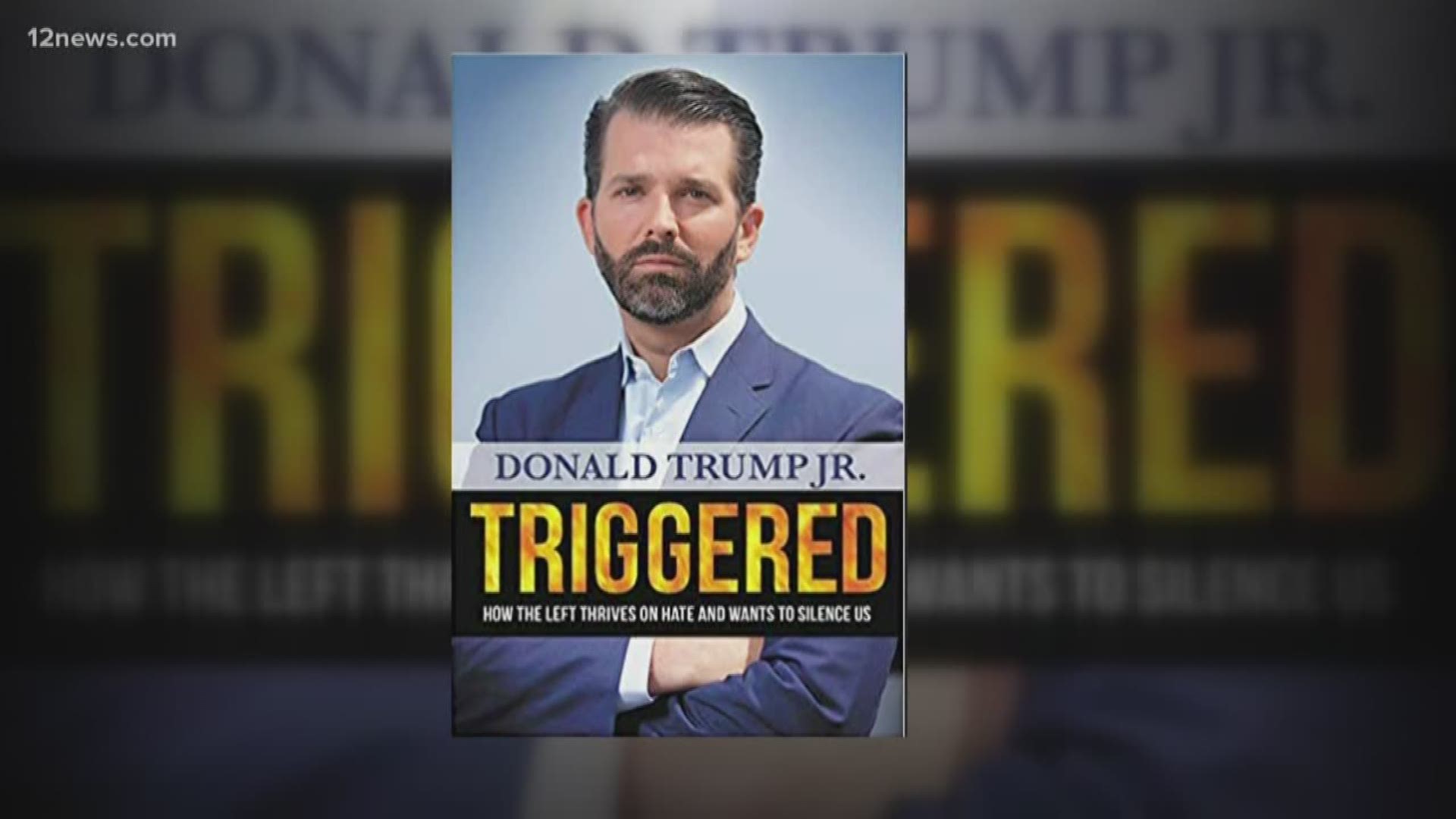 PHOENIX — Donald Trump Jr.'s new book is titled "Triggered: How the Left Thrives on Hate and Wants to Silence Us."

The president's son has a well-earned reputation for triggering people.

"He stirs people up," Brenda Priddy of Goodyear said. "It's not the type of atmosphere that seems appropriate for a Costco."

Trump Jr. will be signing and selling his new book Monday at a Costco Warehouse in north Scottsdale.

That has some shoppers at the members-only store wondering what Costco is doing, given the company's explicit policy against politics in stores.

Here's what's bugging Priddy and other shoppers: Trump Jr. is one of his father's most popular spokesmen on the campaign trail. The book signing comes amidst a presidential campaign. The book signing feels like a campaign event, with promotion by the Arizona Republican Party.

"This seems more like a political event than a typical book signing," said Priddy, who describes herself as a registered independent and the No. 1 Costco fan in Arizona.

"A big Friday night date is doing samples at Costco," she said. "I even have Costco-logoed pajamas."

"We respect the choices our members make, so we do not take positions on social issues, we are not involved in partisan politics, and we do not contribute money to political candidates or issues.

"When you visit a Costco warehouse, we want you to feel welcome. And, after gathering much feedback, we have found that the majority of our members appreciate the fact that our atmosphere is devoid of politics—so we strive to keep it that way. Your comfort and satisfaction is our No.1 priority."

12 News asked Costco why it would host a book signing by a surrogate for President Donald Trump during a presidential campaign. The e-mailed response from a spokeswoman didn't quite answer the question:

"We understand that each book or author will not be the preference of every member. We monitor sales closely to ensure we have a varied product mix for our members. At Costco, our book space is limited. We exercise discipline with our selection based solely on what our members are buying."

The Arizona Republican Party's role in promoting the event has also raised questions on social media.

The party posted an EventBrite invitation, with a link to tickets, that was later taken down.

A GOP spokesman says it was taken down because of "the size of the response and limited capacity" at the store.

The invitation said the cost of a signed book was $30. The store says it's $17.99. The GOP spokesman didn't provide an explanation on the price difference.

The book-signing's timing on Veterans Day could be awkward.

Trump Jr. took flak from veterans late in the week over a passage in his book on his visit to Arlington National Cemetery. He compares the ultimate sacrifice by American servicemen and women to his own family's financial sacrifice when his father was elected president:

"I rarely get emotional, if ever... Yet, as we drove past the rows of white grave markers, in the gravity of the moment, I had a deep sense of the importance of the presidency and a love of our country. I was never prouder of my father than when I watched as he stood before the (Tomb of the Unknown Soldier), his hand over his heart, while the Army bugler played 'Taps.'

"In that moment, I also thought of all the attacks we'd already suffered as a family, and about all the sacrifices we'd have to make to help my father succeed — voluntarily giving up a huge chunk of our business and all international deals to avoid the appearance that we were 'profiting off the office...'"

"Frankly, it was a big sacrifice, costing us millions and millions of dollars annually... Of course, we didn't get any credit from the mainstream media, which now does not surprise me whatsoever at all."

The passage drew a sharp rebuke from Democratic Congressman Ruben Gallego, of Phoenix, a Marine veteran of Iraq:

The book signing is from 2 to 4 p.m. Monday at the North Scottsdale Costco on Hayden Road near Frank Lloyd Wright Boulevard.