Whaley was in Westerville ahead of the fourth Democratic debate. 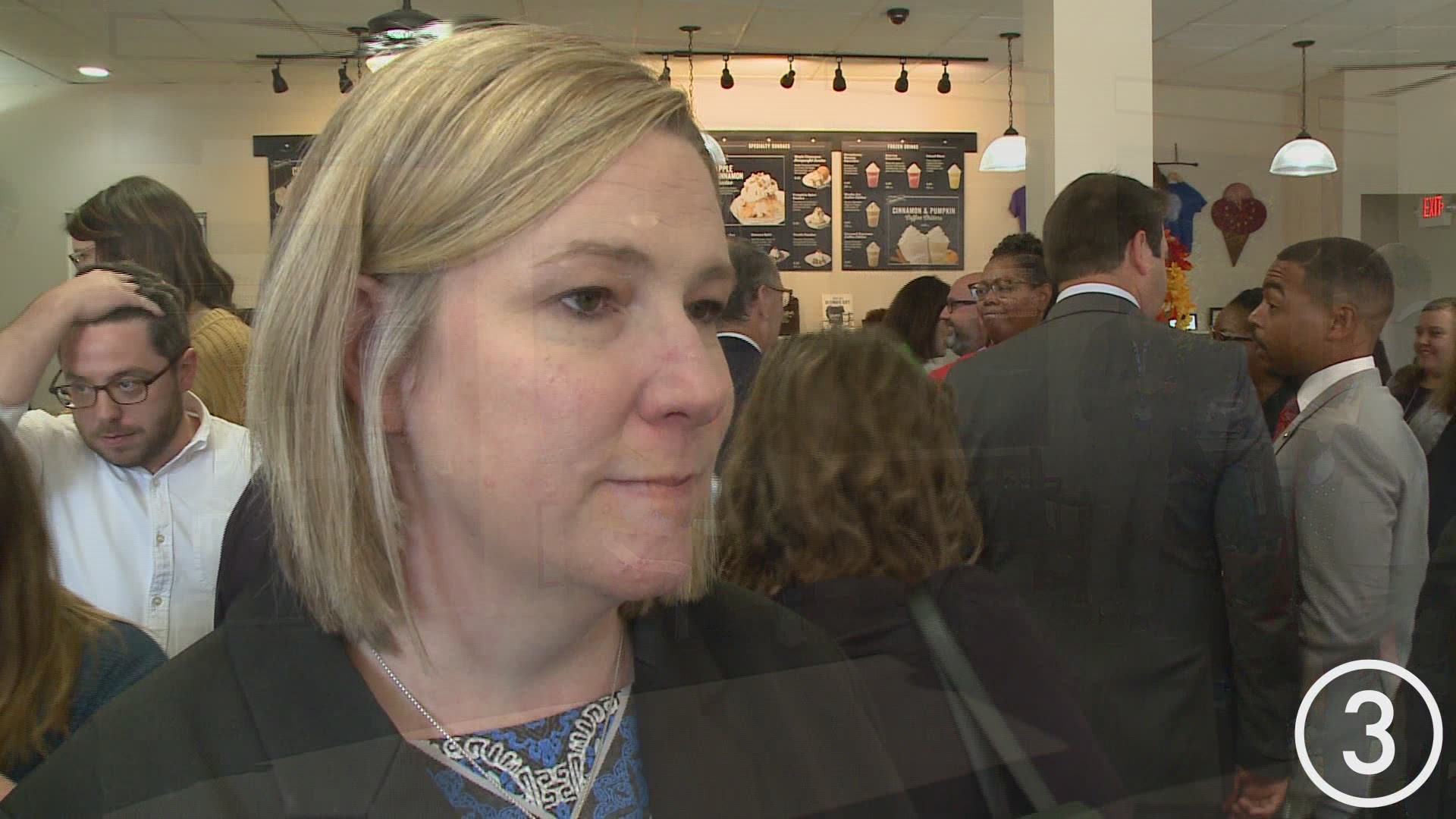 Whaley has been vocal on gun reform following the deadly mass shooting that claimed nine lives in Dayton's Oregon District in August. The shooter, 24-year-old Connor Betts, carried an "AR-15 like" rifle during the shooting, until he was shot and killed by police outside a bar. He also wore a mask, ballistic vest and hearing protection.

"I’m pleased that we’re seeing it discussed on the debate stage, discussed by the party leaders," Whaley told 3News. "I see Speaker Pelosi speak all across the country, and guns come up every single time. And you know what, what you’re seeing is action coming nationally from the House that has Democratic control, and nothing happening from the president or the Senate."

Whaley called on lawmakers on both sides of the aisle to make a push for gun reform in the days following the shooting, including Ohio Gov. Mike DeWine. DeWine joined Whaley in Dayton for a vigil to remember the victims, where he was met with chants of "Do something!" from the crowd.

RELATED: 'Do something!' | Crowd drowns out Ohio Gov. Mike DeWine's speech at vigil honoring those killed in Dayton mass shooting

"We know that nine out of 10 Americans want this background check," Whaley said Tuesday. "It is something that is the most popular action in this country, so it’s going to make sense that we’re going to talk about it, because if we had a Democrat in the White House, we would have automatic background checks."

Tuesday night's debate will air at 8 p.m. on CNN from Otterbein University. Twelve candidates will participate, including current front runner Sen. Elizabeth Warren, former Vice President Joe Biden and Sen. Bernie Sanders, who is returning to the spotlight after suffering a heart attack earlier this month.

RELATED: Here's how to watch the fourth Democratic primary debate if you don't have cable