'Rooted': How these Texas lawmakers plan to ban hair discrimination through The CROWN Act

All across the country, a movement to ban discrimination of Black hair and natural hairstyles is growing, including right here in Texas. 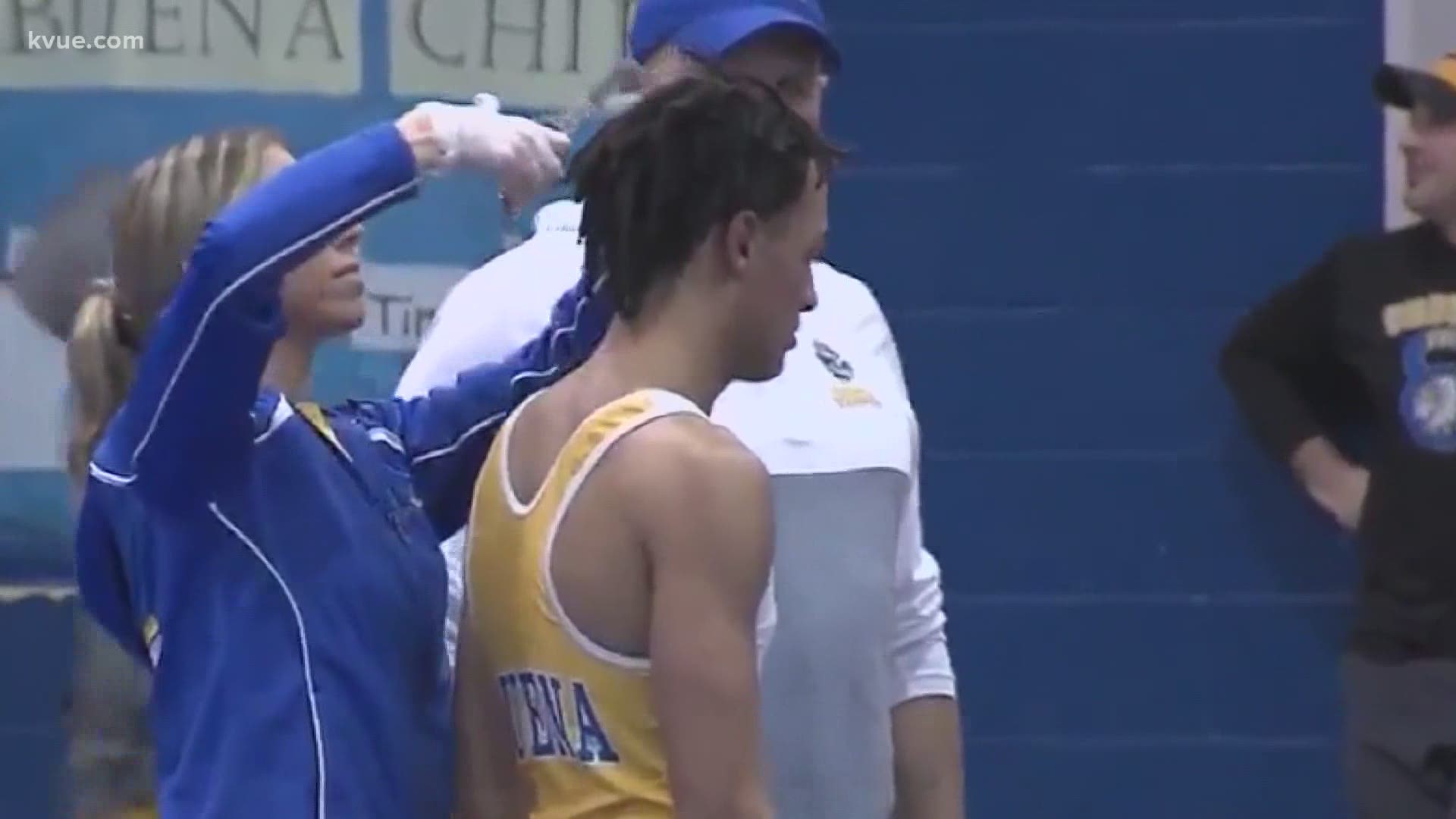 TEXAS, USA — Hair. Every day you see people wear their hair in various styles and chances are you don't think anything of it. But for so many of your friends, neighbors and co-workers, wearing their hair in the exact same styles is met with a dose of discrimination – all because the texture is different.

In this installment of WFAA's "Rooted" series, we're looking at how a group of Texas lawmakers are confronting the discrimination so many Black women and men face, simply because of their natural hair.

Hair discrimination was put on full display in 2018. A referee told a high school wrestler in New Jersey he had to cut off his locs before a match or forfeit. Video of the incident went viral.

Lawmakers across the country spoke out and, in 2019, California became the first state to pass The Creating a Respectful and Open World for Natural Hair Act, commonly known as The CROWN Act. To put it plainly, the law states a person can't be denied employment and educational opportunities because of the texture of their hair or for wearing it in protective styles – including braids, locs and twists.

As one state was passing policies to protect Black hair, Texas was getting national attention for penalizing it.

"I was called down to the office every day," De'Andre Arnold recalled. "It's a crazy feeling because it's like, what is going on? Why are they doing this to me? Like it's confusing, it's depressing and it's stressful."

Last year, Arnold was suspended from Barbers Hill High School outside of Houston and banned from walking the stage at his high school graduation because he wouldn't cut the locs he had been growing since he was 12 years old.

"You would think it's just hair, but no, it's not like that. It's actually a part of who I am," he said.

"Growing up around my dad's side of the family, they're from Trinidad and Tobago ... this is something you see all the time, you see dreadlocks. And it's like me, seeing that as a kid, it's like I really want to be a part of this. I want to emulate this and express this culture. I like this."

One year later, the district's policy requiring the length of male students' hair to be above the collar hasn't changed.

He met with Arnold shortly after learning about what was happening to him.

"I applauded him for taking a stand, for being willing to stand on principle and he wasn't willing to conform to what the school deemed acceptable in terms of hair," Reynolds said.

In February 2020, Reynolds and the members of the Texas Legislative Black Caucus vowed to fight hair discrimination the next time the legislature met. That time is now.

Reps. Reynolds, Rhetta Bowers (D-Garland) and Shawn Thierry (D-Houston) all filed versions of The CROWN Act. For them, it's a show of solidarity.

"To impose a European standard of hairstyle on people of African descent is not equity," said Rep. Thierry. "And so it's time that in the State of Texas, that we get on board and we make a statement that we believe in African Americans right to just be and wear their God-given natural hair texture."

Rep. Reynolds and Sen. Borris Miles (D-Houston) filed a bill in both chambers to ban discrimination against people who wear their hair in braids, locs or twists in Texas schools and businesses.

"You should be judged on your merits and not how you wear your hair," said Reynolds.

Bowers' version of the bill goes one step further and ensures people with natural hairstyles can't be discriminated against in housing.

"In our style and whether that's hair or wardrobe, that is an expression of yourself," Bowers said. "And you should feel in school, in the workplace and in where you live, you should feel comfortable to be yourself."

"Without cultural competency, they really don't have an appreciation or awareness for what our hair means to us as African Americans," Thierry said.

"Our goal is, is united," Reynolds explained. "To make sure that in Texas that we ban discrimination based upon a hair."

And this legislation is personal. Bowers' nephew wanted to wear his hair in twists. Reynolds' daughter was told not to wear braids at an internship. And Thierry's daughter came home from elementary school crying after hearing a teacher berate a Black classmate with a racist comment about her classmate's hair.

"There are a lot more stories than we've ever really heard of. I think it was something that was swept under the rug kind of at everyone's kitchen table, those conversations. But this is legislation that is necessary," said Bowers.

Lawmakers in seven other states saw the necessity and have already passed The CROWN Act. Texas lawmakers now have three months to get it on Gov. Greg Abbott's desk.